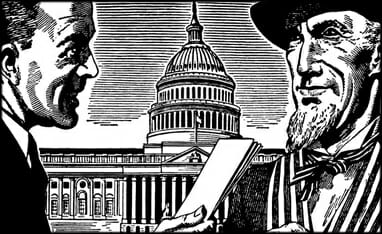 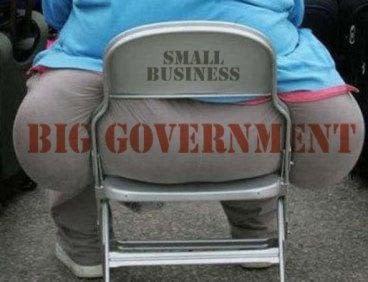 Here is a comment via my LIVELEAK (rough language warning):

Pai is right. The neutrality storm is being shilled up by the content providers that are scared they will have to actually start paying market rates for their access. The loudest is Netflix, and anybody with at least two brain cells (and a functioning ability to give a shit) know that’s the bunch that melted down a lot of peering among the major networks while screaming for those same networks to increase Netflix’s transit capacity for free. They stir the ignorant masses up with bullshit about ‘equal access’ while their data accounts for up to 70% of the total internet bandwidth demand and 90/10 asymmetrical peering transits. They talked the weak Obama administration into legislation to favor their business, calling it “Net Neutrality” and are now pissed they are about to lose that favoritism.

The stupid sheep are screaming that ISPs will fuck them over with fees and blocked content while the fat cat content providers sit back and grin at how easy it is to manipulate their minions. The internet was created and ran just fine for twenty years before the unnecessary Obama “Net Neutrality” doctrine. The doomsday claims of the NN bunch are belied by the facts.

Wanted to get this portion of an important article here — via THE MISES INSTITUTE:

The biggest myth of all in this regard is the notion that telephone service is a natural monopoly. Economists have taught generations of students that telephone service is a “classic” example of market failure and that government regulation in the “public interest” was necessary. But as Adam D. Thierer recently proved, there is nothing at all “natural” about the telephone monopoly enjoyed by AT&T for so many decades; it was purely a creation of government intervention.”54

Once AT&T’s initial patents expired in 1893, dozens of competitors sprung up. “By the end of 1894 over 80 new independent competitors had already grabbed 5 percent of total market share … after the turn of the century, over 3,000 competitors existed.55 In some states there were over 200 telephone companies operating simultaneously. By 1907, AT&T’s competitors had captured 51 percent of the telephone market and prices were being driven sharply down by the competition. Moreover, there was no evidence of economies of scale, and entry barriers were obviously almost nonexistent, contrary to the standard account of the theory of natural monopoly as applied to the telephone industry.56

The eventual creation of the telephone monopoly was the result of a conspiracy between AT&T and politicians who wanted to offer “universal telephone service” as a pork-barrel entitlement to their constituents. Politicians began denouncing competition as “duplicative,” “destructive,” and “wasteful,” and various economists were paid to attend congressional hearings in which they somberly declared telephony a natural monopoly. “There is nothing to be gained by competition in the local telephone business,” one congressional hearing concluded.57

The crusade to create a monopolistic telephone industry by government fiat finally succeeded when the federal government used World War I as an excuse to nationalize the industry in 1918. AT&T still operated its phone system, but it was controlled by a government commission headed by the postmaster general. Like so many other instances of government regulation, AT&T quickly “captured” the regulators and used the regulatory apparatus to eliminate its competitors. “By 1925 not only had virtually every state established strict rate regulation guidelines, but local telephone competition was either discouraged or explicitly prohibited within many of those jurisdictions.”58

The theory of natural monopoly is an economic fiction. No such thing as a “natural” monopoly has ever existed. The history of the so-called public utility concept is that the late 19th and early 20th century “utilities” competed vigorously and, like all other industries, they did not like competition. They first secured government-sanctioned monopolies, and then, with the help of a few influential economists, constructed an expost rationalization for their monopoly power.

This has to be one of the greatest corporate public relations coups of all time. “By a soothing process of rationalization,” wrote Horace M. Gray more than 50 years ago, “men are able to oppose monopolies in general but to approve certain types of monopolies. … Since these monopolies were ‘natural’ and since nature is beneficent, it followed that they were ‘good’ monopolies. … Government was therefore justified in establishing ‘good’ monopolies.”59

In industry after industry, the natural monopoly concept is finally eroding. Electric power, cable TV, telephone services, and the mail, are all on the verge of being deregulated, either legislatively or de facto, due to technological change. Introduced in the United States at about the same time communism was introduced to the former Soviet Union, franchise monopolies are about to become just as defunct. Like all monopolists, they will use every last resource to lobby to maintain their monopolistic privileges, but the potential gains to consumers of free markets are too great to justify them. The theory of natural monopoly is a 19th century economic fiction that defends 19th century (or 18th century, in the case of the US Postal Service) monopolistic privileges, and has no useful place in the 21st century American economy.

Let me caveat this next excerpt by saying I am NOT a fan of the New American Magazine. They are a John Birch publication, and my understanding of this organization is intimate, and so are my ultimate rejection of many of it’s positions. THAT BEING SAID, I thoroughly enjoyed this article (minus the NWO crap!) — THE BREAKUP OF MA BELL:

….Alexander Graham Bell patented the telephone on March 7, 1876, but initially it was considered no more than a passing novelty. In fact, Western Union passed up the opportunity to purchase the Bell patents for $100,000. But when those patents held by American Telephone and Telegraph Company expired in 1894, competition entered the market and the availability of telephone service and the number of telephones exploded. The telephone moved from novelty to necessity. According to Adam Thierer of the Cato Institute, there were, at the time, more than 3,000 telephone companies vying for customers. Author G. W. Brock, in his book The Telecommunications Industry, pointed out the difference competition made:

After seventeen years of monopoly [thanks to the patents held by AT&T from 1877 – 1894], the United States had a limited telephone system of 270,000 phones [mostly concentrated] in the centers of the cities, with service generally unavailable in the outlying areas. After thirteen years of competition [1907], the United States had an extensive system of six million telephones, almost evenly divided between Bell and [its competitors], with service available practically anywhere in the country. [Emphasis added.]

Writing in The New Telecommunications Industry, authors Leonard Hyman, Richard Toole, and Rosemary Avellis concluded that “competition helped to expand the market, bring down costs, and lower prices to consumers.” Because of the negative impact upon AT&T by its competitors, the president of AT&T, Theodore Newton Vail, changed the focus of the company from competition to consolidation. As noted by Thierer, “Vail’s most important goals upon taking over AT&T were the elimination of competitors, the befriending of policymakers and regulators, and the expansion of telephone service to the general public.” Vail’s belief in the superiority of a single monopolistic system was reflected in the company’s new corporate slogan, “One Policy, One System, Universal Service.” In the company’s 1910 annual report, Vail wrote:

Author R.H.K. Vietor, writing in Contrived Competition, said, “Vail chose at this time to put AT&T squarely behind government regulation, as the quid pro quo for avoiding competition. This was the only politically acceptable way for AT&T to monopolize telephony.” In fact, without government regulations eliminating the competition, the reinstitution of the AT&T monopoly would have been impossible. The Kingsbury Commitment (named for one of Vail’s employees) was an agreement with the Attorney General and the Interstate Commerce Commission in 1913 that essentially codified the playing field which allowed AT&T to regain monopoly control of the industry.

In 1934, the power to regulate the telephone industry under the ICC was transferred to the new Federal Communications Commission. Enacted by the Roosevelt Revolution during the Great Depression, the Communications Act of 1934 created the FCC “for the purpose of regulating interstate and foreign commerce in communication by wire and radio so as to make available, so far as possible, to all the people of the United States a rapid, efficient, nation-wide, and world-wide wire and radio communication service with adequate facilities at reasonable charges.” In other words, according to Thierer, “every American was henceforth found to be entitled to the right to telephone service, specifically cheap telephone service.” The FCC’s powers included the power to regulate rates and restrict entry by competitors, all in the name of preventing “wasteful duplication” and “unneeded competition.”…..

For months, it seemed nearly every media figure was in hysterics over the impending repeal of net neutrality. Then, net neutrality was repealed… and nothing much changed. So what exactly is net neutrality, and why do so many people have such strong opinions about something they don’t understand? Jon Gabriel, editor-in-chief of Ricochet.com cuts through the hysteria to bring you the facts. 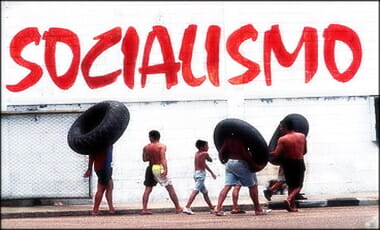 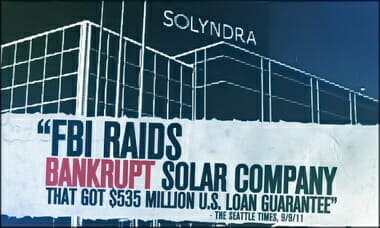 Interview by Dennis Prager {Editors note: this is how the USSR ended up with warehouses FULL of “widgets” (things made that it could not use or people did not want) no one needed in the real world. This economic law enforcers George Gilder’s contention that when government supports a venture from failing, no information is gained in knowing if the program actually works. Only the free-market can do this.}

From transportation to energy, and everything in between, should the government invest money in as many promising projects as possible? Or would that actually doom many of those ventures to failure? Burt Folsom, historian and professor at Hillsdale College, answers those questions by drawing on the fascinating history of the race to build America’s railroads and airplanes.

No where in the world is there unfettered capitalism. No where.