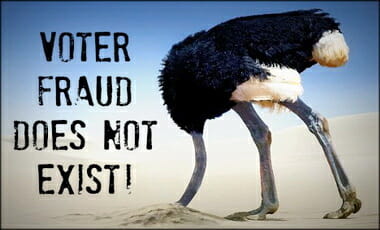 Here is an update to a story that I have followed… well…. since 2020. And below this post are two older videos posted on my site previously. There is more always at 100% FED-UP:

EXCLUSIVE BREAKING News from 100 Percent Fed Up and the Gateway Pundit– During an exclusive call, True the Vote founder Catherine Engelbrecht and leader investigator Gregg Phillips have revealed that by utilizing the same geolocation tracking data they used to identify over 200o mules in the ‘2000 Mules’ movie, they have now identified out-of-state residents who they consider “important individuals” who may have been key players in the Detroit election. The individuals they have identified are North Carolina residents and were in Detroit, specifically in critical areas around the TCF Center, where absentee ballots from the November 2020 election were being counted for over 24 hours after the polls closed in Michigan.

At 3:25 AM, the white van enters the back hallway. Three men jump out of the vehicle and begin to unload over 50 USPS absentee ballot transfer boxes filled with absentee ballots from the van onto the counting floor of the TCF Center.

The van is then seen on video, leaving the center about 25 minutes later.

Multiple GOP challengers on the scene would later report them as being positively identified as ballots. Former State Elections Director Chris Thomas, who was assigned to the TCF center as Senior Advisor to City Clerk Janice Winfrey, will later state in a deposition: “No absentee ballots.

Approximately one hour later, the black escort car arrives again at the TCF Center, contacts a supervisor or election official inside who exits through the door of the counting room into the hallway where he hands the escort driver something through the window and as the black vehicle leaves the TCF Center hallway, the white van reappears, and several men begin to unload more boxes of ballots.

The white van that was given entry into the back hallways of the TCF Center on the day after the election was registered to the city of Detroit. The van was allowed entry through an electronic gate outside the TCF complex. 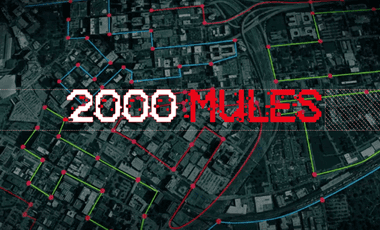 Glenn Beck had Dinesh D’Souza on to discuss the new movie, 2000 MULES. It was an excellent overview of the documentary as well as clear and cogent questions by Glenn and his team. Voter fraud is proven, and in numbers greater than that [by far] to throw the 2020 election. Dinesh responds to a WASHINGTON POST article criticizing the film. The interview took place May 2nd, 2022

One of the key themes of my new movie is geotracking. But what is it? How does it work? Here’s how new technology can help us investigate some very old-school crimes.

The DAILY SIGNAL notes this:

…..They then requested and acquired 4 million minutes of recordings of these drop boxes by government-security cameras. It would take seven years and eight months to watch all these images at normal speed.

This investigation’s results are staggering: Cameras capture one mule after another traveling from box to box to deposit successive fists full of ballots. One mule in Atlanta slid ballots into 28 different collection bins.

Most mules left just a few ballots in each box over several weeks, leaving eyebrows unraised. But in Gwinnett County, Georgia, 271 people visited one box on Oct. 12, 2020. That day, 1,962 ballots were inserted—10 times the normal number.

These mules were not just overzealous political operatives. Corrupt activist groups reportedly paid them per ballot delivered, which is universally illegal. The mules’ identities reveal that many have criminal records. Some were present during the George Floyd riots.

So, was there enough fraud to change the outcome? A mere 42,844 votes sprinkled among three swing states clinched the White House…. 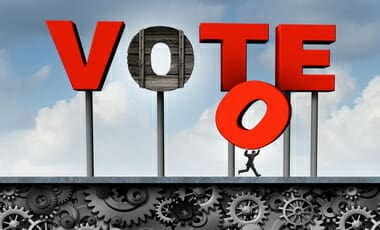 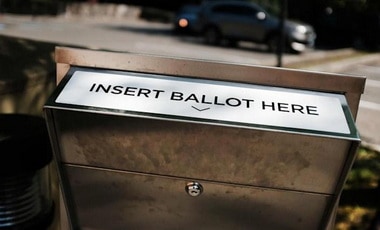 I combine two of Larry Elder’s hours from Tuesday’s show (1-18-2022). I also add video where I can to match or add to the audio Larry used for the show. This is an excellent update to the voter fraud issues I and others have mentioned since 2019.

Here are some of the resources used as well as additional links to support well-reasoned evidence. 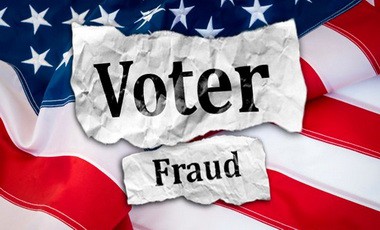 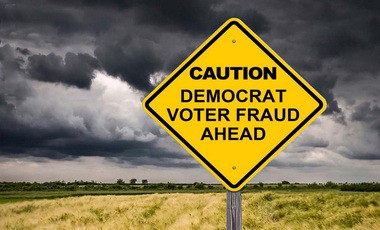 Larry Elder has Patrick Basham on to discuss his article “Biden’s Inexplicable Victory” — and it ends with an honest answer to a question.

Here is the first point of the article:

…..Now, let’s consider nine categories of suspicious anomalies that led to Biden’s squeaker of a victory.

The Census Bureau’s validated voter survey is a very thorough and comprehensive piece of post-election data analysis. Historically, it has been far more accurate than exit polling and other post-election surveys and studies, as Robert Barnes, a leading political analyst and successful political prognosticator, explained in early May on his “What Are the Odds?” podcast.

Historically, when Census data has differed from the official ballot count, it has tended to overestimate, rather than underestimate, the number of voters. The opposite was the case in the 2020 election.

Most revealingly, the Census data shows the turnout surge was almost exclusively among White blue-collar voters, an overwhelmingly pro-Trump cohort. Yet, somehow, the surge favored Biden in the end.

Turnout in 2020 was 6.7 percentage points higher than in 2016. The Census data on overall turnout, and turnout among specific demographic groups, closely aligns with the macro- and micro-turnout predictions made respectively by Barnes and Richard Baris, the preeminent pollster and managing director of Big Data Poll, and polling data at my firm, Democracy Institute, which forecast a Trump win. 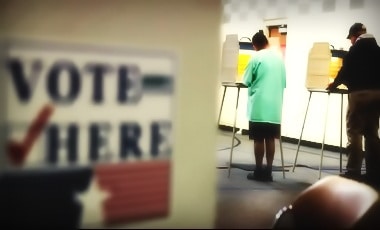 Republicans in the San Fernando Valley are being told that they have already voted.

The WASHINGTON EXAMINER has more:

Provisional ballots were given to voters in a Los Angeles neighborhood who fell victim to a glitch in which the system erroneously showed they had already voted days ahead of the recall Election Day.

Two locations in Woodland Hills were affected over the weekend, according to the Los Angeles County Registrar-Recorder’s office, which blamed the problem on electronic poll book devices used to check in voters.

Monica Almada, who tried to vote at the Disabled American Veterans 73 Vote Center, called it a “pretty serious glitch,” recalling how a clerk informed her other voters were struggling to check in to cast a ballot.

“My confidence is not the same as it used to be about the voting system,” she said, according to NBC Los Angeles .

The other problem location was identified as El Camino Real Charter High School Vote Center, where West Hills resident Estelle Bender, 88, said she filled out a provisional ballot after being told she had already voted.

Bender said she “left really angry,” according to KTLA 5 . “I’d still like to know how I voted,” she added. 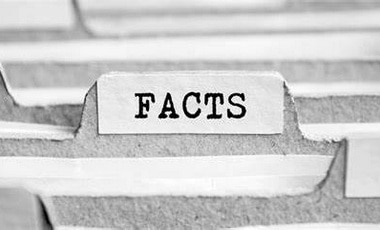 REMEMBER, this is just Fulton County… Georgia went to Biden by 11,779 votes. The ballots that were received through a lawsuit show massive fraud.

On Wednesday night Tucker Carlson questioned the Fulton County Georgia presidential election results. This was his first major segment on election fraud in the 2020 election so it was quite exciting. It only took 8 months. 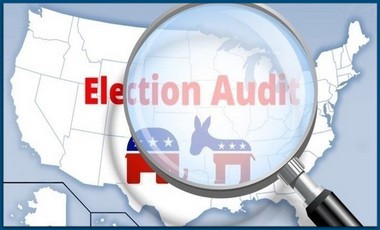 Tucker Carlson Reading @martyrmade’s Viral Thread On Why So Many Trump Supporters Have Questions About The 2020 Election & Their Distrust Of The Mainstream Media (@TheColumbiaBugle) See also RED STATE; 100% FED-UP; RIGHT SCOOP (where the video came from!); CONSERVATIVE TREE HOUSE. 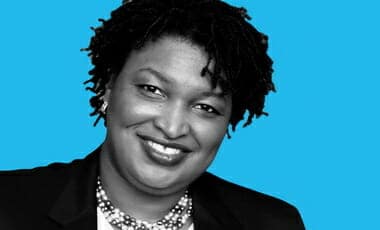