“His counter punches to Cuomo’s pre-canned arguments fall under the definition of a “narrative interrupted”, folks. And the look on Cuomo’s face midway through says it all. He was not prepared for what Sterling brought.” ~ RED STATE

RED STATE has an excellent post on the above:

…CNN’s Chris Cuomo was one of many in the mainstream media who took the “voter suppression” ball and ran with it in a heated back and forth with Statewide Voting Implementation Manager Gabriel Sterling, who made it clear he was not going to be trifled with nor was he going to allow his state to be smeared by yet another media lie about how elections are run in Georgia.

Cuomo hit Sterling with Democratic talking point after talking point about polling places allegedly being deliberately shut down in places where there tend to be higher numbers of black Democrats who vote, claiming it was a repeat of 2018. Sterling corrected him everytime by laying out what really happened, saying much of it was related to the Wuhan virus outbreak:

Cuomo’s research team left him ill-prepared for the fact bombs Sterling was about to drop. “Well, the reality of what you’re seeing in Georgia today is a function of the COVID situation in large part,” Sterling began. He went on to explain that the state had lost many polling places as locations such as churches and VFW halls opted out of hosting.

Pointing to Fulton County, which “collapsed many of those locations into mega precincts,” Sterling said state election officials told them “this is not a good idea, you need to find other alternative locations,” but they didn’t listen.

And when it came to who made those decisions, Sterling noted: “They are made at the county level and the state has zero ability to tell them not do that.” They also had to roll with the punches and train new poll workers since their average age was 70 and they didn’t want to risk going out.

Sterling upended Fredo’s argument. Cuomo began by bashing Trump’s position on mail-in voting, but his guest countered by noting that Georgia had just launched the state’s largest mail-in voting campaign ever, with over 1.3 million registered voters turning in a ballot before Election Day.

Sterling also noted that “the rules of COVID spacing only allowed four voters at a time into the place.” That will understandably slow down the voting process quite a bit, especially on a day where there was allegedly record turnout…. 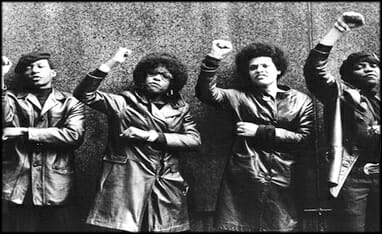 [Mariah Parker] …won a local Georgia election by just 13 votes last month — took her oath of office Tuesday not upon a Bible but upon a copy of “The Autobiography of Malcolm X.”

Mariah Parker — her right fist raised — placed her left hand on the book about the controversial Nation of Islam leader who was gunned down in 1965. Parker’s mother held the worn paperback as Parker took the oath of office for the Athens-Clarke County Commission. She then took her seat among the other commissioners.

“The racists have all the money, still, so it’s economically advantageous to cater to them,” she added to the Flagpole, which noted Parker’s top priority as a commissioner is earmarking 30 percent of Athens’ contracts for black- and Latino-owned companies….

While cities across the country are cutting services, raising taxes and contemplating bankruptcy, something extraordinary is happening in a suburban community just north of Atlanta, Georgia.

This is the story of Sandy Springs, Georgia—the city that outsourced everything.