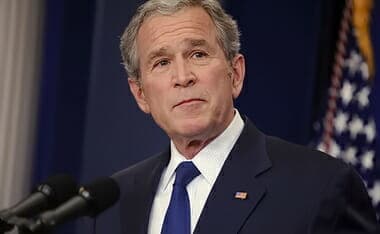 Over the past 20 years, Democrats have on three separate occasions objected to the validity of electoral votes on the floor of Congress. Wednesday, Jan. 6, will mark the first time Republicans choose do so in the past two decades.

My sons and I have discussed the January 6th issues, and, some historical aspects as well. Firstly, people saying Trump should be impeached are just as radical as the people breaking into the Capital. The throwing around of the “sedition” label is funny, and shows how people are not aware of the recent history of the lawful process of debate in Congress about just such topic. Here is one blogger noting Chuck Todd’s biased lack of awareness:

…NBC host Chuck Todd, who is always in the running to overtake CNN’s Brian Stelter as the dumbest newsman in the news media, had it out with Senator Ron Johnson (R-WI) over a number of Republican members of Congress who are planning to dispute the certification of Joe Biden winning the 2020 election due to questions of massive election fraud.

After being accused of trying to thwart the democratic process, Johnson hit back by telling sleepy eyes Todd that they are trying to protect it.

“We are not acting to thwart the democratic process, we are acting to protect it,” Johnson said to Todd.

Todd and others in the Fake News media are acting like the Republicans contesting the election results is an unprecedented affair.

Let me remind them that the last three times a Republican won a presidential election the Democrats in the House brought objections to the Electoral votes the Republican won.

Lest they forget that the House Democrats contested both elections of former President George W. Bush in 2000 and 2004 and President Trump’s win in 2016.…

PJ-MEDIA however has an excellent notation of this history when they point out Democrats outrage that Republicans objected to the certification of electoral votes. “It’s ‘conspiracy and fantasy,’ says Senate Minority Leader Chuck Schumer.” PJ further states,

“The effort by the sitting president of the United States to overturn the results is patently undemocratic,” the New York Democrat said. “The effort by others to amplify and burnish his ludicrous claims of fraud is equally revolting.”

“This is America. We have elections. We have results. We make arguments based on the fact and reason—not conspiracy and fantasy,” he added.

There’s only one problem with Chucky’s “argument based on fact and reason.” Democrats have been challenging the electoral vote certification for two decades.

The last three times a Republican has been elected president — Trump in 2016 and George W. Bush in both 2000 and 2004 — Democrats in the House have brought objections to the electoral votes in states the GOP nominee won. In early 2005 specifically, Sen. Barbara Boxer, D-Calif., along with Rep. Stephanie Tubbs, D-Ohio, objected to Bush’s 2004 electoral votes in Ohio.

Illinois Senator Dick Durbin appears to be even more incensed at Senator Josh Hawley’s plan to object to the Electoral College vote.

“The political equivalent of barking at the moon,” Sen. Dick Durbin, D-Ill., said of Hawley joining the challenge to electoral slates. “This won’t be taken seriously, nor should it be. The American people made a decision on Nov. 3rd and that decision must and will be honored and protected by the U.S. Senate and House of Representatives.”

Brave Sir Dick seems to forget he was singing a different tune in 2005. Then, it was Democrats questioning the results of the Ohio vote, which went narrowly for George Bush.

Durbin had words of praise for Boxer then:

“Some may criticize our colleague from California for bringing us here for this brief debate,” Durbin said on the Senate floor following Boxer’s objection, while noting that he would vote to certify the Ohio electoral votes for Bush. “I thank her for doing that because it gives members an opportunity once again on a bipartisan basis to look at a challenge that we face not just in the last election in one State but in many States.”

In fact, the Ohio electoral vote challenge was only the beginning. Rumors and conspiracy theories swirled around the outcome on election night that saw Bush winning Ohio by a close, but the surprisingly comfortable margin of  120,000 votes. So why are so many of these headlines familiar to us today?

And THE BLAZE also referenced it’s readers to the same issues in their post (BTW, these are the two videos I used for my upload):

TheBlaze’s Chris Enloe noted this weekend that while Democrats are rebuking Republicans for planning Wednesday to oppose the Electoral College certification of Joe Biden’s presidential victory due to fraud concerns, Democrats themselves have a robust history of doing that very thing.

And a damning, resurfaced video underscores what’s already on the public record.

The video is a compilation of clips from congressional sessions following the 2000 and 2004 presidential elections, both won by Republican George W. Bush — and in the clips Democrats launched protests against Bush’s electoral votes.

That wasn’t all. The Washington Post reported that during the January 2001 session, words such as “fraud” and “disenfranchisement” were heard above Republicans calling for “regular order.”

More from the paper:

The Democratic protest was led by Black Caucus members who share the feeling among black leaders that votes in the largely African American precincts overwhelmingly carried by [then-Democratic presidential nominee Al] Gore were not counted because of faulty voting machines, illicit challenges to black voters and other factors.

“It’s a sad day in America,” Rep. Jesse L. Jackson Jr. (D-Ill.) said as he turned toward Gore. “The chair thanks the gentleman from Illinois, but . . . ” Gore replied.

At the end of their protest, about a dozen members of the Black Caucus walked out of the House chamber as the roll call of the states continued. 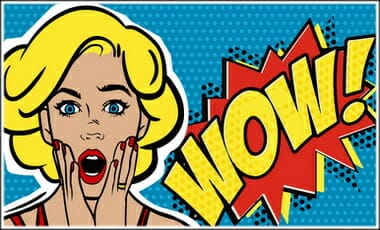 GATEWAY PUNDIT did what I wanted to do… and GP notes the following: “…Hillary Clinton lost more electors than any politician in the last 100 years. Not since 1912 has a candidate lost more electors.” The Final Count:

Gateway Pundit goes on to list past “unfaithful electors” of the past, a great summary of our history in this regard, here’s the list:

The popular belief was that many electorates were going to defect (called, “unfaithful”) from Trump. In the end, more “unfaithful electorates” defected from Hillary Clinton than from Donald Trump. I find this HILARIOUS! Why? Because Trump even came out a winner in this arena as well. As Powerline notes, only two electors were “unfaithful” to Trump. Four ignored Clinton’s win in their states. In fact, there would have been more unfaithful electorates for Hillary if state law didn’t prohibit it, like the “chaos” over state rules in Colorado:

Here are Democrats showing support for this Republic in Wisconsin:

US NEWS AND WORLD REPORT notes:

President Barack Obama’s election was supposed to be the kickoff of a new progressive era. The Democrats were in line to win everything, pass anything they wanted through Congress, run the table in most of the states and leave the Republicans holed up in a redoubt somewhere between Idaho and Utah.

It didn’t happen. In fact, it is almost as though the reverse is true. Under Obama, the Democrats lost control of both congressional chambers and more than 800 state legislative seats, with the result that more states will be under unified GOP control than at any time since the 1920s. Not that you’ll hear much about that, as it runs counter to a narrative that reached a fevered pitch during the last election.

Former Secretary of State Hillary Rodham Clinton was supposed to win the presidency, ensuring the progressive tilt would continue despite opposition from a Republican-led House of Representatives. The U.S. Senate was supposed to flip too, something the pundits started saying right after the last election, because so many Republicans were up in swing states in what was going to be a bad year for the GOP.

The icing on the cake was New York real estate developer Donald Trump, who almost everyone (specifically with the exception of me) wrote and said time and again was not just “unelectable,” but was so unqualified he’d take the rest of the party down with him like the Nixon legacy of Watergate did in 1974.

The GOP has fissures it will need to address over the next few years. Not everyone in the party is behind what Trump wants to do on every issue. But that’s nothing compared to the way the Democrats, whose national leadership has said it sees little reason to change the party’s overall approach to government or its underlying philosophy, are falling apart. In several states “the party of conscience,” as the Democrats have been casting themselves during a week and a half of earnest lobbying of Trump electors, needed to have “faithless electors” of their own removed from the Electoral College and replaced by Clinton loyalists who would vote as directed….