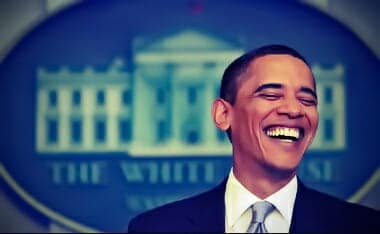 Prior to the passage of the Affordable Care Act, with its mandate that all Americans purchase insurance and requirement for businesses to offer employees insurance plans, many small companies provided coverage by directly reimbursing medical costs or for the cost of private insurance plans. Businesses do it because that’s a less complicated process than dealing with an official health insurance plan, but continuing to do so after July 1 could cost them hundreds of dollars in fines each day.

Business groups are calling attention to what they say is an obscure part of Obamacare that could crush small businesses who are unaware of it.

“It’s the biggest penalty that no one is talking about,” said Kevin Kuhlman, policy director for the National Federation of Independent Businesses, on Tuesday.

The new rule is the result of an Internal Revenue Service interpretation of part of the ACA. It seems intended to force employers to offer a group health insurance plan (or leave their employees to fend for themselves on the health insurance exchanges).

The IRS says those reimbursements — technically known as “employer payment plans” — are “considered to be group health plans subject to the market reforms, including the prohibition on annual limits for essential health benefits and the requirement to provide certain preventive care without cost sharing.”

“Such an arrangement fails to satisfy the market reforms and may be subject to a $100/day excise tax per applicable employee (which is $36,500 per year, per employee) under section 4980D of the Internal Revenue Code,” according to the taxmen.

Even though the total fine is capped at $500,000 per year, that’s still miles ahead of the $2,000 fine that could be waiting for larger companies (those with more than 50 employees) that fail to comply with the individual mandate part of the ACA.

The NFIB says 14 percent of their members do not provide health insurance plans, but instead offer reimbursement.

The owner of a Minnesota-based company with 17 employees told NFIB the new rules would require health benefits to go through the payroll process. That means it is subject to taxes, which reduces employees’ benefits and increases the business’ costs.

“Reimbursing employees for the cost of insurance or medical services is a way for small businesses to help their workers without the administrative headache of setting up a costly group plan,” said Kuhlman.  “Most small employers don’t have HR departments or benefits specialists, so this is a simpler, easier way to help their employees.”…

The real question is… will Obamacare cover related illnesses to “whiteness”?

(Via The Daily Caller and Campus Reform) Robinson has belatedly made her Twitter feed private, but Thursday Campus Reform published screenshots of several older tweets on her account that show a persistent pattern of hating whites, Christians, and even other blacks.

In one particularly strange pair of tweets made in March, Robinson admitted to having severe premenstrual dysphoric disorder (PMDD), a condition characterized by emotional and mood problems. Due to her difficulty treating it, Robinson theorized her menstrual mood swings may simply have been caused by white people rather than any internal hormonal fluctuations…

In addition to making the statement that the American flag is a symbol of “race, class, gender, & sexuality oppression,” Robinson made the claim that that the ultimate expression of love from “conservative whites” is to threaten someone else with “death and rape.”

Robinson has made numerous other tweets that fall along the same subject lines:

“White religionists are not capable of perceiving the blackness of God, because their satanic whiteness is a denial of the very essence of divinity. That is why whites are finding and will continue to find the black experience a disturbing reality.” quoted from James Cone’s book, A Black Theology of Liberation, page 64.

A book that was/is sold in the church’s book store the entire 20-years Obama went to the church and that his pastor promoted on Hannity and Colmes.

The Daily Caller broke some video of a 2007 speech via Obama that the legacy media “sanitized” in order to make the Obama look good. The watered down video can be see here, but make no mistake… this is the real Obama… race batting, southern drawls, and the like. Stories related via the Daily Caller:

National Review has the portions that were taken out of the presentation to make him look good:

1. Hurricane Katrina “was a powerful metaphor for what’s gone on [in America] for generations.”
2. “It was also there — at Trinity United Church of Christ on the South Side of Chicago — that I met Rev. Jeremiah A. Wright Jr., who took me on another journey and introduced me to a man named Jesus Christ. It was the best education I ever had.”
3. On his run for the Illinois State Senate: “And the second thing people would ask me gets back to the question about why we can’t seem to take the bullet out in this country and do the works and the deeds and unite this country.”
4. “[The poor] may need help with basic skills — how to show up to work on time, wear the right clothes, and act appropriately in an office. We have to help them get there. That’s why I have called for $50 million to begin innovative new job training and workforce development programs.”
5. “We need to give our young people some real choices out there so they move away from gangs and violence and connect them with growing job sectors. That is why I am also going to create a 5-E Youth Service Corps. The ‘E’s’ stand for energy efficiency, environmental education and employment. This program would directly engage disconnected and disadvantaged young people in energy efficiency and environmental service opportunities to strengthen their communities while also providing them with practical skills and experience in important and growing career field.”

Tammy Bruce posted the side-by-side comparisons of two speeches, the now known 2007 speech, with another one from 2008 (where he is not off script, i.e., on teleprompter). Here is some of her commentary:

Daily Caller came out today with a remarkable speech from Obama in June 2007, a short 9 months before Obama’s campaign race speech. Let’s just say the two a very different. Tonight Hannity presented a clip comparing a few elements of the two speeches. Obama’s hypocrisy is astounding. At the end of the clip you’ll hear Hannity and Carlsen wonder which Obama is the real Obama. I suggest neither one–both were theatre. I think it’s become quite obvious in the past 4 years that Obama’s agenda involves destroying everyone’s lives, and will morph into whatever the moment requires of him to accomplish that goal.

Here is the Tucker Carlson appearance on the Sean Hannity Show Tammy posted:

Here is the full video with the Daily Caller’s lead in, and take note that we all knew (know) who Obama IS, this is just another evidence that he is a two-bit race-hustler… like the cultural left:

In a video obtained exclusively by The Daily Caller, then-presidential candidate Barack Obama tells an audience of black ministers, including the Rev. Jeremiah Wright, that the U.S. government shortchanged Hurricane Katrina victims because of racism.

“The people down in New Orleans they don’t care about as much!” Obama shouts in the video, which was shot in June of 2007 at Hampton University in Virginia. By contrast, survivors of Sept. 11 and Hurricane Andrew received generous amounts of aid, Obama explains. The reason? Unlike residents of majority-black New Orleans, the federal government considers those victims “part of the American family.”

The racially charged and at times angry speech undermines Obama’s carefully-crafted image as a leader eager to build bridges between ethnic groups. For nearly 40 minutes, using an accent he almost never adopts in public, Obama describes a racist, zero-sum society, in which the white majority profits by exploiting black America. The mostly black audience shouts in agreement. The effect is closer to an Al Sharpton rally than a conventional campaign event.