The release date has been moved to 2019 and will be released in theaters first. Some of the cast/crew can be found HERE. 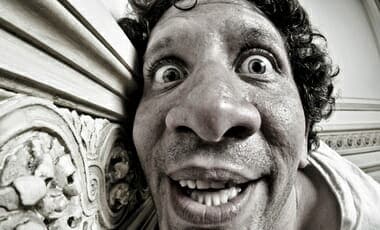 (DAILY FREEMAN) A 26-minute video of the traffic stop, with sound, was made public during an Ulster Town Board meeting on Tuesday. It shows Berky, D-Kingston, beginning the conversation by acknowledging she was on her phone while driving on Ulster Avenue. 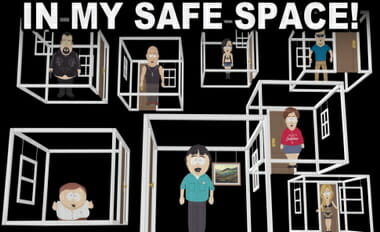 Comments by Dennis Prager are at the bottom.

This is a great article via the WALL STREET JOURNAL. I clipped the base of the article as it might not be viewable at WSJ’s website. A great and insightful read (h-t to Dennis Prager):

When a mob at Vermont’s Middlebury College shut down a speech by social scientist Charles Murray a few weeks ago, most of us saw it as another instance of campus illiberalism. Jonathan Haidt saw something more—a ritual carried out by adherents of what he calls a “new religion,” an auto-da-fé against a heretic for a violation of orthodoxy.

“The great majority of college students want to learn. They’re perfectly reasonable, and they’re uncomfortable with a lot of what’s going on,” Mr. Haidt, a psychologist and professor of ethical leadership at New York University’s Stern School of Business, tells me during a recent visit to his office. “But on each campus there are some true believers who have reoriented their lives around the fight against evil.”

THESE BELIEVERS ARE TRANSFORMING THE CAMPUS FROM A CITADEL OF INTELLECTUAL FREEDOM INTO A HOLY SPACE—WHERE WHITE PRIVILEGE HAS REPLACED ORIGINAL SIN, THE TRANSGRESSIONS OF CLASS AND RACE AND GENDER ARE CONFESSED NOT TO PRIESTS BUT TO “THE COMMUNITY,” VICTIM GROUPS ARE WORSHIPED LIKE GODS, AND THE SINNED-AGAINST ARE SUPPLICATED WITH “SAFE SPACES” AND “TRIGGER WARNINGS.”

The fundamentalists may be few, Mr. Haidt says, but they are “very intimidating” since they wield the threat of public shame. On some campuses, “they’ve been given the heckler’s veto, and are often granted it by an administration who won’t stand up to them either.”

ALL THIS HAS BECOME SOMETHING OF A PREOCCUPATION FOR THE 53-YEAR-OLD MR. HAIDT. A LONGTIME LIBERAL—HE RAN A GUN-CONTROL GROUP AS AN UNDERGRADUATE AT YALE—HE ADMITS HE “HAD NEVER ENCOUNTERED CONSERVATIVE IDEAS” UNTIL HIS MID-40S.

“What we’re beginning to see now at Berkeley and at Middlebury hints that this [campus] religion has the potential to turn violent,” Mr. Haidt says. “The attack on the professor at Middlebury really frightened people,” he adds, referring to political scientist Allison Stanger, who wound up in a neck brace after protesters assaulted her as she left the venue.

Mr. Haidt can explain. Students like the op-ed author “are armed with a set of concepts and words that do not mean what you think they mean,” he says. “People older than 30 think that ‘violence’ generally involves some sort of physical threat or harm. But as students are using the word today, ‘violence’ is words that have a negative effect on members of the sacred victim groups. And so even silence can be violence.” It follows that if offensive speech is “violence,” then actual violence can be a form of self-defense.

Down the hall from Mr. Haidt’s office, I noticed a poster advertising a “bias response hotline” students can call “to report an experience of bias, discrimination or harassment.” I joke that NYU seems to have its own version of the morality police in Islamic countries like Saudi Arabia. “It’s like East Germany,” Mr. Haidt replies—with students, at least some of them, playing the part of the Stasi.

How did we get here, and what can be done? On the first question, Mr. Haidt points to a braided set of causes. There’s the rise in political polarization, which is related to the relatively recent “political purification of the universities.” While the academy has leaned left since at least the 1920s, Mr. Haidt says “it was always just a lean.” Beginning in the early 1990s, as the professors of the Greatest Generation retired, it became a full-on tilt.

“Now there are no more conservative voices on the faculty or administration,” he says, exaggerating only a little. Heterodox Academy cites research showing that the ratio of left to right professors in 1995 was 2 to 1. Now it is 5 to 1.

The left, meanwhile, has undergone an ideological transformation. A generation ago, social justice was understood as equality of treatment and opportunity: “If gay people don’t have to right to marry and you organize a protest to apply pressure to get them that right, that’s justice,” Mr. Haidt says. “If black people are getting discriminated against in hiring and you fight that, that’s justice.”

Today justice means equal outcomes. “There are two ideas now in the academic left that weren’t there 10 years ago,” he says. “One is that everyone is racist because of unconscious bias, and the other is that everything is racist because of systemic racism.” That makes justice impossible to achieve: “When you cross that line into insisting if there’s not equal outcomes then some people and some institutions and some systems are racist, sexist, then you’re setting yourself up for eternal conflict and injustice.”

Perhaps most troubling, Mr. Haidt cites the new protectiveness in child-rearing over the past few decades. Historically, American children were left to their own devices and had to learn to deal with bullies. Today’s parents, out of compassion, handle it for them. “By the time students get to college they have much, much less experience with unpleasant social encounters, or even being insulted, excluded or marginalized,” Mr. Haidt says. “They expect there will be some adult, some authority, to rectify things.”

Combine that with the universities’ shift to a “customer is always right” mind-set. Add in social media. Suddenly it’s “very, very easy to bring mobs together,” Mr. Haidt says, and make “people very afraid to stand out or stand up for what they think is right.” Students and professors know, he adds, that “if you step out of line at all, you will be called a racist, sexist or homophobe. In fact it’s gotten so bad out there that there’s a new term—‘ophobophobia,’ which is the fear of being called x-ophobic.”

That fear runs deep—including in Mr. Haidt. When I ask him about how political homogeneity on campus informs the understanding of so-called rape culture, he clams up: “I can’t talk about that.” The topic of sexual assault—along with Islam—is too sensitive.

It’s a painfully ironic answer from a man dedicating his career to free thought and speech. But choosing his battles doesn’t mean Mr. Haidt is unwilling to fight. And he’s finding allies across the political spectrum.

Following the Middlebury incident, the unlikely duo of Democratic Socialist Cornel West and conservative Robert P. George published a statement denouncing “campus illiberalism” and calling for “truth seeking, democracy and freedom of thought and expression.” More than 2,500 scholars and other intellectuals have signed it. At Northwestern the student government became the first in the country to pass a resolution calling for academic freedom and viewpoint diversity.

He offers this real-world example: “I think that the ‘deplorables’ comment could well have changed the course of human history.” 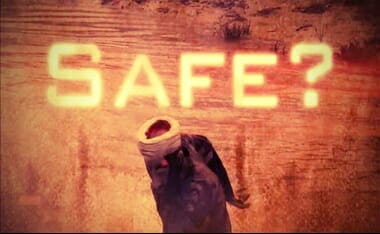 More on this via THE OREGONIAN:

Higher education in the United States has been roiled in recent years by “microaggressions,” leading to demands for “trigger warnings” and “safe spaces.”

The issue went viral last fall when a Yale University student concerned about offensive Halloween costumes confronted a school administrator. “These freshmen come here and they think this is what Yale is!” the outraged student yelled.

The resulting national debate revealed that many comedians now avoid college campuses because of the political atmosphere. “I don’t play colleges,” Jerry Seinfeld said, “but I hear a lot of people tell me, ‘Don’t go near colleges. They’re so PC.’ I’ll give you an example: My daughter’s 14. My wife says to her, ‘Well, you know, in the next couple years, I think maybe you’re going to want to be hanging around the city more on the weekends, so you can see boys.’ You know what my daughter says? She says, ‘That’s sexist.’ They just want to use these words: ‘That’s racist.’ ‘That’s sexist.’ ‘That’s prejudice.’ They don’t know what the f–k they’re talking about.”

The campaign against offensive speech on campus is the result of good intentions gone bad: the effort by universities in the 1980s and ’90s to be inclusive led to the radicalization of hurt feelings.

But the University of Chicago, one of the country’s premier schools, has had enough of it. The online journal Inside Higher Ed reports that John (Jay) Ellison, the dean of students, sent out a letter to all incoming freshmen that tells them that during their time at the U of C they can expect to be exposed to ideas that make them uncomfortable and that challenge some of their most preciously held views. The letter pointed out that the university expects civility and respect to rule the day. It then added:

“Our commitment to academic freedom means that we do not support so-called trigger warnings, we do not cancel invited speakers because their topics might prove controversial and we do not condone the creation of intellectual safe spaces where individuals can retreat from ideas and perspectives at odds with their own.”

Some great articles on this can be found here: 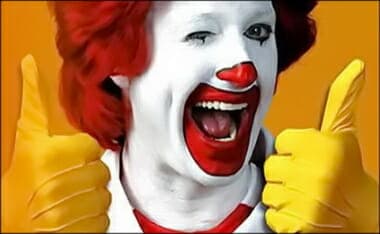 Dennis Prager interviews Olivia Legaspi of Haverford College about her recent column, “What Working At McDonald’s Taught Me About Privilege.” Some interesting calls into the show cause great insights by Dennis Prager.