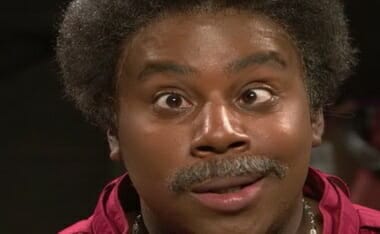 Here is an interesting article via TOWNHALL and Larry Elder:

…..This brings us to the Cornell University’s Black Students United and whether the organization is engaging in racism — against blacks. The BSU complains that the prestigious Ivy League school admits too many blacks — from Africa and the Caribbean. “We demand that Cornell Admissions to come up with a plan to actively increase the presence of underrepresented Black students on this campus,” the BSU student group said in its demands. “We define underrepresented Black students as Black Americans who have several generations (more than two) in this country.”

Hold the phone. Isn’t the mantra of modern higher education “diversity,” “inclusion” and “overcoming disadvantage”? If so, the black African and Caribbean students would seem to nail all three.

Maybe the problem is that it is tough to explain why so many black foreign applicants outperform America-born blacks on what some call “culturally biased” standardized tests. A 2007 study by Princeton and University of Pennsylvania sociologists examined the standardized test scores of black students enrolled at 28 selective universities. As to the SAT, the test most colleges use as an important factor in offering admission, the study found that foreign-born black college-bound students earned a statistically significant advantage on SAT scores, averaging a score of 1250 (out of 1600) compared to 1193 average points for their American black counterparts. This explains, in large part, why first- or second-generation black immigrants made up 27 percent of the black student bodies at colleges nationwide. In the Ivy League, black immigrants comprised 41 percent of black students.

What is the basis for the black students’ protest? Don’t black foreigners face even more obstacles? After all, America spends more on education, K through 12, than the top 34 industrialized countries save Switzerland, Austria, Norway and Luxembourg. New York City and Washington, D.C., annually spend approximately $21,000 and $15,000 per student, respectively.

BSU might want to consider the letter to the editor of The Wall Street Journal written by a man from Congo:

“I grew up in the Congo and have numerous friends in the U.S. from the Congo and other African countries who are here for an education or a better life. Every one of them is grateful for the opportunity to secure an excellent education. … Most come here from different cultures with minimal money and limited English language skills. Interestingly, I’ve never heard one complain about discrimination, obstacles or being a victim. Rather, they are grateful. Juxtapose this with Cornell’s Black Students United (BSU) whose members feel they should be treated better than every other color or race if they have ancestors who’ve been here for more than two generations.

“The counterintuitive posturing of American blacks denying other blacks from Africa or the Caribbean is appalling. First-generation African or Caribbean students have more obstacles to overcome to get into any university, much less a prestigious one like Cornell. Furthermore, the liberal American blacks who worship at the altar of ‘diversity’ and ‘victimhood’ should welcome real Africans or Caribbeans versus seeking preferences for those American blacks who truly have the superior advantage of having grown up in the U.S.

“If my Congolese friends are grateful for their opportunities here and have more challenges to overcome, why should American blacks get special treatment? Call this action what it is: racism. And it’s being pushed and protected under the guise of alleged victimization and preferential treatment at the expense of others of all colors and walks of life. So I challenge the BSU folks to start focusing on the concept of succeeding in life instead of always dwelling on the idea that the system is rigged against them.”…

One commentator on my LiveLeak channel notes this:

A Scene from the Movie, Domino: 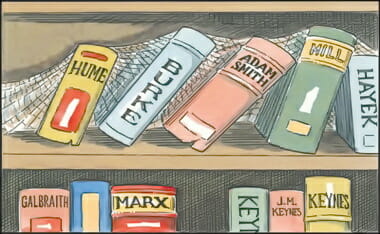 For a good summary of the topic via the audio, see Wintery Knight’s post on the subject. Here is an excerpt from the Cornell Daily Sun:

Of the nearly $600,000 Cornell’s faculty donated to political candidates or parties in the past four years, over 96 percent has gone to fund Democratic campaigns, while only 15 of the 323 donors gave to conservative causes.

The Sun’s analysis of Federal Election Committee data reveals that from 2011 to 2014, Cornell’s faculty donated $573,659 to Democrats, $16,360 to Republicans and $2,950 to Independents. Each of Cornell’s 13 schools — both graduate and undergraduate — slanted heavily to the left. In the College of Arts and Sciences, 99 percent of the $183,644 donated went to liberal campaigns. The law school demonstrated the strongest conservative showing, with nearly 26 percent of its approximately $20,000 worth of donations going to Republicans.

…Jacobson said he believes this lack of diversity is actually most damaging to liberal students, who leave college without having to defend their views and enter a world where “Republicans control both houses of Congress and most state legislatures and governorships.”

“Such homogeneity in thought process at the professorial level is not conducive to intellectual rigor. That harms liberal students more than anyone, because they have a comfort zone of political acceptance which does not exist in a real world,” he said. “Over the years, I have observed that openly conservative students have to be better prepared for argument than their liberal counterparts and that process prepares them for life better than being intellectually coddled.”

Thompson agreed, saying that he, as a conservative student in the College of Arts and Sciences, has a chance almost every day to hone and defend his own beliefs, while many liberal students never experience a “trial by fire” test of their own values.

“I actually think that students on campus on the right-end of the political spectrum are stronger and more able to confront challenges to their viewpoints after they leave here, so I think Cornell is actually failing students in that way as well, they’re not providing students with an alternative point of view,” he said.

Jacobson called on the administration to recognize the value and necessity of diversity of thought in Cornell’s faculty.

“Diversity at Cornell focuses on gender, race and ethnicity as a proxy for intellectual diversity. That is inadequate as an objective matter because it has not resulted in a diversity of political thought,” Jacobson said. “If Cornell truly believes that diversity of thought fosters the educational experience, then it should include political diversity in its mandated diversity goals.”

Some items mentioned in the audio by Dennis Prager can be expanded on by the following links:

✦ Also, the bias of professors are evident in the example of percentages of Democratic versus Republican faculty ~ here is a bit from that post:

One of my favorite clips from IndoctrinateU, is this one by a liberal professor that echoes the above video by pointing out the intellectual laziness created by “labeling” people who “offend” them:

A liberal professor interviewed in Indoctrinate U explains that protecting and teaching from one ideological viewpoint insulates students who are liberal to properly defend and coherently explain their views in the real world — outside the classroom. This excerpt is taken from two parts, Part One is here, and Part Two is here. (Posted by: Religio-Political Talk)

For more clear thinking like this from Dennis Prager… I invite you to visit his site… as well as Prager Univesity! 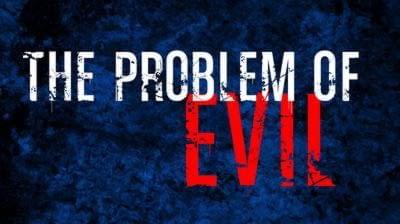 http://www.veritas.org/talks – Oxford professor John Lennox and Cornell professor Rosemary Avery discuss the compatibility of faith and reason in the light of suffering at The Veritas Forum at Cornell 2013.