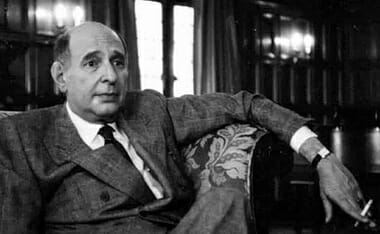 I just wanted to catalog two quotes by a Jewish (non-religious), gay, anti-conservative professor, and then post some excerpts from a review of the book.

There is one thing a professor can be absolutely certain of: almost every student entering the university believes, or says he believes, that truth is relative. If this belief is put to the test, one can count on the students’ reaction: they will be uncomprehending. That anyone should regard the proposition as not self-evident astonishes them. … The relativity of truth is … a moral postulate, the condition of a free society, or so they see it. … The danger they have been taught to fear is not error but intolerance. Relativism is necessary to openness; and this is the virtue, the only virtue, which all primary education for more than fifty years has dedicated itself to inculcating. Openness — and the relativism that makes it plausible — is the great insight of our times. … The study of history and of culture teaches that all the world was mad in the past; men always thought they were right, and that led to wars, persecutions, slavery, xenophobia, racism, and chauvinism. The point is not to correct the mistakes and really be right; rather it is not to think you are right at all.

In the United States, practically speaking, the Bible was the only common culture, one that united the simple and the sophisticated, rich and poor, young and old, and—as the very model for a vision of the order of the whole of things, as well as the key to the rest of Western art, the greatest works of which were in one way or another responsive to the Bible—provided access to the seriousness of books. With its gradual and inevitable disappearance, the very idea of such a total book is disappearing. And fathers and mothers have lost the idea that the highest aspiration they might have for their children is for them to be wise—as priests, prophets or philosophers are wise. Specialized competence and success are all that they can imagine. Contrary to what is commonly thought, without the book even the idea of the whole is lost.

This review comes by way of The American Conservative. I would also recommend The Weekly Standard’s anniversary review of the book.

…While I continue to learn much from Bloom, over the years I have arrived at three main judgments about the book’s relevance, its prescience, and its failings. First, Bloom was right to be concerned about the specter of relativism—though perhaps even he didn’t realize how bad it would get, particularly when one considers the reaction to his book compared to its likely reception were it published today. Second, his alarm over the threat of “multiculturalism” was misplaced and constituted a bad misreading of the zeitgeist, in which he mistook the left’s tactical use of identity politics for the rise of a new kind of communalist and even traditionalist tribalism. And, lastly, most of his readers—even today—remain incorrect in considering him to be a representative of “conservatism,” a label that he eschewed and a worldview he rejected…

What should most astonish any reader of Bloom’s Closing after 25 years is the fact that this erudite treatise about the crisis of higher education not only sat atop the bestseller list for many weeks but was at the center of an intense, lengthy, and ferocious debate during the late 1980s over education, youth, culture, and politics. In many ways, it became the most visible and weightiest salvo in what came to be known as “the culture wars,” and people of a certain generation still hold strong opinions about Bloom and his remarkable, unlikely bestseller.

Today there are many books about the crisis of higher education—while the nature of the crisis may change, higher education never seems to be out of the woods—but none before or since Bloom’s book achieved its prominence or made its author as rich and famous as a rock star. It was a book that many people bought but few read, at least not beyond a few titillating passages condemning rock-and-roll and feminism. Yet it was a book about which almost everyone with some engagement in higher education held an opinion—indeed, it was obligatory to have considered views on Bloom’s book, whether one had read it or not.

Bloom’s book was at the center of a debate—one that had been percolating well before its publication in 1987—over the nature and content of a university education. That debate intensified with the growing numbers of “diverse” populations seeking recognition on college campuses—concomitant with the rise of departments of Women’s Studies, African-American Studies, and a host of other “Studies” studies—leading to demands that the curriculum increasingly reflect contributions by non-male, non-white, non-European and even non-dead authors.

The Closing of the American Mind spawned hundreds, perhaps even thousands of responses—most of them critiques—including an article entitled “The Philosopher Despot” in Harper’s by political theorist Benjamin Barber, and the inevitably titled The Opening of the American Mind by Lawrence Levine. Partly spurred by the firestorm initiated by Bloom’s book, perennial presidential candidate Jesse Jackson led a march through the campus of Stanford University shouting through a bullhorn, “Hey hey, ho ho, Western Civ has got to go!” Passions for campus reform ran high, and an avalanche of words, articles, denunciations, and ad hominem attacks greeted Bloom’s defense of the Western canon.

Yet the nuances of Bloom’s qualified defense of the Western canon were rarely appreciated by critics or supporters alike. While Bloom was often lumped together with E.D. Hirsch—whose Cultural Literacy was published the same year and rose to number two on the New York Times bestseller list, just behind Closing—Bloom’s argument was fundamentally different and far more philosophically challenging than Hirsch’s more mundane, if nevertheless accurate, point that educated people increasingly did not have knowledge about their own culture. Hirsch’s book spoke to anxiety about the loss of a shared literary and cultural inheritance, which today has been largely supplanted by references to a few popular television shows and sports televised on ESPN.

Bloom made an altogether different argument: American youth were increasingly raised to believe that nothing was True, that every belief was merely the expression of an opinion or preference. Americans were raised to be “cultural relativists,” with a default attitude of non-judgmentalism. Not only all other traditions but even one’s own (whatever that might be) were simply views that happened to be held by some people and could not be judged inferior or superior to any other. He bemoaned particularly the decline of household and community religious upbringing in which the worldviews of children were shaped by a comprehensive vision of the good and the true. In one arresting passage, he waxed nostalgic for the days when people cared: “It was not necessarily the best of times in America when Catholic and Protestants were suspicious of and hated one another; but at least they were taking their beliefs seriously…”

He lamented the decline of such true belief not because he personally held any religious or cultural tradition to be true—while Bloom was raised as a Jew, he was at least a skeptic, if not a committed atheist—but because he believed that such inherited belief was the source from which a deeper and more profound philosophic longing arose. It wasn’t “cultural literacy” he wanted, but rather the possibility of that liberating excitement among college-age youth that can come from realizing that one’s own inherited tradition might not be true. From that harrowing of belief can come the ultimate philosophic quest—the effort to replace mere prejudice with the quest for knowledge of the True.

Near the beginning of Closing, Bloom relates one telling story of a debate with a psychology professor during his time teaching at Cornell. Bloom’s adversary claimed, “it was his function to get rid of prejudices in his students.” Bloom compared that function to the activity of an older sibling who informs the kids that there is no Santa Claus—disillusionment and disappointment. Rather than inspiring students to replace “prejudice” with a curiosity for Truth, the mere shattering of illusion would simply leave students “passive, disconsolate, indifferent, and subject to authorities like himself.”

Bloom relates that “I found myself responding to the professor of psychology that I personally tried to teach my students prejudices, since nowadays—with the general success of his method—they had learned to doubt beliefs even before they believed in anything … One has to have the experience of really believing before one can have the thrill of liberation.” Bloom’s preferred original title—before being overruled by Simon and Schuster—was Souls Without Longing. He was above all concerned that students, in being deprived of the experience of living in their own version of Plato’s cave, would never know or experience the opportunity of philosophic ascent.

Today we live in a different age, one that so worried Bloom—an age of indifference. Institutions of higher learning have almost completely abandoned even a residual belief that there are some books and authors that an educated person should encounter. A rousing defense of a curriculum in which female, African-American, Latino, and other authors should be represented has given way to a nearly thoroughgoing indifference to the content of our students’ curricula. Academia is committed to teaching “critical thinking” and willing to allow nearly any avenue in the training of that amorphous activity, but eschews any belief that the content of what is taught will or ought to influence how a person lives.

Thus, not only is academia indifferent to whether our students become virtuous human beings (to use a word seldom to be found on today’s campuses), but it holds itself to be unconnected to their vices—thus there remains no self-examination over higher education’s role in producing the kinds of graduates who helped turn Wall Street into a high-stakes casino and our nation’s budget into a giant credit card. Today, in the name of choice, non-judgmentalism, and toleration, institutions prefer to offer the greatest possible expanse of options, in the implicit belief that every 18- to 22-year-old can responsibly fashion his or her own character unaided.

Bloom was so correct about the predictable rise of a society defined by indifference that one is entitled to conclude that were Closing published today, it would barely cause a ripple. This is not because most of academia would be inclined to agree with his arguments any more than they did in 1987. Rather, it is simply the case that hardly anyone in academe any longer thinks that curricula are worth fighting over….

Today’s academic leaders don’t believe the content of those choices has any fundamental influence on the souls of our students, most likely because it would be unfashionable to believe that they have souls. As long as everyone is tolerant of everyone else’s choices, no one can get hurt. What is today called “tolerance,” Bloom rightly understood to be more deeply a form of indifference, the extreme absence of care, leading to a society composed not only of “souls without longing” but humans treated as utilitarian bodies that are increasingly incapable of love.