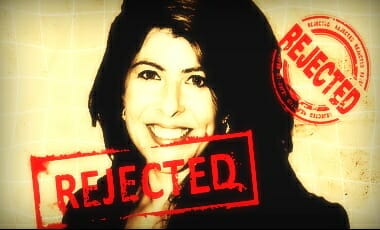 Everyone listen to Naomi Wolf realize on live radio that the historical thesis of the book she’s there to promote is based on her misunderstanding a legal term pic.twitter.com/a3tB77g3c1

DAILY CALLER has the story:

A former advisor to Bill Clinton and Al Gore may have set a record for fastest discrediting of a book when a BBC interviewer showed her the central thesis was based on a misreading of legal terminology.

Naomi Wolf’s book, “Outrages: Sex, Censorship, and the Criminalization of Love,” which is not even out for another month, makes the claim that the British government continued to execute people for sodomy long after it was previously thought the practice ended. Wolf looked at records from the Old Bailey and saw the term “death recorded,” a term she realizes in this interview actually refers to cases in which a sentence of death is passed but suspended.

Wolf claims to have found “several dozen executions.” Her research, she claims, “corrects a misapprehension that is in every website that the last man was executed for sodomy in Britain in 1835.”

“I don’t think you’re right about this,” the BBC’s Matthew Sweet replied to her in the interview.

The presenter pointed to the case of Thomas Silver in 1859. Wolf claims in her book that Silver was executed, but he was not. “Death recorded” meant that a judge used judicial discretion to suspend a death sentence, a practice in use since the 1820s.

Sweet also added that the offense in question hardly makes a good example of same-sex love being criminalized, as it involved a 14 year-old’s “indecent assault” on a six year-old boy…….. 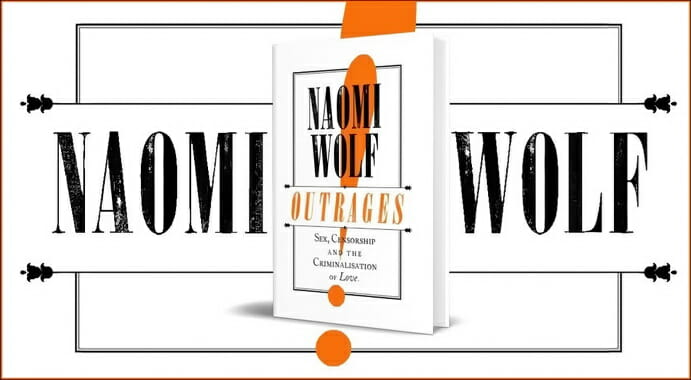 …Wow. That’s simply mortifying. It is, I suppose, a peril of being the sort of author that Wolf represents: a talented writer who lights on a topic of interest and then cranks out a book, rather than an expert in a subject that writes within their field.

Her publisher is standing by her in the most bizarre way possible:

The book hits U.S. stands on June 18, according to the Amazon listing. A Houghton Mifflin Harcourt spokesperson offered this statement: “While HMH employs professional editors, copyeditors, and proofreaders for each book project, we rely ultimately on authors for the integrity of their research and fact-checking. Despite this unfortunate error we believe the overall thesis of the book Outrages still holds. We are discussing corrections with the author.”

The entire premise of the book is wrong. Now, it remains true that homosexuals have been treated horribly over a span of centuries, including by the medical community and the legal system. But it’s not true that we were until recently executing people for it in the West….

PJ-MEDIA has a great story on two fabricating authors, Wolf and Wolff in sheep’s clothing:

Let’s turn our attention for a moment to two authors, Wolf and Wolff. Feminist icon Naomi Wolf is reeling from a nonfiction fiasco that has caused her horrible and very public embarrassment. Irresponsible fictionalizer Michael Wolff is apparently incapable of shame.

What do they have in common? Not much, beyond the fact that they’re both bi-coastal elites who share a loathing for President Donald Trump.

In Wolf’s case, a perfect encapsulation of the PR nightmare befalling her latest work is presented by the Post Millennial’s Libby Emmons in “Naomi Wolf Was Destroyed by Her Research Bias.” While an author is ultimately responsible for fact-checking content, in this case, the “research bias” runs deep. The book started out as a thesis paper, which means it had to have been green-lit by both academia and New York publishing to ever see the light of day. These gatekeepers, steeped in leftist bias, failed to catch the monumental error that serves as the premise of Wolf’s book: the assertion that homosexuals were executed in Victorian England.

As for Wolff, how Trump could have allowed such an individual to plant himself on a couch in the West Wing for an extended period of time in quest of a truth-challenged tell-all is something that heartland Trumpservatives will never understand. Steve Bannon had a lot to do with it, and we all know how that turned out.

Unlike the chattering classes who would see traditionalist, sovereign America overrun and enervated in the name of globalism, Trump’s ardent supporters are not interested in gossipy, inconsequential trash-talk among members of the so-called cultural and managerial elite. Who gives a damn what Omarosa Newman or Rupert Murdoch think of the president or vice versa?  That Mr. Trump has kept promises and keeps trying to keep promises on issues they care about is what matters.

Trump’s base had no use or respect for Wolff’s first anti-Trump effort, Fire and Fury, an admittedly fictionalized, preventable screed that earned for the unverifiable muckraker a place in the earnings stratosphere with authors like Stephen King and J.K. Rowling.

Wolff’s latest, the sure-to-be wildly imagined Siege: Trump Under Fire, has already been called out for bold-faced prevarication by, of all entities, Robert Mueller’s team. Wolff knew he would be denied access to the White House for his “sequel,” (like he should have been the first time) but that didn’t stop him (why should it?) from penning another alleged tome full of cowardly hearsay from a collection of anonymous sources.

Flip the script: an almost-famous conservative author gathers salacious dirt from unnamed sources who claim to have firsthand knowledge that former President Barack Obama had numerous homosexual liaisons while in college, and then puts it in a book.

When asked to back up his reporting, the conservative author says, “I’m not a journalist, and such journalistic strictures do not apply to me. Besides, it seems like it could be true, right?”

That’s Michael Wolff. That’s what he does to earn his multi-million-dollar living….. 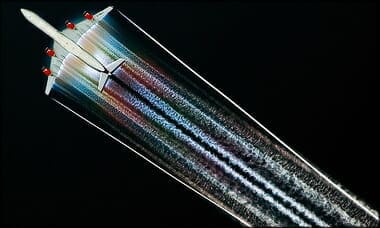 This is with thanks to GAY PATRIOT, and can be added to my “CHEMTRAIL” response.

At the start of this past week, a Democrat City Councilman in the capital city of our country speculated that a Jewish conspiracy was manipulating the Earth’s weather in order to control urban areas.  I am not making this up.

To bookend that, the Democrat Feminist Naomi Wolf (the one who advised Al Gore to wear Earth tones in order to project a more Alpha Male image) blames Chemtrails for controlling the weather over New York City. I am also not making this up.

She also says the evil Nestle Corporation is behind the chemtrails.