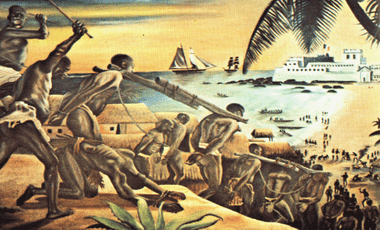 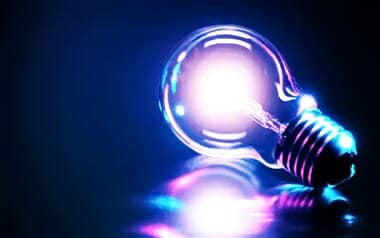 Here is a portion of the article by ALLEN GUELZO and JAMES HULME Mark Levin was reading from:

All of which is strange because the electoral college is at the core of our system of federalism. The Founders who sat in the 1787 Constitutional Convention lavished an extraordinary amount of argument on the electoral college, and it was by no means one-sided. The great Pennsylvania jurist James Wilson believed that “if we are to establish a national Government,” the president should be chosen by a direct, national vote of the people. But wise old Roger Sherman of Connecticut replied that the president ought to be elected by Congress, since he feared that direct election of presidents by the people would lead to the creation of a monarchy. “An independence of the Executive [from] the supreme Legislature, was in his opinion the very essence of tyranny if there was any such thing.” Sherman was not trying to undermine the popular will, but to keep it from being distorted by a president who mistook popular election as a mandate for dictatorship.

Quarrels like this flared all through the convention, until, at almost the last minute, James Madison “took out a Pen and Paper, and sketched out a mode of Electing the President” by a “college” of “Electors … chosen by those of the people in each State, who shall have the Qualifications requisite.”

The Founders also designed the operation of the electoral college with unusual care. The portion of Article 2, Section 1, describing the electoral college is longer and descends to more detail than any other single issue the Constitution addresses. More than the federal judiciary — more than the war powers — more than taxation and representation. It prescribes in precise detail how “Each State shall appoint … a Number of Electors, equal to the whole Number of Senators and Representatives to which the State may be entitled in the Congress”; how these electors “shall vote by Ballot” for a president and vice president; how they “shall sign and certify, and transmit sealed to the Seat of the Government of the United States, directed to the President of the Senate” the results of their balloting; how a tie vote must be resolved; what schedule the balloting should follow; and on and on.

Above all, the electoral college had nothing to do with slavery. Some historians have branded the electoral college this way because each state’s electoral votes are based on that “whole Number of Senators and Representatives” from each State, and in 1787 the number of those representatives was calculated on the basis of the infamous 3/5ths clause. But the electoral college merely reflected the numbers, not any bias about slavery (and in any case, the 3/5ths clause was not quite as proslavery a compromise as it seems, since Southern slaveholders wanted their slaves counted as 5/5ths for determining representation in Congress, and had to settle for a whittled-down fraction). As much as the abolitionists before the Civil War liked to talk about the “proslavery Constitution,” this was more of a rhetorical posture than a serious historical argument. And the simple fact remains, from the record of the Constitutional Convention’s proceedings (James Madison’s famous Notes), that the discussions of the electoral college and the method of electing a president never occur in the context of any of the convention’s two climactic debates over slavery.

Without the electoral college, there would be no effective brake on the number of “viable” presidential candidates. Abolish it, and it would not be difficult to imagine a scenario where, in a field of a dozen micro-candidates, the “winner” only needs 10 percent of the vote, and represents less than 5 percent of the electorate. And presidents elected with smaller and smaller pluralities will only aggravate the sense that an elected president is governing without a real electoral mandate.

The electoral college has been a major, even if poorly comprehended, mechanism for stability in a democracy, something which democracies are sometimes too flighty to appreciate. It may appear inefficient. But the Founders were not interested in efficiency; they were interested in securing “the blessings of liberty.” The electoral college is, in the end, not a bad device for securing that.