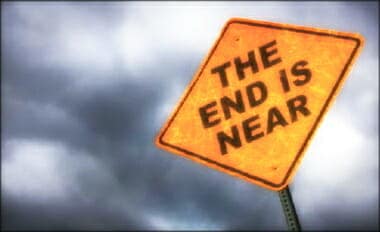 The leftist ideology of “multiculturalism” is dividing Europe. Europe as well has become more secular over the decades… so you have generations of people removed from a “conserving” Western cultural advances via a Grecian/Judeo-Christian history and worldview. So with the rapes and violence (see a recent post of mine where there is video of women being forcefully drug into a subway — yes — to be raped [2nd video]) caused by an ideology that rejects the advances of Western society and a religious tradition that even Richard Dawkins says Christianity is a “bulwark against something worse.”

And so, this something worse includes Islam, of course, but, it also is a harbinger to other ingredients in a civilization headed towards a world war. And it is the children living in the vapors of freedom created by the Judeo-Christian “bulwark.” These secular believers want freedom… but do not know how to retain or advance it — outside of how Mussolini says to:

“Everything I have said and done in these last years is relativism by intuition…. If relativism signifies contempt for fixed categories and men who claim to be bearers of an objective, immortal truth… then there is nothing more relativistic than fascistic attitudes and activity…. From the fact that all ideologies are of equal value, that all ideologies are mere fictions, the modern relativist infers that everybody has the right to create for himself his own ideology AND TO ATTEMPT TO ENFORCE IT WITH ALL THE ENERGY OF WHICH HE IS CAPABLE.”

This energy is seen in movements ~ reactions to [rightly so] ~ these animals living by and wanting to impose on civilization an ideology from 600 A.D.

➤ Anti-Immigrant ‘Soldiers of Odin’ Raise Concern in Finland: HELSINKI, Finland (Reuters) – Wearing black jackets adorned with a symbol of a Viking and the Finnish flag, the “Soldiers of Odin” have surfaced as self-proclaimed patriots patrolling the streets to protect native Finns from immigrants, worrying the government and police. (http://tinyurl.com/jlr5up6)

➤ Cologne Sexual Assault Victim Called a Racist and Harassed After Identifying Her Attackers: A woman, who came forward and told her story of being sexually assaulted in Cologne, Germany, on New Years Eve, was victimized a second time after an Internet video gave out her identity and suggested her account of the attack was anti-Muslim propaganda. (http://tinyurl.com/j38lorv)

➤ Germany: Migrant Crime Wave, Police Capitulate: …According to the President of the German Police Union, “In Berlin or in the north of Duisburg there are neighborhoods where colleagues hardly dare to stop a car — because they know that they’ll be surrounded by 40 or 50 men.” These attacks amount to a “deliberate challenge to the authority of the state — attacks in which the perpetrators are expressing their contempt for our society.” (http://tinyurl.com/oxtjras)

➤ German police spray anti-migrant protesters, Merkel toughens tone: Migrants who commit crimes should lose their right to asylum, German Chancellor Angela Merkel said today, toughening her tone as police in Cologne confronted right-wing protesters venting their anger at mass assaults on women on New Year’s Eve. Police in the western city fired water canon to disperse protesters from the anti-Islamic PEGIDA movement, which has seized on the alleged involvement of migrants in the New Year attacks and stepped up its calls for a halt to the influx. (http://tinyurl.com/zy47ylh)

The secular man’s growing response to this growing threat will be — in the end — vicious, animalistic, based on a neo-Darwinian approach to ethics in survival…

The stronger must dominate and not mate with the weaker, which would signify the sacrifice of its own higher nature. Only the born weakling can look upon this principle as cruel, and if he does so it is merely because he is of a feebler nature and narrower mind; for if such a law [natural selection] did not direct the process of evolution then the higher development of organic life would not be conceivable at all…. If Nature does not wish that weaker individuals should mate with the stronger, she wishes even less that a superior race should intermingle with an inferior one; because in such a case all her efforts, throughout hundreds of thousands of years, to establish an evolutionary higher stage of being, may thus be rendered futile.

and the rest of the world will be brought along for the ride. Tennyson said it best:

…Who trusted God was love indeed
And love Creation’s final law
Tho’ Nature, red in tooth and claw
With ravine, shriek’d against his creed…

…Are God and Nature then at strife,
That Nature lends such evil dreams?
So careful of the type she seems,
So careless of the single life;

That I, considering everywhere
Her secret meaning in her deeds,
And finding that of fifty seeds
She often brings but one to bear,

I falter where I firmly trod,
And falling with my weight of cares
Upon the great world’s altar-stairs
That slope thro’ darkness up to God,

I stretch lame hands of faith, and grope,
And gather dust and chaff, and call
To what I feel is Lord of all,
And faintly trust the larger hope…

…If e’er when faith had fallen asleep,
I hear a voice ‘believe no more’
And heard an ever-breaking shore
That tumbled in the Godless deep;

A warmth within the breast would melt
The freezing reason’s colder part,
And like a man in wrath the heart
Stood up and answer’d ‘I have felt.’

No, like a child in doubt and fear:
But that blind clamour made me wise;
Then was I as a child that cries,
But, crying knows his father near…

Brace yourselves… with Russia, Islamo-Fascism, Anarcho-Left Fascists, Obama [may be] running for General Secretary of the U.N. later in his career, and the current Pope… we may — I stress may — be living in a very violent age for the eschatology watchers. Keep in mind that I am not saying this is right or wrong… I am merely supplying how I see the cookies falling. R.J. Rummel’s work on what he terms “Democide” is that as a government gets larger [socialist, communist, fascist], there is a correlation in history to more of that governments people dying at its hands. This is what I see growing as well in the world… these large secular governments trying to implement a border-less Utopian ideal that will backfire in soo many ways. It will pit citizens against their government and governments against the reality of the world.