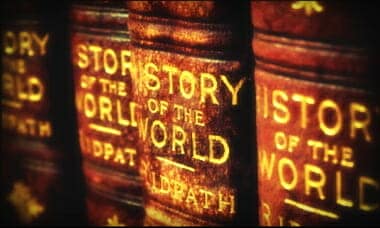 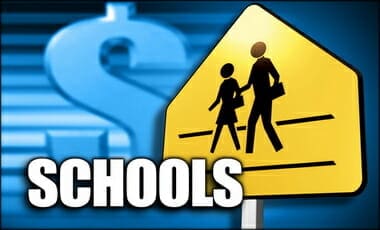 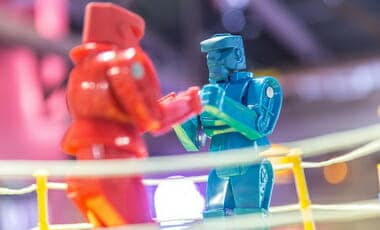 Sean Hannity had Larry Elder (lawyer/radio talk show host, author) and Leo Terrell (a well-known civil rights attorney and radio talk show host) on his radio program to discuss the event in Minnesota. Apparently, Larry has been chomping at the bit to lay into Leo? I know why… the lie that the Left, the Media, and lawyers like Leo spread about racist cops and racial divides in America are what have contributed in great part (as well as other areas where the Left hurts the minority community — welfare, affirmative action, fatherless homes, etc.) to what we see happening in parts of our nation as I type. And Leo is a figure head in protecting this horribly negative ethos in the black community. Larry takes it personally.

PART ONE is the opening salvo… Leo Terrell had no idea “The Sage from South Central” came to scrap… and Leo never recovered. You will notice at times Hannity trying to be referee, because Leo is in the ring with someone above his weight class.

PART TWO Larry discusses police shooting stats by ethnicity, the absence of fathers, Hannity defends Leo because Leo is in the ring with someone above his weight class and Sean feels bad.

PART THREE Hannity discusses Trump responding quickly, as well as bringing up the Minneapolis prosecutor saying he has evidence that does not meet the charges. Leo because Leo is in the ring with someone above his weight class and Sean feels bad.

PART FIVE Hannity notes there are a high majority of great police officers, Leo basically agree… sorta. Larry Elder gets his parting shots in and he expands on “institutional racism” canard.

The murder-suicide concerning NFL linebacker Jovan Belcher has reignited the national debate over gun control, especially in the wake of commentary provided last night by NBC sportscaster Bob Costas. Radio host Leo Terrell and author Erik Rush appeared on Sean Hannity’s show tonight for an incredibly heated segment on gun control. At one point, Rush got so frustrated with Terrell interrupting him he loudly begged Terrell to “please shut up!”

I will import a great post from Gateway Pundit for others here who do not realize the history of guns and black people and why the NRA was created:

On September 28, 1868, a mob of Democrats massacred nearly 300 African-American Republicans in Opelousas, Louisiana. The savagery began when racist Democrats attacked a newspaper editor, a white Republican and schoolteacher for ex-slaves. Several African-Americans rushed to the assistance of their friend, and in response, Democrats went on a “Negro hunt,” killing every African-American (all of whom were Republicans) in the area they could find. (Via Grand Old Partisan)

Obviously, Whitlock is as ignorant as he is offensive. The NRA actually helped blacks defend themselves from violent KKK Democrats in the south, not the other way around. Ann Coulter wrote about the history of blacks and the NRA back in April.

This will give you an idea of how gun control laws worked. Following the firebombing of his house in 1956, Dr. Martin Luther King, who was, among other things, a Christian minister, applied for a gun permit, but the Alabama authorities found him unsuitable. A decade later, he won a Nobel Peace Prize.

How’s that “may issue” gun permit policy working for you?

The NRA opposed these discretionary gun permit laws and proceeded to grant NRA charters to blacks who sought to defend themselves from Klan violence — including the great civil rights hero Robert F. Williams.

A World War II Marine veteran, Williams returned home to Monroe, N.C., to find the Klan riding high — beating, lynching and murdering blacks at will. No one would join the NAACP for fear of Klan reprisals. Williams became president of the local chapter and increased membership from six to more than 200.

But it was not until he got a charter from the NRA in 1957 and founded the Black Armed Guard that the Klan got their comeuppance in Monroe.

Williams’ repeated thwarting of violent Klan attacks is described in his stirring book, “Negroes With Guns.” In one crucial battle, the Klan sieged the home of a black physician and his wife, but Williams and his Black Armed Guard stood sentry and repelled the larger, cowardly force. And that was the end of it.

As the Klan found out, it’s not so much fun when the rabbit’s got the gun.

The NRA’s proud history of fighting the Klan has been airbrushed out of the record by those who were complicit with the KKK, Jim Crow and racial terror, to wit: the Democrats.

Sadly, asshat Whitlock will get away with his outrageous lies. The early KKK Democrats would be proud.