This is an extension of a series I started, the first installment being: “Make Orwell Fiction Again (Hunter Biden Edition)” — I was going to include this, but chose to put it here to keep the other post more on it’s “censorship” topic.

Only a society that can effectively block and censor news, and shut down free expression is the kind the sticker refers to. Non-conservative ideas and news stories can be found readily in the New York Times, Chicago Tribune, L.A. Times, San Francisco Chronicle, ABC, NPR, CBS, CNN, MSNBC, NBC, etc.

In fact, almost every newspaper WITH THE EXCEPTION of the opinion pages of the Wall Street Journal, the Washington Times, and the New York Post, and at times FOX NEWS, have a more conservative leaning bias and news stories to be considered.

One example is that years ago the L.A. Times carried columns by Dennis Prager (and other conservative voices). Today they carry zero. Here is a good letter to the editor:

To the editor (OCT. 3, 2020): I had to laugh when I read the statement that the L.A. Times’ future depends on diversity in its staff and stories. (“The Times’ reckoning on race and our commitment to meaningful change,” Sept. 27)

The Times’ future — and that of its cohorts in the widely distrusted and reviled “mainstream media” — does indeed depend on diversity. But not the diversity The Times is talking about, a surface diversity of skin color, national origin and sexual orientation.

No, The Times’ future depends on ideological diversity, something it lacks entirely.

The Los Angeles Times of 2020 is a daily Democratic Party mailer, and a particularly vituperative one. More and more of the paper is devoted to opinion, and ostensible news stories themselves resemble op-ed articles. All of it, of course, leans in the same far-left direction.

This does special disservice to the largely left-leaning readership of The Times, who still, four years after Donald Trump’s election, have no idea why much of the country holds them in contempt.

Sure, some of these readers would threaten to cancel their subscriptions, and a few may. But The Times would become a must-read instead of the partisan rag it is today.

Here for instance is Larry Elder noting Dean Baquet’s, executive editor of the New York Times, admission to the Left not wanting to hear thoughtful disagreement:

Dennis hasn’t changed (I know, I have listed to him for 2-decades), the Democrats and the Left in general have moved leftward.

The Pew data, however, make it clear that the shift toward the extreme has happened among Democrats, not Republicans.

A new study from the Pew Research Center shows a growing partisan gap in opinions on major issues, driven in part by Democrats’ leftward drift.

Pew found Democrats have moved substantially left on a variety of issues while Republicans’ views remain relatively constant. That was true across social and economic issues; Pew claimed that the split between Republicans and Democrats is more pronounced than any divides by race, gender, or socioeconomic status.

“This poll and some other recent ones show that Democrats are pulling more strongly to the left and Republicans are not pulling quite as strongly to the right as a general matter,” said Karlyn Bowman, a senior fellow at the American Enterprise Institute who specializes in American public opinion.

“The party is being pulled in a more liberal direction, there’s no question about that,” Bowman said. “I mean Elizabeth Warren’s comment a few weeks ago essentially that this isn’t Bill Clinton’s party, we’re not the party of welfare and crime. I think she’s reflecting the views of many of the people in her party. And I think a lot of it happened during the Obama years.”

…Now, while Joe Biden is the new president, it’s Bernie Sanders and his allies who will often be in the driver’s seat making policy. “We’re going to push Joe — the president — as far as we can,” Sanders told CNN.

Wherever that ends up being, it will move this country further to the left than most people thought possible a year ago. Bernie Sanders is proof that if you’re persistent enough, you don’t have to be elected president to be in a position to accomplish your goals.

Senator Kamala Harris is the most left wing Senator — even more Left” than Bernie:

In 2018, Harris was ranked the fourth-most left-wing. But by 2019 — a year she spent running for president — Harris had moved to the furthest extreme.

She was an early co-sponsor of the Senate version of the “Green New Deal” of Rep. Alexandria Ocasio-Cortez (D-NY), as well as the “Medicare for All” bill introduced by Sanders, which would have eliminated all private health insurance.

GovTrack explained its ratings: “Our unique ideology analysis assigns a score to Members of Congress according to their legislative behavior by how similar the pattern of bills and resolutions they cosponsor are to other Members of Congress. The score can be interpreted as a conservative—liberal scale, although of course it only takes into account a small aspect of reality.” The most conservative score is 1.00; the most liberal score possible is 0.00. 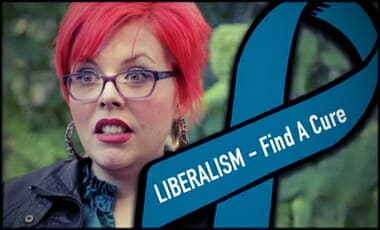