(JUMP TO FRANCE… JUMP TO AUSTRALIA)

to buy or to sell. Antichrist’s mark will allow people to engage in daily commerce, including the purchase of food and other necessities. Without the identifying mark, individuals will be cut off from the necessities of life. number of his name. The beast (Antichrist) will have a name inherent in a numbering system. It is not clear from the text exactly what this name and number system will be or what its significance will be. — John F. MacArthur Jr., The MacArthur Study Bible: New American Standard Bible. (Nashville, TN: Thomas Nelson Publishers, 2006), Re 13:17.

Papyrus documents of the first and second centuries were frequently stamped with a seal known as charagma, the very word translated “mark” in this passage. These seals left the name of the ruling Emperor and the date inscribed on the document. Some may have included a likeness of the Emperor’s features as well. They were used as part of the paperwork in buying and selling. There is nothing here about the hand or the forehead. — Lewis Foster, Revelation: Unlocking the Scriptures for You, Standard Bible Studies (Cincinnati, OH: Standard, 1989), 195.

The purpose, (so that; Gk. hina) of the mark is that no-one should engage in trade without it. Could (dynētai) is stronger than ‘hinder’ or the like. It points to a total prohibition, which would make it impossible for people without the mark to buy even necessities like food. It is thus impossible for those who oppose the beast even to live. — Leon Morris, Revelation: An Introduction and Commentary, vol. 20, Tyndale New Testament Commentaries (Downers Grove, IL: InterVarsity Press, 1987), 167.

The mark may be, as in the case of the sealing of the saints in the forehead, not a visible mark, but symbolical of allegiance. — Robert Jamieson, A. R. Fausset, and David Brown, Commentary Critical and Explanatory on the Whole Bible, vol. 2 (Oak Harbor, WA: Logos Research Systems, Inc., 1997), 584.

I got a QR code sent to me shortly after getting the Johnson and Johnson vaccine. A QR code is basically a natural extension of the conventional barcode, but can store up to 7089 digits or 4296 characters, including punctuation marks and special characters, the Code can equally encode words and phrases such as internet addresses. One thing to always keep in mind, especially when it comes to designing the Static QR Codes aesthetic is that the more data is added, the more the size increases and its structure becomes more complex.

SEE FOR INSTANCE THIS CODE: 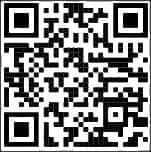 Even when damaged, the QR Code’s structure data keys include duplications. It is thanks to these redundancies that allow up to 30% of the Code structure to take damage without affecting its readability on scanners.

So a “name” can literally be a part of this image. Or some number to support a world-wide edict.

“Now that more entities are requiring more vaccines, is the administration reconsidering something like a QR code or a passport to help verify people’s vaccination status?” the reporter asked. “And if not, what are you doing to stop the proliferation of fake vaccine cards?”

“There are a number of ways people can demonstrate their vaccination status,” Zients replied. “Companies and organizations and the government are taking different approaches. We applaud this innovation.”

However, he was clear that the White House will not get involved in creating vaccination QR codes. “There will be no federal vaccination database,” Zients said. “As with all other vaccines the data gets held at the state and local level.”…..

France people not allowed into supermarkets without “covid passports”.pic.twitter.com/BsjKMT4Dgm

A man has ridden his horse through today’s protest at the Queensland-New South Wales border, encouraging crowds to cross through checkpoints. “Cross over! They cannot arrest all of us!” https://t.co/vCkgfVcizZ #COVID19 #7NEWS pic.twitter.com/tyHcBpuVBM