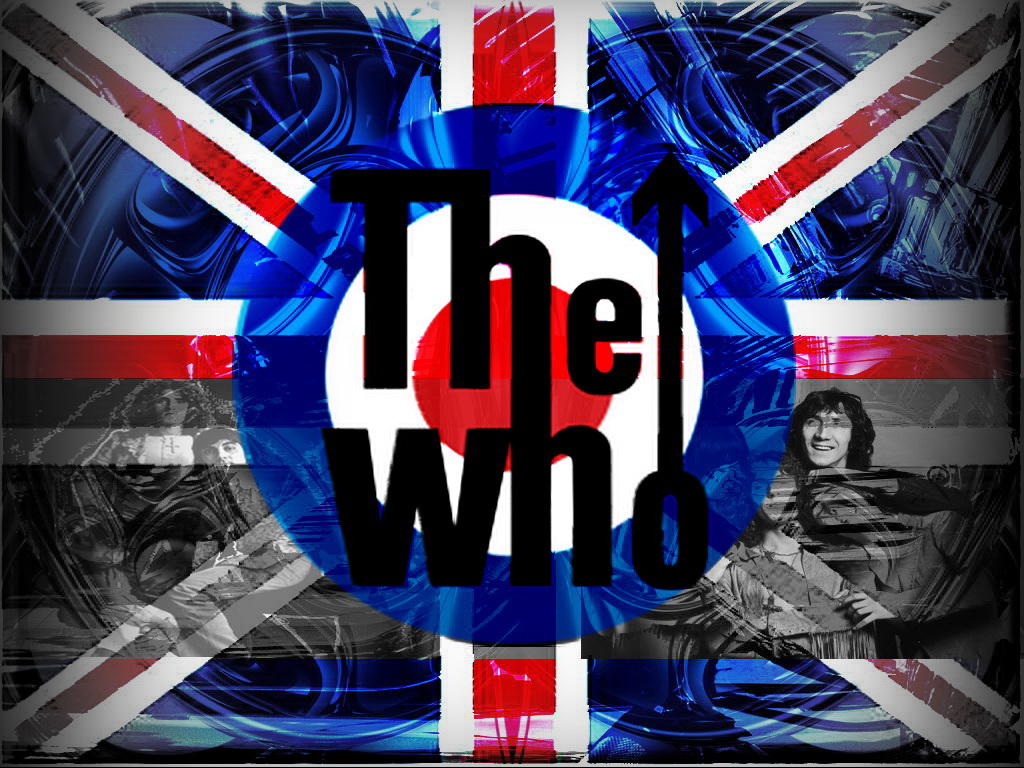 The Who frontman Roger Daltrey has slammed the British Labor Party for its lax immigration policy which he says “destroyed the jobs of my mates.”

In a candid interview published this weekend in The Sunday Times magazine, Daltrey said he would never forgive the party which he used to support for welcoming the influx of immigrants, a policy he blames for the unemployment among Britain’s working class.

“I will never, ever forgive the Labor Party for allowing this mass immigration with no demands put on what people should be paid when they come to this country. I will never forgive them for destroying the jobs of my mates, because they allowed their jobs to be undercut with stupid thinking on Europe, letting them all in, so they can live 10 to a room, working for Polish wages,” Daltrey told the Sunday Times.

“I’ve got nothing against the Poles at all, but that was a political mistake and it made me very angry. And the people who get it in the neck are the immigrants, and it’s not their fault,” he said according to The Daily Telegraph.

The vocalist and songwriter laid blame not only on the Labor Party, but also the European Union as a whole for its “detrimental” bureaucracy which he said he “can’t stand.”

Notice the local ultra-liberal media spin, implying the Mayor is a bigot. He simply commented that if you come to our country you should assimilate to the local culture rather than wanting indigenous residents to change for yours.

The bigots outright racists are the Somalis, who spit on America and our American culture.

“…In 1994, nearly two-thirds of U.S.-born teenagers were in the summer labor force; by 2007 it was less than half. At the same time, the overall number of immigrants (legal and illegal) holding a job doubled. The evidence indicates that immigration accounts for a significant share of the decline in teen labor force participation…”

(A Drought of Summer Jobs: Immigration and the Long-Term Decline in Employment Among U.S.-Born Teenagers)

I am a native-born New Mexico Hispanic. I often write letters to newspapers on a subject which those without an Hispanic last name dare not write: the urgent need for immigration reform.

This nation’s immigration policy, begun in 1965, is a disaster. It hurts minorities, the poor, the environment – as we see dramatically here in the West on an almost daily basis – and immigrants themselves.

Because of my last name, I can call for immigration reform, although I, too, have been labeled a racist – a hurtful claim that is impossible to disprove. As Ventura, Calif., Navy Dispatch editor Samuel Francis wrote in a recent editorial, – ‘Hate’ now includes all opposition to immigration.” Yet, immigration affects us all, and we should be able to talk about it without fear of character assassination.

This trend has its roots in the national news media, where reporters almost invariably report on immigration as being good and those opposed to immigration as being bad or racist. These stories remind us that we are a nation of immigrants, while ignoring that the incredibly high rates of immigration to the United States are largely a recent phenomenon.

On a personal level, I am concerned about over-immigration because it hurts me and others in a state where the tide of immigrants out of Mexico is crushing native-born Hispanics, flooding already stressed schools, and sharply increasing drug trafficking and violent crime.

The rumored economic boom, despite many news reports to the contrary, has left Hispanics behind. The Federal Reserve recently reported that the median Hispanic net worth fell a whopping 24 percent between 1995 and 1998 due to “an accelerating influx of poor immigrants.” Put another way, when workers ask for a raise, they are often reminded that there are many others who will do the same work for less, including for below minimum wage. We all, native-born and immigrants, know there is no “labor shortage” for many of our jobs.

For that matter, do any American workers at any level see employers clamoring to increase their pay? No, they see industry calling for the right to import more cheap workers.

While I care about the world’s poor – roughly 1.5 billion people fall into that category – I believe we cannot possibly welcome all these mostly economic (rarely political) refugees to the United States. Do advocates of high immigration believe our own slums are empty and that we no longer have citizens needing a fair chance at decent-paying jobs?

We must return immigration to traditional levels. To stop the cross-border flow and the peril the trek brings to Mexican nationals, we must impose sharp penalties for those employers who hire illegal immigrants.

Another significant reason behind this very important job loss for an important segment of our population is minimum wage hikes. First Milton Friedman then a portion of an article:

Here is the excerpt from the article entitled, “Hey, Dude, Where’s My Job?“:

….Unfortunately, teens are also learning personal lessons about price theory and supply and demand. While America’s youth were busy downloading the latest iTunes, those running the country savaged their job prospects. In July 2009, a month distinguished by the then-highest unemployment rate among teens since at least 1948, the latest of three hikes in the minimum wage pushed through by Congress in 2007 went into effect. As a consequence, the cost to hire part-time or unskilled workers jumped to $7.25 per hour, a full 41 percent increase from the 2007 going rate of $5.15. Some considered the hike overdue; a decade had passed since the prior increase. Others argued that carrying through with such a hefty jump was ill conceived, especially in light of the recession. The bottom line: The sharp rise in the minimum wage has almost certainly contributed to an equally harsh increase in unemployment among those not yet old enough to vote.

Why? Because teens account for a disproportionate number of those paid bottom-of-the-barrel rates. In 2009, for example, teens made up 6 percent of all workers paid by the hour, but 23 percent of those paid at or below the minimum rate. Put another way, some 5 percent of the nation’s hourly workers received minimum wage or less; nearly 19 percent of teens fall into this category. At last count, nearly 26 percent of all teenagers were unemployed, up from 24 percent a year earlier. This is a decidedly worse showing than the rate for adult men, for instance. In June, unemployment for men totaled 9.9 percent, actually down slightly from 10 percent the year before.

That higher minimum wages could lead to lower employment isn’t a shocking concept.

Naturally, the recession caused millions of all ages to lose their jobs. However, the disproportionate hit taken by young people can also, according to a recent study, be laid directly at the door of the hike in minimum wage. Economists William Even of Miami University and David MacPherson of Trinity University compared teen job losses in states impacted by the minimum wage hikes with states that were not affected. (Some states had independently passed a minimum wage as high or higher than the national level, thus rendering the federal hike irrelevant.) They conclude that the increase in minimum wage raised teen unemployment by 114,000….

Now, the 40-year-old is rethinking her lifelong support for the party. She has been without steady work for two years, lost her home and car and began receiving cash assistance from the state for the first time. This year, she says, “I’m willing to take a chance on something different.” Another possibility, she says, is that she won’t vote at all.

Ms. Jones is part of an unmeasured, agitated mass: unemployed Americans who don’t believe the Obama Administration and Congress have done enough to produce jobs. With elections coming up, their unease is especially troublesome for the Democrats, who control both chambers.

A poor economy never bodes well for incumbents. Cook Report, the nonpartisan political newsletter that tracks congressional races, estimates that 73 House seats are vulnerable—including Mr. Schauer’s. This group has two things in common. Almost all (66 of 73) are held by Democrats, and most include counties that have unemployment rates exceeding the national average, according to data assembled by The Wall Street Journal.

Gateway Pundit has an amazing story of violence:

HotAir points out the hypocritical nature of the media and those opposed to the tea parties. There is even video of the “rioters” as they pass by one person who films them. If Tea Party members did what these people did… all hell would break loose on the news networks… instead, silence. Which is yet more proof of media bias

After months of warning that Tea Party protests would erupt into violence, a wave of vandalism and violence crested in Santa Cruz this weekend.  Masked protesters wielding torches swarmed through the business district, smashing windows and chanting “the streets are on fire!” and “Revolution!” It’s exactly the kind of armed uprising that Tea Party critics predicted … except that it didn’t erupt at a Tea Party:

A group of protesters demonstrating at a May Day rally for worker’s and immigrant rights downtown broke off into a riot vandalizing about a dozen businesses around 10:30 p.m. Saturday, police said.

Windows were left shattered and graffiti including anarchy signs were tagged onto buildings. The Rittenhouse Building, Urban Outfitters, Jamba Juice and Velvet Underground all had windows broken, according to Capt. Steve Clark.

Santa Cruz police asked for help from all agencies in the county to break up the riot of about 200 people. At one point, protesters lit a fire on the porch of Caffe Pergolesi and blocked access to firefighters, officers said. Police were able to clear out the demonstrators before more damage was caused.

A large rock sat outside Verizon Wireless on the 100 block of Cooper Street, where vandals tried to break the window twice, according to Clark.