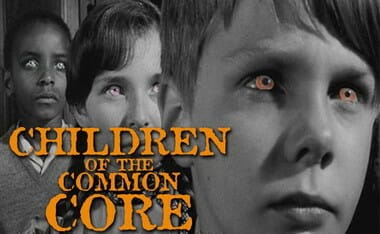 More-and-more parents will opt to home school… or offer classroom style “counter-courses” to teach a better path at critical thinking. In The Animal Farm, Napoleon takes the puppies away from Jessie and Bluebell as soon as they are weaned to “educate” them. While this is a picture of the KGB specifically, broadly speaking it is a picture of a state large enough to indoctrinate children by choosing how to teach children versus the parents choosing at a local level.

For more clear thinking like this from Dennis Prager… I invite you to visit:

Here is part of the Wall Street Journal article:

While many American parents are angry about the Common Core educational standards and related student assessments in math and English, less attention is being paid to the federally driven green Common Core that is now being rolled out across the country. Under the guise of the first new K-12 science curriculum to be introduced in 15 years, the real goal seems to be to expose students to politically correct climate-change orthodoxy during their formative learning years.

The Next Generation of Science Standards were released in April 2013. Thirteen states and the District of Columbia have adopted them, including my state of New Jersey, which signed on in July 2014 and plans to phase in the new curriculum beginning with the 2016-2017 school year. The standards were designed to provide students with an internationally benchmarked science education.

While publicly billed as the result of a state-led process, the new science standards rely on a framework developed by the Washington, D.C.-based National Research Council. That is the research arm of the National Academy of Sciences that works closely with the federal government on most scientific matters.

All of the National Research Council’s work around global warming proceeds from the initial premise of its 2011 report, “America’s Climate Choices” which states that “climate change is already occurring, is based largely on human activities, and is supported by multiple lines of scientific evidence.” From the council’s perspective, the science of climate change has already been settled. Not surprisingly, global climate change is one of the disciplinary core ideas embedded in the Next Generation of Science Standards, making it required learning for students in grade, middle and high school.

The National Research Council framework for K-12 science education recommends that by the end of Grade 5, students should appreciate that rising average global temperatures will affect the lives of all humans and other organisms on the planet. By Grade 8, students should understand that the release of greenhouse gases from burning fossil fuels is a major factor in global warming. And by Grade 12, students should know that global climate models are very effective in modeling, predicting and managing the current and future impact of climate change. To give one example of the council’s reach, these climate-change learning concepts have been incorporated almost verbatim into the New Jersey Department of Education model science curriculum.

Many of the background materials and classroom resources used by instructors in teaching the new curriculum are sourced from government agencies. For example, the Environmental Protection Agency has an array of ready-to-download climate-change primers for classroom use by teachers, including handouts on the link between carbon dioxide and average global temperatures and tear sheets on the causal relationship between greenhouse-gas emissions and rising sea levels.

Similarly, the National Oceanic and Atmospheric Administration and the Energy Department have their own Climate Literacy & Energy Awareness Network, or Clean, which serves as an online portal for the distribution of digital resources to help educators teach about climate change. One such learning module requires students to measure the size of their family’s carbon footprint and come up with ways to shrink it.

Relying on a climate-change curriculum and teaching materials largely sourced from federal agencies—particularly those of the current ideologically driven administration—raises a number of issues. Along with the undue authoritative weight that such government-produced documents carry in the classroom, most of the work is one-sided and presented in categorical terms, leaving no room for a balanced discussion. Moreover, too much blind trust is placed in the predictive power of long-range computer simulations, despite the weak forecasting track record of most climate models to date.

This is unfortunate because the topic of man-made global warming, properly taught, would present many teachable moments and provide an example of the scientific method in action. Precisely because the science of climate change is still just a theory, discussion would help to build student skills in critical thinking, argumentation and reasoning, which is the stated objective of the new K-12 science standards….. 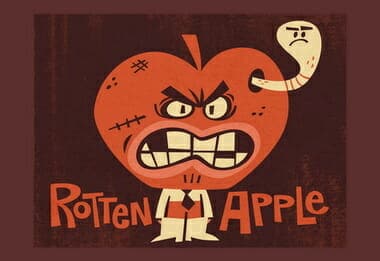 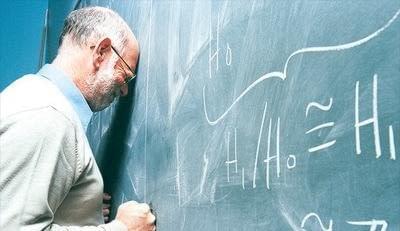 This comes via Gateway Pundit and Poor Richard’s News, and is yet another example of how government involvement deteriorates teaching students well:

Think like a Nazi, the assignment required students. Argue why Jews are evil.

Students in some Albany High School English classes were asked this week as part of a persuasive writing assignment to make an abhorrent argument: “You must argue that Jews are evil, and use solid rationale from government propaganda to convince me of your loyalty to the Third Reich!”

Students were asked to watch and read Nazi propaganda, then pretend their teacher was a Nazi government official who needed to be convinced of their loyalty. In five paragraphs, they were required to prove that Jews were the source of Germany’s problems.

The exercise was intended to challenge students to formulate a persuasive argument and was given to three classes, Albany Superintendent Marguerite Vanden Wyngaard said. She said the assignment should have been worded differently.

“I would apologize to our families,” she said. “I don’t believe there was malice or intent to cause any insensitivities to our families of Jewish faith.”

One-third of the students refused to complete the assignment, she said.

Vanden Wyngaard said the exercise reflects the type of writing expected of students under the new Common Core curriculum, the tough new academic standards that require more sophisticated writing. Such assignments attempt to connect English with history and social studies.

This is worse than the “I am willing to give up some of my constitutional rights in order to be safer or more secure” assignment!

But this thinking is becoming more ingrained in society… that is, support for radical views against Israel, support for the Palestinians, and the painting of Jews as “less than” civilized society. Here is one such example from Columbia University:

John Hawkins has collected some quotations from college professors that help explain why Obama et al. would want every American to go to college. A few examples:

Note that nutty professors Ayers and Dohrn are personal friends of Obama, and literally launched his political career from their apartment. Obama has urged us to open our hearts and minds to the racist communist Bell.

“When an opponent declares, ‘I will not come over to your side,’ I calmly say, ‘Your child belongs to us already… What are you? You will pass on. Your descendants, however, now stand in the new camp. In a short time they will know nothing else but this new community.’”

“Give me four years to teach the children and the seed I have sown will never be uprooted.”