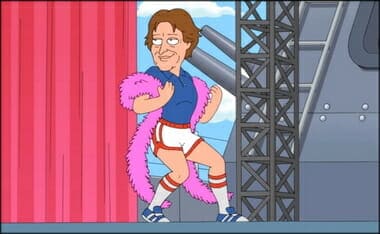 Censorship is the new norm, and this is with thanks to the left. See for instance Jerry Seinfeld talking about censorship in comedy.

To even write that Bruce Jenner is a man and not a woman is hate speech.

Stating an anti-transgender opinion is close to forbidden in today’s “news” pages and “news” rooms, especially after the Bruce Jenner fawning frenzy. Exhibit A? Pittsburgh Post-Gazette columnist and associate editor Jennifer Graham (no relation to me) wrote a column truthfully titled “Caitlyn Jenner is still a mister.”

JimRomenesko.com notes Jay Brown of the so-called Human Rights Campaign demanded in a letter that she be fired for “hate speech, plain and simple”:

I am writing to you regarding a despicably offensive and inaccurate column by your employee, Jennifer Graham. Simply put, after submitting a piece so utterly lacking truth or decency, she should be relieved of her role as a columnist….

There is still time to make this right, but the solution involves taking action now. Ms. Graham has no business serving as a columnist at a publication with a reputation as sterling like yours. Instead, lift up a  Pittsburgh voice that has something meaningful to say on the issues of the day.”

I posted the above on my FaceBook and got the following response from a gal I adore… but who is just mimicking pop-culture:

How is it anyone’s business other than Caitlin Jenner’s to decide what/who to be called?

Here is my response to the above… and it is in the hopes to create sound thinking/reflection on how she, we, encapsulate thoughts… and thus meaning. (I AM HERE including slightly more information than in the original response):

You are making my point. So let’s change this around: “How is it anyone’s business other than ‘the Pittsburgh columnist to comment on Jenner’.”

You see, when a baker decides to not make a cake for a specific event, the power of the state gets involved. Likewise, we will soon see the state get involved in issues like these… like pastors being fined and even threatened with jail for preaching from Romans.

Also, there is a growing movement of people who had operations to become a woman speaking out against fellow “prospective” transgenders from getting the operation and deluding oneself into thinking they are the opposite sex (See my “Transgender Page” for some examples)

Again, relativism claims that all so-called truth is relative, that there really is no absolute truth, but that different things (whatever they may be) may be true for me but not for you.  This is at times called perspectivalism.

Is this philosophy of relativism making the statement that this is the ultimate, absolute truth about truth?  In that case, it actually asserts what it denies, and so is self-deleting, simply logically incoherent as a philosophical position[1] and in violation of the Law of non-contradiction (LNC), one of the most important laws of logical thought.[2]  I will show some common – everyday – rebukes that show how people contradict themselves, thus undermining what in fact they are trying to assert.

Some Examples ~ You Shouldn’t Force Your Morality On Me![3]

The “Who are you to say?” challenge fails on another account.  Taken at face value, the question challenges one’s authority to judge another’s conduct.  It says, in effect, “What authorizes you to make a rule for others?  Are you in charge?”  This challenge miscasts my position.  I don’t expect others to obey me simply because I say so.  I’m appealing to reason, not asserting my authority.  It’s one thing to force beliefs; it’s quite another to state those beliefs and make an appeal for them.

The “Who are you to say?” complaint is a cheap shot.  At best it’s self-defeating.  It’s an attempt to challenge the legitimacy of your moral judgments, but the statement itself implies a moral judgment.  At worst, it legitimizes anarchy!

(See more at my SCRIBD)

I then mentioned that the first part of this “two-part import” from my old blog to my new one may fit the applications as well:

This is a combination of two posts, the first was a question I posed to someone in a forum. Below you see what that question was and where I led that person. The second is a bit of political science. Both repeat some of the same idea, but both are different.

So let’s highlight the first question by a court case that has, well, institutionalized the “post-modern” society. In Planned Parenthood v. Casey (1996), the 9th District Appeals Court wrote:

“At the heart of liberty is the right to define one’s own concept of existence, of meaning, of the universe and of the mystery of human life. Beliefs about these matters could not define the attributes of personhood were they formed under compulsion of the State.”

In other words, whatever you believe is your origin, and thus your designating meaning on both your life and body is your business, no one else’s. If you believe that the child growing in you – no matter at what stage (Doe v. Bolton) – isn’t a child unless you designate it so. You alone can choose to or not choose to designate life to that “fetus”. It isn’t a “potential person” until you say it is first a person. Understand? That being clarified, do you agree with this general statement:

Sounds really close to the 9th Courts majority view doesn’t it. The above is basically saying that your opinion is just as valid as another persons opinion because both are your’s and the other persons perspective on something is formed from influences from your culture and experiences. So someone from New Guiney may have a differing view or opinion on eating dogs than an American.

Let’s compare a portion from both statements:

Whether you’re an atheist, Buddhist, Hindu, Christian or Muslim, it doesn’t matter. Your reality is just that… your reality, or opinion, or personal dogma. I want to now complete one of the quotes that I left somewhat edited, not only that, but I want to ask you if you still agree with it after you find out who wrote it.

“Everything I have said and done in these last years is relativism by intuition…. If relativism signifies contempt for fixed categories and men who claim to be bearers of an objective, immortal truth… then there is nothing more relativistic than fascistic attitudes and activity…. From the fact that all ideologies are of equal value, that all ideologies are mere fictions, the modern relativist infers that everybody has the right to create for himself his own ideology and to attempt to enforce it with all the energy of which he is capable.”

Mussolini, Diuturna pp. 374-77, quoted in A Refutation of Moral Relativism: Interviews with an Absolutist (Ignatius Press; 1999), by Peter Kreeft, p. 18. 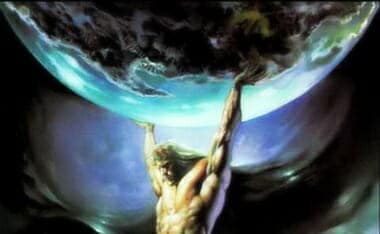 The above video is a presentation I have done at church as well as in front of high school’ers at a Christian school.

For a less than 2-minute treatment of my above 23-minute presentation [e.g., save time], watch this DR. CRAIG VIDEO:

★ Dr. William Lane Craig answers a question about God’s attribute. In this case, His omnipotence.

★ One of the best books to introduce people to “first principles” and how to apply them to worldviews: “Unshakable Foundations: Contemporary Answers to Crucial Questions about the Christian Faith“.

★ Much of what I spoke of was from chapter four, “The Nature of God.” it is the book, “Handbook of Christian Apologetics“.

★ Can God Create a Rock So Heavy He Can’t Lift It? – Can God Truly Be Omnipotent?

★ Can God create a rock so heavy He can’t move it?

★ Can God Make A Rock So Big He Cannot Lift It?

★ Can God Make a Rock So Big That.