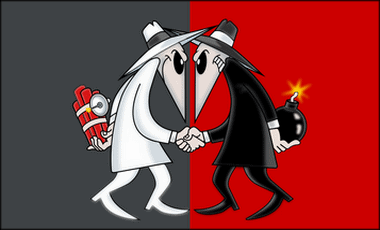 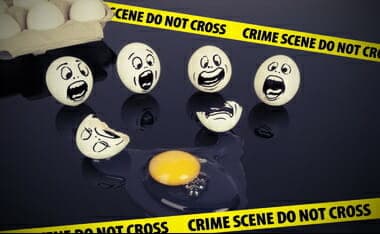 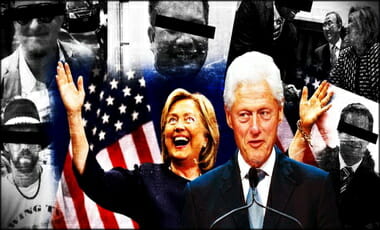 Mind you we know the Russians were not behind the leaks… per my post from yesterday.

Above video is via GATEWAY PUNDIT. Here is the key exchange:

Julian Assange: Whistleblowers go to significant efforts to get us material and often very significant risks. As a 27 year-old, works for the DNC, was shot in the back, murdered just a few weeks ago for unknown reasons as he was walking down the street in Washington.

Reporter: That was just a robbery, I believe. Wasn’t it?

Julian Assange: No. There’s no finding. So… I’m suggesting that our sources take risks.

Here is some more points regarding Seth via TOWNHALL:

Emily Zanotti of HeatStreet, who is no leftist, has written a skeptical article about the conspiracy theories surrounding his death, analyzing Reddit threads. Reddit has contributors covering the circumstances of his death extensively, but they aren’t professional journalists, are mostly anonymous and can get things wrong, which hurts the credibility of the speculation.

The myth-debunking site Snopes labeled the suspicion over Rich’s death as false. This is strange, since how does Snopes know that it is false? The police haven’t even completed their investigation yet, which Snopes admits. Many murders go unsolved, including several of the strange deaths of people associated with the Clintons. A $25,000 reward is being offered for information about who killed Rich.

There should be no rush to judgment either way. Two people were robbed at gunpoint within the hour before Rich was murdered, a little over a mile away. If Rich was really the victim of a robbery, why didn’t the robbers take his valuables? It is possible that Rich refused to turn his valuables over, so the robbers shot him, and then fled without the valuables due to the noise from the gunshot. Police investigators will likely speak with the victims of the earlier two robberies and ask if they can recall what the gun looked like to see if the ballistics match the two rounds that killed Rich…

Because of this, there is a renewed interest in the “Clinton Body Count” due to some suspicious deaths surrounding some that could have been involved in the DNC email leaks, and, those in criminal cases linked to Clinton “bag men.” Personally, I will always believe Vince Foster’s death was a murder, and the only reason Bill made it into the WH was because Ron Brown died. This is all “old hat” to us conservatives… welcome to the party “Bernie fans.”

THAT BEING SAID, socialism always leads to murder… so Bernie [esp. his policies] would end up making the “Clinton Body Count” look like chicken feed.

Hell, we already have violence and murder from ideologies coddled by Democrats.

Here is one example from a detailed article over at TOWNHALL detailing some of these new issues:

The former President of the United Nations General Assembly, John Ashe, mysteriously passed away on June 22, a few days before he was scheduled to begin pretrial meetings involving shady financial dealings regarding a former Clinton crony. Local police officers said he died from dropping a barbell on his throat while working out, but the UN oddly first claimed he died of a heart attack. The 61-year-old was supposed to testify against Chinese real estate developer Ng Lap Seng, who was implicated in the “Chinagate” scandal for funneling money to the DNC for Bill Clinton through Arkansas restaurant owner Charlie Trie. Ashe was arrested last year for allegedly taking over $3 million in bribes from Chinese businessmen, including over half a million from Ng Lap Se, in exchange for building a United Nations conference center in Macau.

Mind you, the Clinton’s may not be directly involved with this. BUT, the people the Clinton’s have surrounded themselves with over the years are out-n-out criminal. This speaks volumes to the character of the Clinton’s during their political careers.

Do you think Bill flying on “Lolita Express” with “money man” Jeffrey Epstein, who, dealt in providing underage prostitutes to people — as well as being a bag-o-shit himself:

…The Palm Beach, Florida police and the FBI both investigated charges that Epstein consorted with underage girls used for prostitution.

Court documents show that police found a ‘clear indication that Epstein’s staff was frequently working to schedule multiple young girls between the ages of 12 and 16 years old literally every day, often two or three times per day.’

One victim said under oath that Epstein molested her at least 50 times, beginning when she was 13…

I WILL KEEP THE BELOW, BUT ONE SHOULD NOTE THIS GIRL WHO ACCUSED TRUMP HAS BEEN SHOWN TO BE LYING:

So, Mr. Epstein just “fell” into such criminal activity? Or do you think he scratched and clawed his way to it… violence and possibly murders being involved? How did Bill Clinton get involved with him? Through innocent means and dealings? Are you an idiot?

You mean to tell me that THESE people are not criminal enough to protect [through violence] their “exploits”? Bill Clinton dealing with drug dealers, having a nose like a vacuum cleaner, these drug dealers are upstanding citizens of the community? PLEASE!

Do you think Roger Clinton wasn’t responsible to others who invested in him to influence then President Bill Clinton to consider real estate ventures in Haiti by crafting some sort of legislation via the power of his office?

Bill Clinton’s half brother Roger, nicknamed ‘headache’ by the Secret Service during Clinton’s presidency, has tried to keep a low-profile as his sister-in-law Hillary positions her family to move back into the White House.

But now it is revealed today that he used his brother-in-law’s name to win a $100,000 consulting contract with a company looking to build houses in Haiti.

And it is also disclosed that he is living in a home that was partly – if not fully – paid for by Bill through a limited liability company registered to the Clintons’ family home in Chappaqua, New York….

Do you think these “investors” were just upstanding citizens who wouldn’t harm a fly to protect their ventures? I would guess this wasn’t the first time people like them “invested” with strings attached to causes like this. Do you really need to watch CLINTON CASH AGAIN?

And here the little fairy girls will drive by with Hillary for Women stickers on their cars… oblivious to Hillary Clintons past and the “Nuts-or-Sluts” strategy.

What a joke Democrats are.