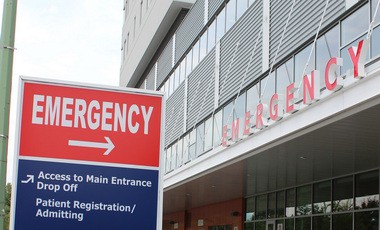 (Hat-tip to PECKFORD 42) Dr. Rochagné Kilian, an ER doctor in Owen Sound, Ontario, resigned in protest of mandatory vaccines and the corruption of our health services. in this upload I combine two media sources. The first can be found at BIT-CHUTE:

I uploaded it here to preserve the main issue at hand:

(I heard you are considered vaccinated 14-days after your 2nd shot. Any time before that you are “unvaccinated”.) Here is THE STRONG AND FREE’S POST:

Dr. Rochagné Kilian, an ER doctor in Owen Sound, Ontario, resigned in protest of mandatory vaccines and the corruption of our health services.

Dr. Kilian came to public attention when the recording of the Grey Bruce hospital board was released (link below). In that recording, board president Gary Simms cannot provide any evidence whatsoever of his dire predictions of a ‘tidal wave of pediatric Covid cases’ which he says are coming this fall, while threatening Dr. Kilian when she spoke up for the truth.

Dr. Kilian has spoken out before regarding the growing corruption of our health care services and has shown leadership and integrity by resigning from her position.

“At least 80% of the ER patients in the past three months were double-vaxxed”, says Dr. Kilian of her informal survey of patients entering the ER with serious medical issues. “How many people are we going to kill if we keep following this narrative?”

Pandemic of the unvaccinated… not really:

…The oft-repeated refrain right now is that we’re in a “pandemic of the unvaccinated,” meaning those who have not received the COVID jab make up the bulk of those hospitalized and dying from the Delta variant. For example, August 20, 2021, England’s chief medical officer professor Chris Whitty tweeted:

“Four weeks working on a COVID ward makes stark the reality that the majority of our hospitalized COVID patients are unvaccinated and regret delaying. Some are very sick including young adults. Please don’t delay your vaccine.”

Curiously, if you take the time to actually look at the data, you’ll find that this blanket statement is rather deceptive. Here’s a graphic published in the Evening Standard, sourced from Public Health England. 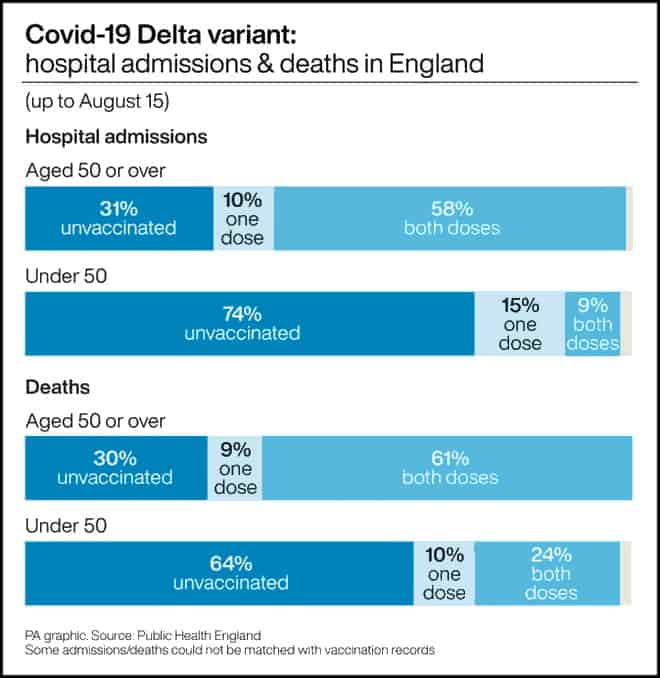 As you can see, as of August 15, 2021, 58% of COVID patients admitted to hospital who were over the age of 50 had actually received two doses of COVID injections and 10% had received one dose. So, partially or fully “vaccinated” individuals made up 68% of hospitalizations.

Only in the 50 and younger category were a majority, 74%, of hospitalizations among the unvaccinated. Whitty, however, completely neglected to differentiate between the age groups. The same applies to deaths. Unvaccinated only make up the majority of COVID deaths in the under-50 age group. In the over-50 group, the clear majority, 70%, are either partially or fully “vaccinated.”

It’s also unclear whether hospitals in the U.K. (and elsewhere) are still designating anyone who is admitted and tests positive with a PCR test as a “COVID patient.” If so, people with broken bones or any number of other health problems who have no symptoms of COVID-19 at all might be unfairly lumped into the “unvaccinated COVID patient” total. 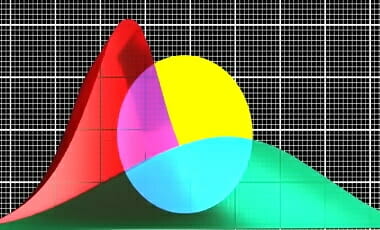 This is with a hat-tip to PECKFORD42, Originally posted at FREE WEST MEDIA. 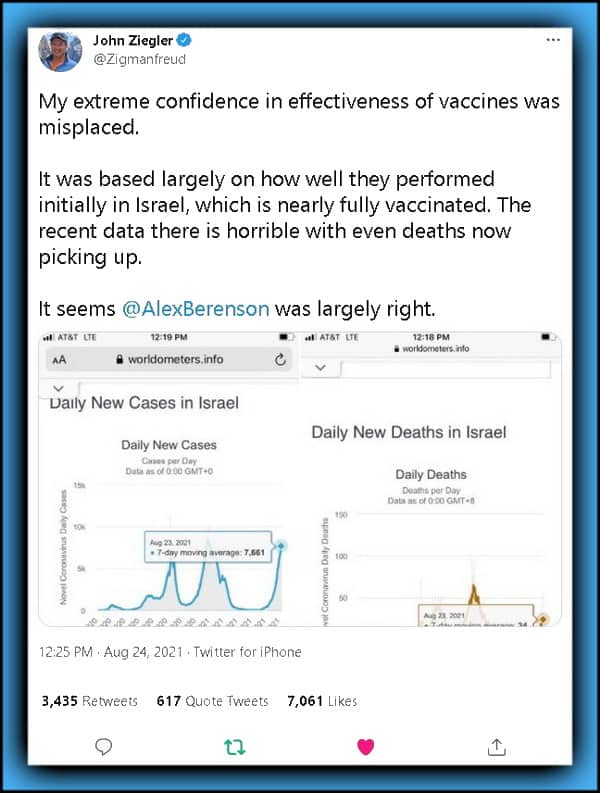 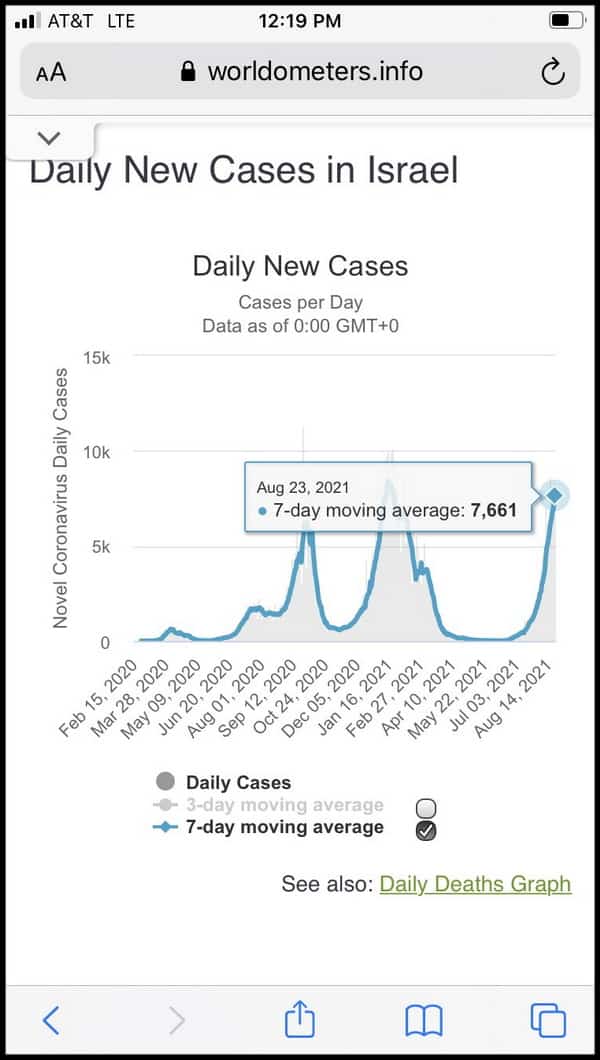 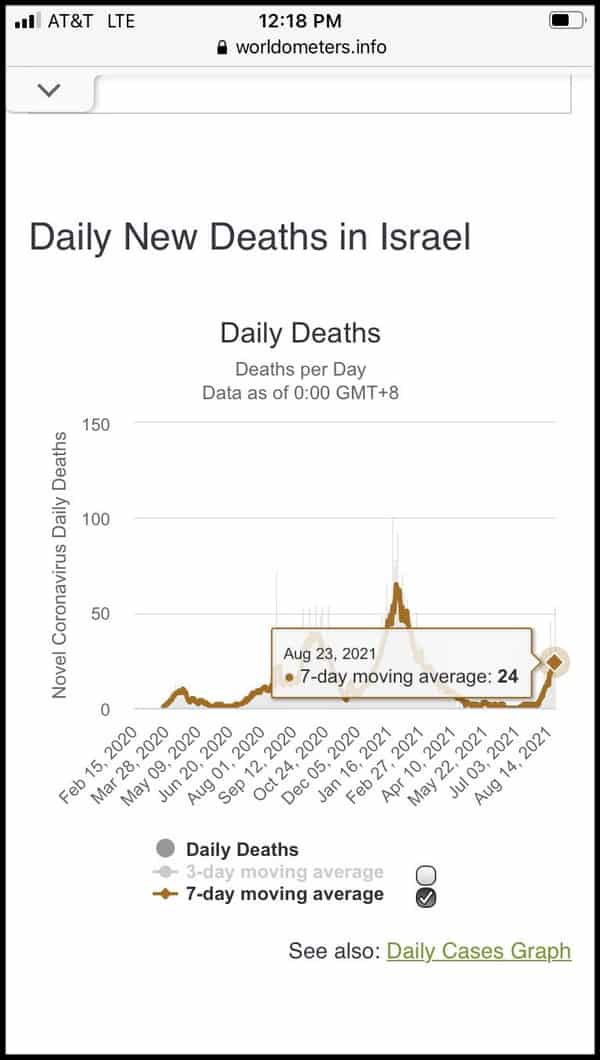 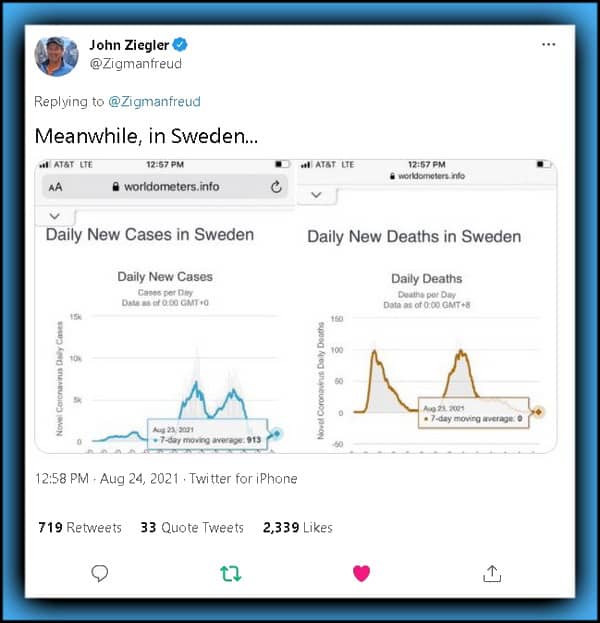 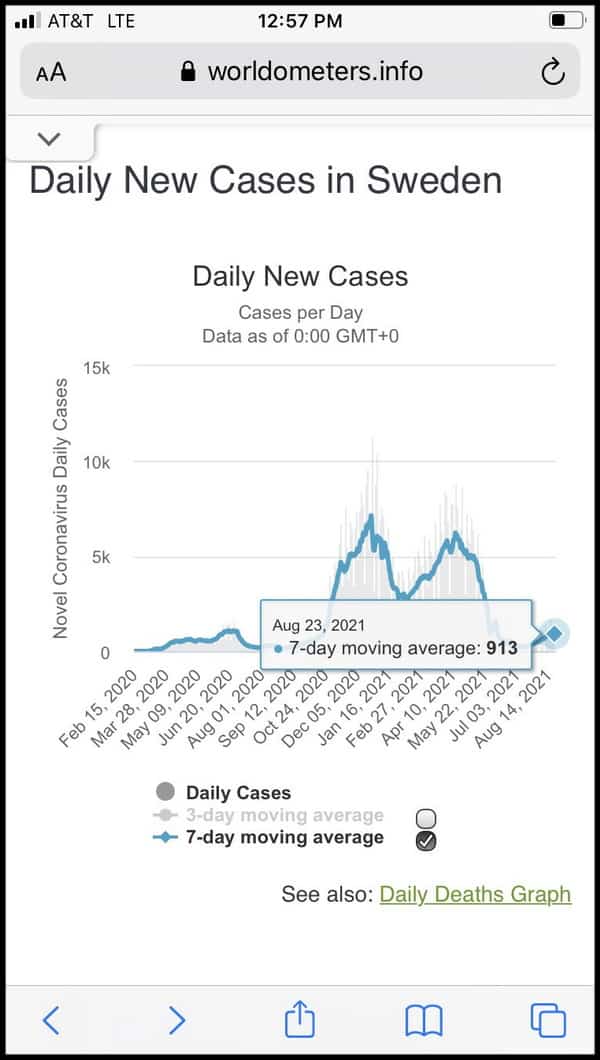 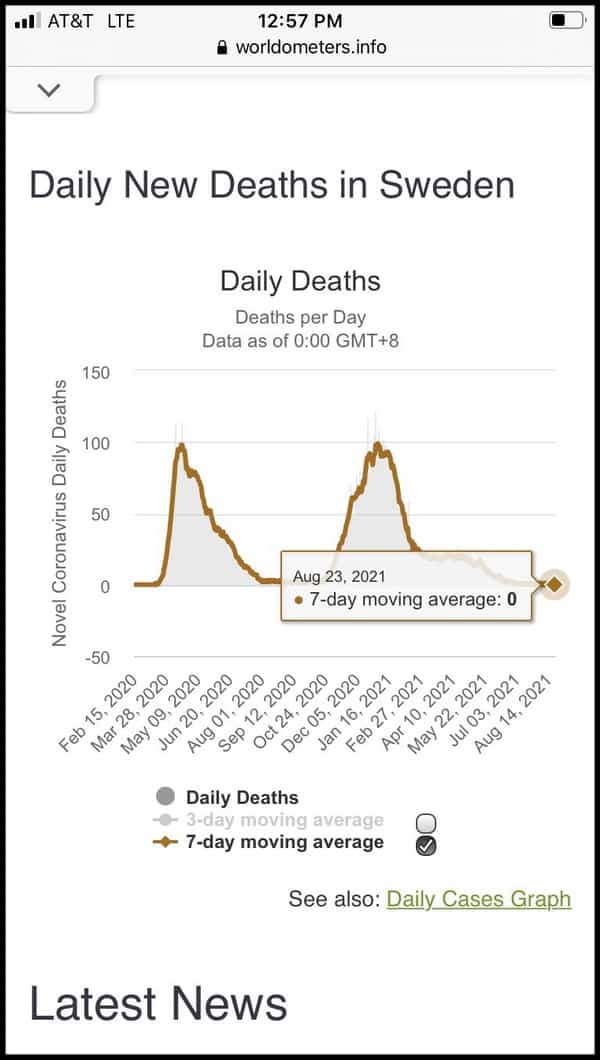 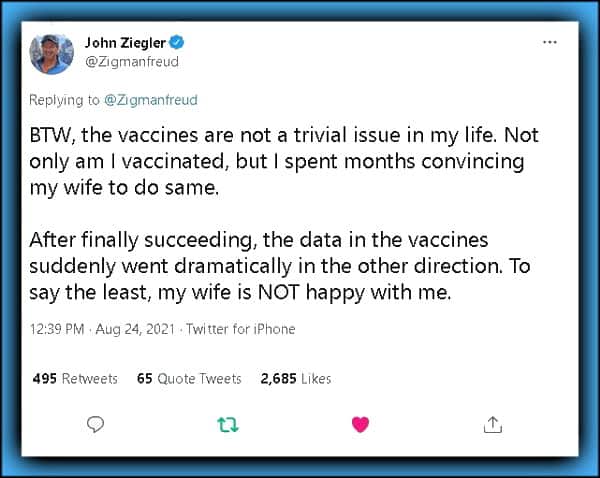 Noted in the story is this common sense position:

Berenson added: “A rational response to their plunging effectiveness would be – at the least – to stop encouraging their use while scientists investigate why they have stopped working so quickly. Instead Fauci is pressing Americans to take a third mRNA dose in the hope it will work better and longer than the original two.

“But no clinical trial data shows a third dose will reduce infections, much less hospitalizations or deaths. And a research preprint released Monday (Aug. 23) in Japan suggests the Delta variant could evolve in a way that could produce vaccine antibody-dependent enhancement, a nightmare scenario.”

So, What is antibody-dependent enhancement (ADE)? RIVER CITY MALONE (RCM) has a wonderful article explaining this well enough for myself, and hopefully the audience here:

In reacting either to an infection or a vaccine, your body makes antibodies of various types to a variety of proteins on the surface of the virus. Some of the antibodies will be neutralizing, meaning that when they bind to the virus they prevent the virus from getting inside human cells. Other antibodies can likewise bind to the virus, but not make any difference to the virus’s successful functioning. These are non-neutralizing antibodies.

The problem is that both types of antibodies can also bind with loose viral proteins, especially from a vaccine, or a subsequent exposure to another virus, or with proteins of similar shape on or in human cells themselves. When antibodies bind to a loose protein, this triggers what’s called an immune complex reaction.

Immune complexes tend to deposit in certain parts of the body, such as the joints and kidneys. Antibody Dependent Enhancement (ADE) appears to be a damaging inflammatory reaction of one’s own antibodies against one’s own tissues or cells, again, provoked by antibodies binding to one’s tissues or by immune complexes being deposited.

The antibody/antigen reaction triggers other inflammatory cells in a cascade effect, leading to tissue and organ damage which can be very serious.

RCM then links to two studies. You can view them yourselves when there. As noted in a previous post, Stephanie Seneff has said the following:

Stephanie Seneff, a senior researcher at the Massachusetts Institute of Technology’s Computer Science and Artificial Intelligence Laboratory (MIT CSAIL), says that the situation is reminiscent of a phenomenon seen among other vaccines called antibody dependent enhancement (ADE).

According to a study published in September 2020 in the Nature Microbiology journal, “One potential hurdle for antibody-based vaccines and therapeutics is the risk of exacerbating COVID-19 severity via antibody-dependent enhancement (ADE). ADE can increase the severity of multiple viral infections, including other respiratory viruses such as respiratory syncytial virus (RSV) and measles.”

In another study published in 2012, lab animals injected with experimental coronavirus vaccines developed enhanced lung diseases. As a result, the researchers concluded, “Caution in proceeding to application of a SARS-CoV vaccine in humans is indicated.”

According to Seneff, several studies have shown that coronavirus vaccines can alter how human immune systems respond to infections. In addition, the vaccines can activate dormant infections such as herpes, resulting in symptoms of Bell’s Palsy or shingles.

“It is conceivable to me that the laser-beam specificity of the induced antibodies is offset by a general weakening of innate immunity… I also suspect that massive vaccination campaigns may accelerate the rate at which the vaccine-resistant mutant strains become dominant among all the SARS-CoV-2 [coronavirus] strains,” Seneff said.

I highlighted this portion: including other respiratory viruses such as respiratory syncytial virus (RSV) BECAUSE I have noted the rise in RSV cases filling our ICU beds in a previous post… let me update this a bit.

The CDC even notes the new cases in young and old: Increased Interseasonal Respiratory Syncytial Virus (RSV) Activity in Parts of the Southern United States

There is now a renewed push to find a vaccine for RSV. RSV is a life-threatening, hidden epidemic for growing population of adults 60+ with over 177,000 hospitalizations — and 14,000 deaths — every year. I am sure that with the new CDC guidelines on Covid death categorizations (April 2020), I am positive a majority of these “Delta cases” are in fact RSV cases.

NBC KSN.COM (WITCHITA) has this:

WICHITA, Kan. (KSNW) – While COVID-19 cases are rising, so are cases of RSV (Respiratory Syncytial Virus), and it’s not just children getting infected.

Doctors are also seeing more people aged 65 and older come down with the virus. “

We know that 2.5 million cases a year happen in that age group, we also know it causes hospitalization and death,” said Dr. Terry Klein, a physician at Family Medicine East. “14,000 they estimate, could be more, in fact, likely more because the truth is we don’t test for RSB very often.”

Are colds and flu coming back? (MEDICAL EXPRESS)

“Parts of the Southern United States,” coupled with “could be more, in fact, likely more because the truth is we don’t test for RSB very often.” What do you have? This nonsense via R.T.:

R.T. is trying to say Texas and Florida. He is no better than the MSM looking for anything to stick on whom they think are deniers. 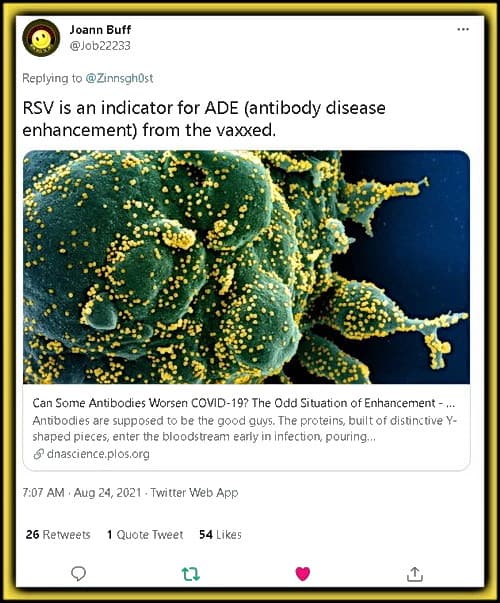 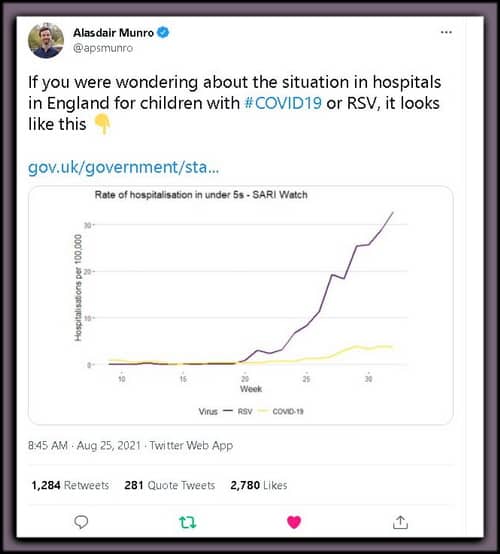 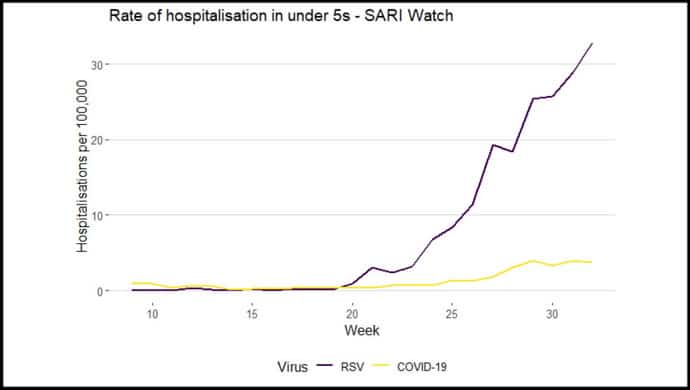 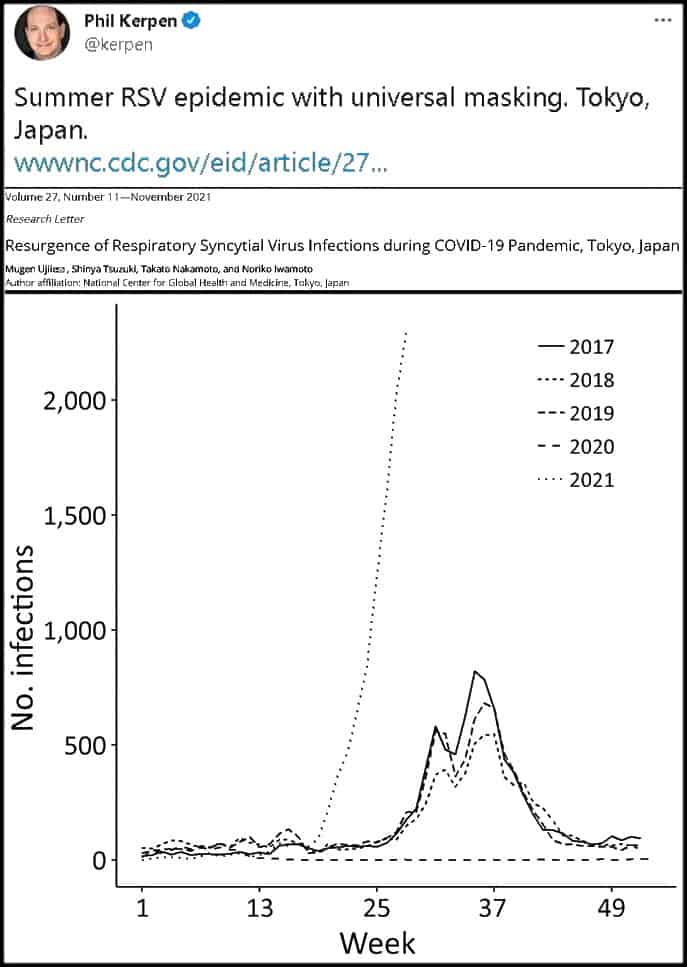 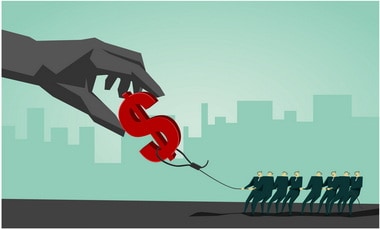 Armstrong and Getty read from and discuss a bit an article in the WALL STREET JOURNAL entitled: The Myth Of American Inequality. See more via my post titled, “Wealth Inequality in America – Critiques On Inequality” (The below video was the update to that post)

The article is originally found at the WALL STREET JOURNAL, titled:

Here is the non-paywall article via PECKFORD 42:

Taxes and transfers in the U.S. put its income distribution in line with its large developed peers.

America is the world’s most prosperous large country, but critics often attempt to tarnish that title by claiming income is distributed less equally in the U.S. than in other developed countries. These critics point to data from the Organization for Economic Cooperation and Development, which ranks the U.S. as the least equal of the seven largest developed countries. American progressives often weaponize statistics like these to urge greater redistribution. But the OECD income-distribution comparison is biased because the U.S. underreports its income transfers in comparison to other nations. When the data are adjusted to account for all government programs that transfer income, the U.S. is shown to have an income distribution that aligns closely with its peers.

The OECD measures inequality by determining a country’s “Gini coefficient,” or the proportion of all income that would have to be redistributed to achieve perfect equality. A nation’s Gini coefficient would be 0 if every household had the same amount of disposable income, and it would approach 1 if a single household had all of the disposable income. The current OECD comparison, portrayed by the blue bars in the nearby chart, shows Gini coefficients for the world’s most-developed large countries, ranging from 0.29 in Germany to 0.39 in the U.S.

But there are variations in how each nation reports income. The U.S. deviates significantly from the norm by excluding several large government transfers to low-income households. Inexplicably, the Census Bureau excludes Medicare and Medicaid, which redistribute more than $760 billion a year to the bottom 40% of American households. The data also exclude 93 other federal redistribution programs that annually transfer some $520 billion to low-income households. These include the Children’s Health Insurance Program, Temporary Assistance for Needy Families and the Special Supplemental Nutrition Program for Women, Infants and Children. States and localities directly fund another $310 billion in redistribution programs also excluded from the Census Bureau’s submission.

This means current OECD comparisons omit about $1.6 trillion in annual redistributions to low-income Americans—close to 80% of their total redistribution receipts. This significantly skews the U.S. Gini coefficient. The correct Gini should be 0.32—not 0.39. That puts the U.S. income distribution in the middle of the seven largest developed nations.

Even these numbers understate how progressive the total tax burden is in America. The U.S. has no value-added tax and collects only 35.8% of all tax revenues from non-income-tax sources, the smallest share of any OECD country. Most developed countries have large VATs and collect a far larger share of their state revenue through regressive levies.