1. Comparing the top income bracket with the bottom income bracket over a period of years tells you nothing about what is happening to the actual flesh-and-blood human beings who are moving between brackets during those years. Following trends among income brackets over the years creates the illusion of following people over time. But the only way to follow people is to follow people. Source

2. Sports statistics are kept in a much more rational way than statistics about political issues. Have you ever seen statistics on what percentage of the home runs over the years have been hit by batters hitting in the .320s versus batters hitting in the .280s or the .340s? Not very likely. Such statistics would make no sense, because different batters are in these brackets from one year to the next. You wouldn’t be comparing people, you would be comparing abstractions and mistaking those abstractions for people.

But, in politics and in commentaries on political issues, people talk incessantly about how “the top one percent” of income earners are getting more money or how the “bottom 20 percent” are falling behind. Yet the turnover in income brackets over a decade is at least as great as the turnover in batting average brackets. Source

3. Only by focusing on the income brackets, instead of the actual people moving between those brackets, have the intelligentsia been able to verbally create a “problem” for which a “solution” is necessary. They have created a powerful vision of “classes” with “disparities” and “inequities” in income, caused by “barriers” created by “society.” But the routine rise of millions of people out of the lowest quintile over time makes a mockery of the “barriers” assumed by many, if not most, of the intelligentsia.” Source 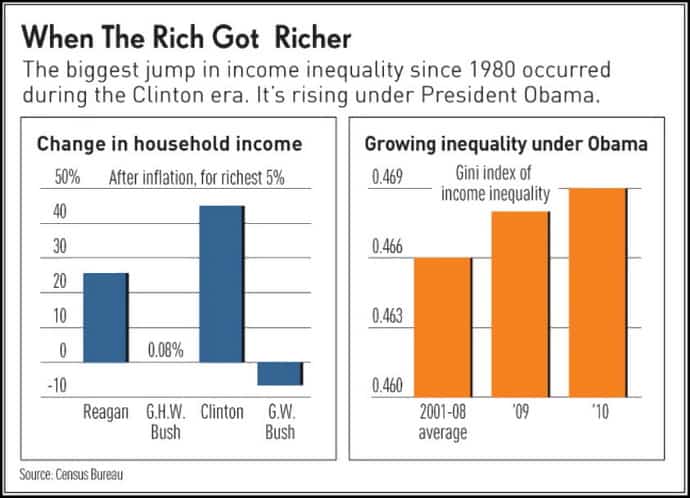