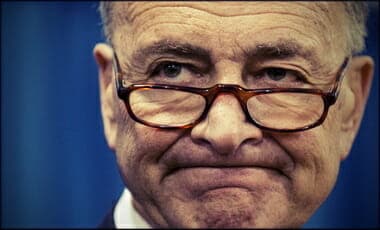 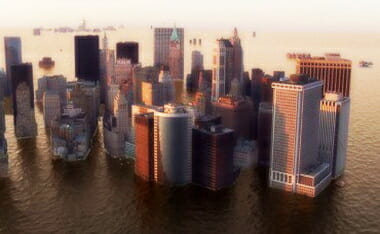 [I will] say this much for the climate commies who are squawking so loudly about the end of the world. At least they aren’t dumb enough to believe their own lies. If they were, they would live very differently. Matt Walsh will start believing that they believe what they insist we believe when they start living like the Amish:

I can only imagine how I would react if I actually believed that the extinction of all mankind was imminent, and my lifestyle was directly contributing to it. At a minimum, I would not drive a car anymore. Ever. At all. I would ditch electricity. I wouldn’t eat any kind of meat. I wouldn’t buy mass made consumer products. I wouldn’t give my money to any company that sells items made in factories with giant smokestacks. Those smokestacks are literally killing people. How could you continue shopping like everything is normal?

A great couple of paragraphs are posted by MOONBATTERY after the above… and then this:

…And if those who advocate it don’t believe it, why should the rest of us take so much as a second out of our lives to consider its merits?

(The below is RELATED to: UCSB Students Note Rising Sea Levels)

And this is a great transition because we can tell that those who have the funds to put their money where their mouth is (the wealthy) and preach about this the most (Manhattanites and the Entertainment industry) do not believe their own rhetoric. Why? See below…

(Gateway Pundit): Seven years ago ABC News warned viewers that New York City will be under water by 2015 due to global warming.

New York City underwater? Gas over $9 a gallon? A carton of milk costs almost $13? Welcome to June 12, 2015. Or at least that was the wildly-inaccurate version of 2015 predicted by ABC News exactly seven years ago. Appearing on Good Morning America in 2008, Bob Woodruff hyped Earth 2100, a special that pushed apocalyptic predictions of the then-futuristic 2015. The segment included supposedly prophetic videos, such as a teenager declaring, “It’s June 8th, 2015.”

The only way food would be soo high is if Obama’s war on affordable energy works it’s course! How come Manhattan property is through the roof!

(Breitbart) In 2006, on NBC’s Today Show, former-Vice President Al Gore predicted that Manhattan would be flooded in “15 to 20 years.” He added, “In fact the World Trade Center Memorial site would be underwater.” Just 3 years ago, the New York State Energy Research and Development Authority predicted that within the next ten years, “Irene-like storms of the future would put a third of New York City streets under water and flood many of the tunnels leading into Manhattan in under an hour because of climate change[.]”

By hook or crook, through super storms or glacier melt, Climate Change has doomed the Big Apple.

What we have here are two of the most respected environmental voices among the political Left — Gore and the government — warning of dire flooding hitting Manhattan within the next 10 years. And at least according to their activism, the predominantly left-wing, Global Warming believers of Manhattan are listening. Furious about the lack of wealth-distribution that will save the planet and their small island, just 6 months ago, more than 300,000 took to the streets of Manhattan to protest.

And yet, a funny thing is happening in the real world of the free market. Manhattan might be the elite media/entertainment/intellectual hub of the cult of Global Warming, but where the rubber meets the bottom line, the cult obviously doesn’t really believe in its own propaganda. If they did, Manhattan real estate prices would be collapsing, not hitting record highs as they currently are.

If people truly believe an area is going to be flooded as soon as in the next decade, those same people would be selling off their real estate. Not just to escape but to sell before conditions worsened and real estate prices bottomed out further. As the deadline loomed closer, prices would decrease further.

What’s happening, though, is the exact opposite.

The average Manhattan home price is now over $1.7 million. With some apartment prices now breaking nine figures, it’s time to take a look at the booming New York real estate market and explore where middle class families fit into the picture.

At 157 West 57th Street, the most expensive New York home sale was just completed with the penthouse of this new building going for over $100 million.

Howard Lorber, the chairman of Douglas Elliman, the city’s largest residential brokerage, told me that there is no sign of this trend slowing down. He called New York a safe place for people around the world to invest in real estate.

The average sales price of an apartment in Manhattan is expected to top $2 million this year for the first time, but prices are seen leveling off in 2017 after nearly doubling over the past decade.

Prices were pushed higher by a jump in sales of condominiums valued at $10 million or more, which skewed results, CityRealty, a real estate listings and data website for New York City, said on Wednesday.

The opening of 432 Park Avenue, a 96-story tower marketed by developers as the tallest residential building in the Americas, had an outsized effect on prices, said CityRealty research director Gabby Warshawer.

Fifty-two of the 75 units sold at the tower overlooking Central Park fetched more than $10 million, she said. Some units are priced at more than $40 million.

An increase in new developments and a rise in the price of existing units also lifted the market, Warshawer said.

The median price for apartments, or the middle of all sales considered, also set a record at $1.2 million, up from $1.1 million last year, in the area examined.

A decade ago, the price of new condo units was almost the same as existing ones, but prices at new developments since 2008 have outpaced those of existing ones.

The average price for an apartment in the area of Manhattan examined was 91 percent higher than in 2006, CityRealty said.

Prices have climbed every year since 2011 but are expected to flatline next year. A lack of expensive, large new buildings will act to keep prices in check in 2017, CityRealty said. 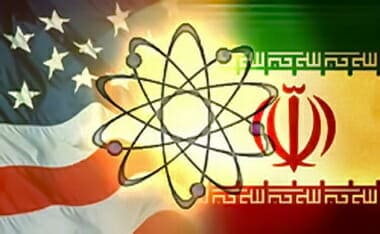 Supporters of the Iran deal don’t now jack! Check out how oblivious they are!

(Via Moonbattery!) We’ve all seen coverage in the news of the IRS scandal, but how many people know that the IRS will play a major role in ObamaCare, as the agency chosen to enforce the many taxes, regulations and mandates contained in the law?

Ami Horowitz went to Manhattan’s famously liberal Upper West Side to find out exactly how much the locals know about the IRS and ObamaCare. The results are in, and frankly we don’t know whether to laugh or cry.