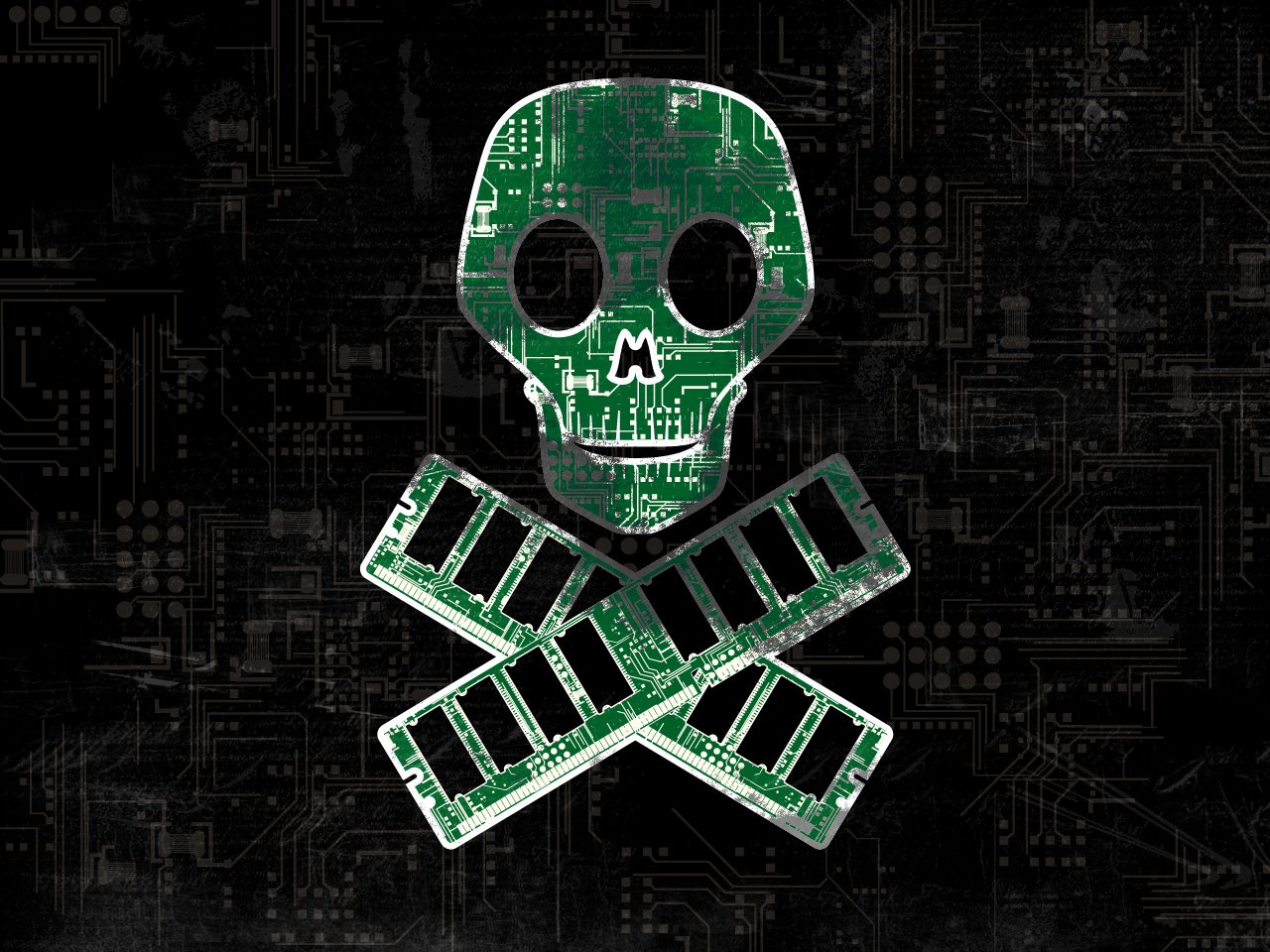 Hackers purporting to be affiliated with the collective Anonymous have for days been threatening a massive cyber attack against Israel on Sunday. Their stated vow: to “erase Israel from cyberspace.”

While Israeli government websites appeared to be functioning as of Sunday morning Israel time, Israel supporters had a surprise for the would-be attackers. The OpIsrael website associated with some of the anti-Israel hackers was itself hacked and late Saturday was playing Israel’s national anthem, Hatikvah. It also listed 20 facts about Israel not usually recognized by the Jewish state’s detractors.

1. Israel became a nation in 1312 BCE, two thousand years before the rise of Islam.

2. Arab refugees in Israel began identifying themselves as part of a Palestinian people in 1967, two decades after the establishment of the modern State of Israel.

3. Since the Jewish conquest in 1272 BCE, the Jews have had dominion over the land for one thousand years with a continuous presence in the land for the past 3,300 years.

4. The only Arab dominion since the conquest in 635 CE lasted no more than 22 years.

5. For over 3,300 years, Jerusalem has been the Jewish capital Jerusalem has never been the capital of any Arab or Muslim entity. Even when the Jordanians occupied Jerusalem, they never sought to make it their capital, and Arab leaders did not come to visit.

9. In 1948 the Arab refugees were encouraged to leave Israel by Arab leaders promising to purge the land of Jews. Sixty-eight percent left without ever seeing an Israeli soldier.

10. The Jewish refugees were forced to flee from Arab lands due to Arab brutality, persecution, and slaughter.

12. Arab refugees were intentionally not absorbed or integrated into the Arab lands to which they fled, despite the vast Arab territory. Out of the 100,000,000 refugees since World War II, theirs is the only refugee group in the world that has never been absorbed or integrated into their own people’s lands. Jewish refugees were completely absorbed into Israel, a country no larger than the state of New Jersey.

13. The Arabs are represented by eight separate nations, not including the Palestinians. There is only one Jewish nation. The Arab nations initiated all five wars and lost. Israel defended itself each time and won.

14. The PLO’s Charter still calls for the destruction of the State of Israel. Israel has given the Palestinians most of the West Bank land, autonomy under the Palestinian Authority, and has supplied them.

15. Under Jordanian rule, Jewish holy sites were desecrated and the Jews were denied access to places of worship. Under Israeli rule, all Muslim and Christian sites have been preserved and made accessible to people of all faiths.

16. The UN Record on Israel and the Arabs: of the 175 Security Council resolutions passed before 1990, 97 were directed against Israel.

18. The UN was silent while 58 Jerusalem Synagogues were destroyed by the Jordanians.

19. The UN was silent while the Jordanians systematically desecrated the ancient Jewish cemetery on the Mount of Olives.

20. The UN was silent while the Jordanians enforced an apartheid-like a policy of preventing Jews from visiting the Temple Mount and the Western Wall.

Anti-Semitic To the Bone

“Today we invade their internet sites and their electronic fortresses, and tomorrow we will attack them in their homes, which were established upon our land and which robbed us of our rights,” …

With Israel and Hamas trading rocket strikes it’s time for Hamas to put forth its best actors for eager camera crews.  Less than one day into the conflict, the BBC caught footage of such theatric mastery.  At the beginning of the video, a man in a beige jacket appears to be horribly injured and needs several people to carry him to safety.  He appears again at the 0:38 mark.  Except now, he’s completely fine.  One thing’s for sure, this guy would make an excellent soccer player.  Via Power Line and MrJonsac.

About the above gold medal performance, via Creeping Sharia:

You’ve probably been inundated with propaganda about unqualified and undeserving hijabi’s in the London Olympics while simultaneously covering up terror wrought by Muslims.  What you may not have seen in the U.S. media and from NBC, who chose not to air a tribute to victims of the more recent 7/7 Islamic terrorist attack, is this. via Olympics 2012: U.S. gymnast Aly Raisman reveals her gold medal-winning routine was tribute to 1972 Munch Games massacre | Mail Online.

American gymnast Aly Raisman has revealed the music for her gold medal-winning floor routine at the London Olympics was a tribute to the victims of the 1972 Munich Games terror attack.

The 18-year-old said choosing Hava Nagila- a traditional score used for wedding dances and bat mitzvah – was a response to the International Olympic Committee’s failure to mark the 40th anniversary of the tragedy.

And for Aly, from Needham, Massachusetts, she said it made her gold even more special.

‘I can only imagine how painful it must be for the families and close personal friends of the victims,’ she said…..

That blogger linked to an Israeli site Tazpitwhich discussed the photo in June after seeing it posted on the Facebook group called “Freedom Will come to Palestine.” The photo prompted comments condemning Israel including, “Disgusting! Hope the Israelis rot in hell!!” Tazpit wrote:

The soldier in the photo appears to be holding a Kalashnikov AK47 which is not used by the Israeli army, but used often by the Palestinian police forces and terror organizations. The IDF is known for using M16 and M4 weapons, and its uniforms are different from the soldier’s uniform that appears on the photo.

“Unfortunately, the use of such photos is a known method, trying to harm Israel’s image on the internet and is part of the social networks war of information”.

The use of fake photographs to score PR points in the Arab-Israeli conflict was highlighted after blogger Charles Johnson of Little Green Footballs discovered a Reuters photographer in Lebanon had used Photoshop to digitally alter two pictures during the Israel-Lebanon war of 2006.

(Some 2009 commentary by Hitchens on this)

A senior Foreign Office official says British government ministers have been told to expect Israeli military action in the wake of the UN watchdog report “as early as Christmas or very early in the new year,” the London Daily Mail reported Thursday, Nov. 10.  The ministers were told that Israel would strike Iran’s nuclear sites “sooner rather than later” – with “logistical support” from the US.

According to the British paper, which has good military and intelligence ties in London, President Barack Obama would “have to support the Israelis or risk losing Jewish-American support in the next presidential election.” The bigger concern is that once Iran is nuclear-armed, it will be impossible to stop Saudi Arabia and Turkey from developing their own weapons to even out the balance of nuclear terror in the Middle East.

debkafile’s military sources add that Prime Minister Tayyip Erdogan has told Obama more than once this year, “If Iran gets nuclear arms, Turkey will get nuclear arms.”

The Daily Mail goes on to report that in recent weeks, British Ministry of Defense sources confirmed that contingency plans had been drawn up in the event that the UK decided to support military action.