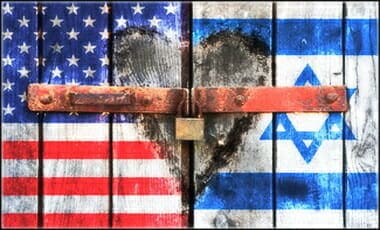 …Later in his speech, Netanyahu addressed the continuing efforts by Palestinians leaders to raise a generation of children with “murderous hatred” for Israel.

“Palestinian children are taught to stab Jews. They’re taught that the goal of the Palestinian people is not to establish a state on the West Bank, but in all of Israel, in Akko, Haifa, Nazareth, Jaffa.”

Netanyahu questioned why anyone would think that the U.N. could impose peace terms on Israel, when it is allowing Palestinians to think they can “stab their way to a state.”

Netanyahu said the best formula for achieving peace is the two-state solution, “in which a de-militarized Palestinian state finally recognizes the Jewish state.”

“Now, I know there’s some skepticism about my views on this, so let me state unequivocally — and here’s the acid test. I’m ready to begin such negotiations immediately, without preconditions, anytime, anywhere,” Netanyahu said. “That’s a fact. But President Abbas is not ready to do so. That’s also a fact. There is political will here in Jerusalem. There is no political will there in Ramallah.”

Netanyahu noted that Abbas has refused to even talk with him for the past five-and-a-half years…. 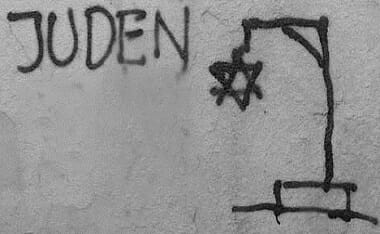 The left and Israel, h/t: HotAir:

And this story from Belgium via Libertarian Republican: The French community in Belgium follows the lead of France in anti-Semitism: In Turkish, the sign reads, “Dogs are allowed in this establishment but Jews are not under any circumstances.”

How did the Tiny Minority of Extremists get their opinions accepted by so many among the Vast Majority of Peaceful Muslims? “How widespread is Islamic fundamentalism in Western Europe?,” by Erik Voeten in the Washington Post, December 13 (thanks to all who sent this in):

One narrative about Muslim immigrants in Europe is that only a relatively small proportion holds views that are sometimes labeled as “fundamentalist.” Ruud Koopmans from the Wissenschaftszentrum in Berlin argues that this perspective is incorrect. He conducted a telephone survey of 9,000 respondents in the Netherlands, Germany, Belgium, France, Austria, and Sweden and interviewed both Turkish and Moroccan immigrants as well as a comparison group of Christians.

His first finding is that majorities of Muslim immigrants believe that there is only one interpretation of the Koran possible to which every Muslim should stick (75 percent), and that religious rules are more important than the laws of the country in which they live (65 percent). Moreover, these views are as widespread among younger Muslims as among older generations.

He then looks at hostility toward out-groups. Fifty-eight percent do not want homosexual friends, 45 percent think that Jews cannot be trusted, and 54 percent believe that the West is out to destroy Muslim culture….

…the finding that 54 percent of Muslims in these six Western European countries believe that the West is out to destroy Muslim culture can hardly be ignored. A Dutch newspaper, Trouw, cites Arabist Jan Jaap de Ruiter who argues that Muslims have a tendency to give “socially desirable” answers to survey questions. Even if this is true, I’d still be very concerned that the apparent socially desirable answer is that Jews should not be trusted and that the West is out to get Muslims. An added concern is the absence of generational differences in the survey responses; suggesting that this is not an issue that is likely to go away any time soon.

Indeed not. But be careful, Voeten. Talking about this too much will get you branded “racist” and “Islamophobic,” even as you try to hedge around that possibility by tarring as “extremist” those who, like Geert Wilders, are trying to address this problem realistically.

Take note that the Muslim population supported socialist and progressive parties in Belgium previously. Why? Because the left pushes non-citizen voting and liberal immigration policies. This is important because in the report we find out that non-citizens (immigrants) can vote. In other words, Muslims USE liberal politicians to open the door to them, and then will slam it shut on freedom.