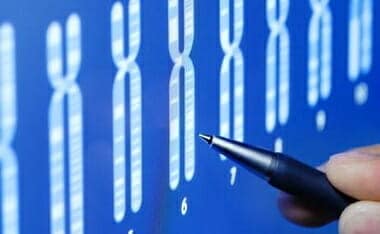 The larger, original file, can be found here and is well worth the watch if this subject intrigues you. I wanted to isolate how Denis Noble defines “what a gene is”? To wit, a great question starts out the above video — and as science advances, the neo-Darwinian model weakens immensely. See Dr. Noble’s lecture on this:

I do wish to add that biology… our physiology really, is also made via influences on the quantum level. ALL THIS is to say that the simplistic view of “gene to organism” is a lagging theory NOT based in current science… AND, it makes the irreducible complexity issue worse for the naturalist. For further reading on the newer field of “quantum biology,” see my post HERE. May I also note that my professor of apologetics WAAAY back in 2007 was noting this in his class. I bemoaned him then, but “bow down” to his foresight now. 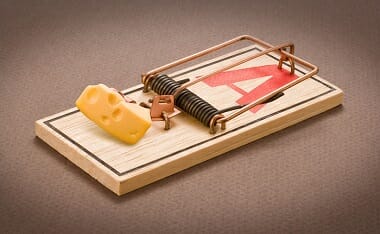 The idea that Behe’s flagellum motor has been answered is wishful thinking at best, and corrupt science at it’s worst (scientism: which is an insertion of a metaphysical principle stating things like “the only quantifiable reality known is the one made up of atoms, and, science [thus defined] is the best means to understanding said reality”). Really, then, it is an “evolution-of-the-gaps” type thinking.

✿ Ken Miller’s challenge can be read here;
✿ Responses to it and derivatives to it can be found here.

But as one can see… these giants of I.D. did truly wipe the floor with their critics [full exchange].

By-the-way, all this just got WAY MORE complex. For instance, here is the fast-swimming magnetotactic bacterium MO-1… it has 7-flagellum motors… with counter gears:

Here is a basic animation:

One should see Malcolm Bowden’s presentation on YouTube of the bacterium MO-1 as well.

And NOW even more complex is the fact that quantum mechanics may play a role (unrelated to the DNA or RNA) that folds these proteins into the shape for pieces to the whole of the working part. 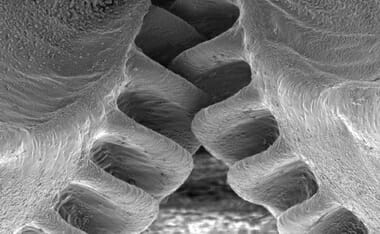 How does [chance] selection arrive at such coordination? What good is one gear without the corresponding gear? The challenge of IC [irreducible complexity] for Darwinism remains. ~ Uncommon Descent

Mind you, we have tiny motors (complete) found in nature that likewise fit Darwin’s own challenge of irreducible complexity — disproving neo-Darwinian positions… however, these gears provide yet another of many irreducible complexities that philosophical naturalism is hard-pressed to answer.

Here is another evidence of “irreducibilities” found in nanotechnology, the Kinesin Motor:

Via, EVOLUTION NEWS AND VIEWS:

One of the most amazing examples of cellular nanotechnology is a molecular motor protein known as kinesin. Kinesin is responsible for transporting molecular cargo — including chromosomes (e.g. during cell division), neurotransmitters and other important material — along microtubule tracks from one region of the cell to another. It is driven by ATP hydrolysis, thereby converting chemical energy into mechanical energy which it can use for movement. A kinesin molecule typically possesses two tails on one end, which attach to the cargo, in addition to two globular heads (often called “motor domains”) on the other end. Some readers may recognize this elegant protein from the now-famous Harvard animation, Inner Life of the Cell (time 1:59).

The sheer number of processes needed to be undertaken by such a motor protein makes the appearance of intelligent design seem almost beyond rational denial. Of course, many people resist this conclusion despite the evidence. As one Science Daily article in October 2010 put it,

“Our results show that a molecular motor must take on a large number of functions over and above simple transport, if it wants to operate successfully in a cell,” says Professor Matthias Rief from the Physics Department of the TU Muenchen. It must be possible to switch the motor on and off, and it must be able to accept a load needed at a specific location and hand it over at the destination. “It is impressive how nature manages to combine all of these functions in one molecule,” Rief says. “In this respect it is still far superior to all the efforts of modern nanotechnology and serves as a great example to us all.” [emphasis added]….

If you watch the short videos below, keep in mind that all this complexity at the cellular/protein level needs to be up and running optimally for life to have happened… at all.

And what one should keep in mind is the time-factor in all this “evolution” involved in event the simplest working protein… even long time (billions of years) is not enough time to get “the show on the road” ~ see Not Enough Evolutionary Time.