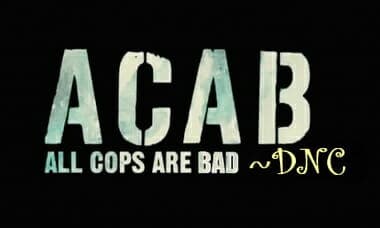 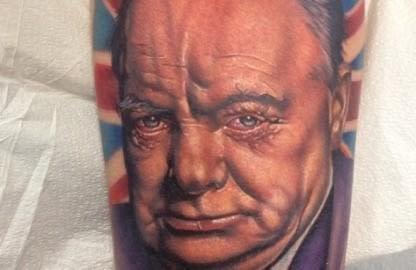 “Ms. O’Donnell, this is Dennis Martel, special agent with the U.S. Department of Treasury in Baltimore, Md. … We received information that your personal federal tax info may have been compromised and may have been misused by an individual,”

The director of Delaware’
s tax-collection office said Friday that his agency accessed the federal tax records in 2010 of an unnamed taxpayer, believed to be former GOP Senate candidate Christine O’Donnell. Patrick Carter, director of the state’s division of revenue, would not identify Ms. O’Donnell as the taxpayer but said he approved the inquiry “for routine purposes.”

Who knows what the damage was to Christine O’Donnell’s Senate campaign from leaked IRS information on her that was both false and misleading? One thing for sure is that it didn’t help her. As she says, for someone running on tax reform and fiscal responsibility to have the media talking about your tax problems both real and made up was devastating.

So, how then does Christine get her election back? Republicans should begin calls for Coons to resign his office. Again, he was County Executive for New Castle (Wilmington, Newark), the largest county in the State. Does anyone honestly believe he didn’t know what was going on down in Dover?

Control
The bigger the government gets, the smaller the individual gets.

President Obama may have promised “to hold the responsible parties accountable” (red letter edition for the messiah of liberalism) for the Internal Revenue Service targeting of conservative non-profit groups, but one of the agents at the center of the scandal was recently promoted, an IRS source tells The Washington Examiner.

Through 2012, then-Exempt Organization Specialist Stephen Seok signed many of the intimidating letters sent to conservative nonprofits. For example, this January 2012 letter sent to the Richmond Tea Party demanded the date, time and location of all group events, as well as copies of all handouts provided at the events, and the names and credentials of all organizers. Seok also demanded the names of all speakers and the contents of the speeches they made.

According to WXIX-TV/Fox 19 in Cincinnati, Seok is no longer an exempt organization specialist. He has since been promoted to  “supervisor IRS agent.”

It appears some of the “rogue agents” in the Cincinnati office are being rewarded for targeting conservatives, not punished.

Fox & Friends interviews WWII veteran Richard Kirkland, who authored the book, Wide Place in the Road. (Posted by: Religio-Political Talk) In the interview Mr. Kirkland comments on how our current fighter is hand-cuffed to a politically-correct tactic, “War is hell… you can’t shoot him, but you can shoot him.” This reminds me of the great insight from Ken Jowitt on what it would take to win the war[s] in the Middle-East. Something half of the electorate is not willing to do.

One should take note that the Washington Post endorsed Obama last election and will probably support him this time. Via Dennis Prager:

Millions of dollars of attack ads by the Obama campaign are hanging in the balance. If Romney left Bain in February 1999, when he departed to run the Olympics, then a number of business deals that went sour (such as KB Toys) can’t be counted as part of Romney’s tenure. If he actually left in 2002, as the Obama campaign alleges, then those deals are fair game.

We have looked at this issue before, back in January, and thought we had settled it.

But now the Boston Globe has raised the issue again. The story seems to hinge on a quote from a former Securities and Exchange Commission member, which would have more credibility if the Globe had disclosed she was a regular contributor to Democrats. (Interestingly, “The Real Romney,” a book on the former Massachusetts governor, by Boston Globe reporters, states clearly that he left Bain when he went to run the Olympics and details the turmoil that ensued when he suddenly quit, nearly breaking up the partnership)

We’re considering whether to once again take a deeper look at this, though it really feels like Groundhog Day again. There appears to be some confusion about how partnerships are structured and managed, or what SEC documents mean. (Just because you are listed as an owner of shares does not mean you have a managerial role.)

To accept some of the claims, one would have to believe that Romney, with the advice of his lawyers, lied on government documents and committed a criminal offense. Moreover, you would have to assume he willingly gave up his share to a few years of retirement earnings — potentially worth millions of dollars — so he could say his retirement started in 1999.

UPDATE: Fortune obtained the offering documents for a Bain Capital Fund circulating in June 2000, as well as a fund in 2001. None of the documents show that Romney was listed as being among the “key investment professionals.” As Fortune put it, “the contemporaneous Bain documents show that Romney was indeed telling the truth about no longer having operational input at Bain — which, one should note, is different from no longer having legal or financial ties to the firm.”

For interested readers, below is a summary of what we, FactCheck.org and Fortune magazine have previously concluded.

If the Obama campaign were correct, Romney would be guilty of a federal felony by certifying on federal financial disclosure forms that he left active management of Bain Capital in February 1999….

And after reviewing evidence cited by the Obama campaign, we reaffirm our conclusion that Romney left the helm of Bain Capital when he took a leave of absence in 1999 to run the Salt Lake City Organizing Committee for the 2002 Winter Olympics – as he has said repeatedly — and never returned to active management. The Obama campaign’s recent ads thus mislead when they point to investments made by Bain, as well as management decisions made by companies in which Bain invested, after that time.

What does the Obama campaign have in rebuttal? Very little, and none of it convincing in our judgment.

How the Left legislates Their Morality, via The Blaze:

The Church’s vocal arguments against the Obama administration are centered upon a Health and Human Services Department requirement that employers must include contraception and abortion-inducing drugs in health-care coverage. While this requirement doesn’t apply to houses of worship, it will force Catholic colleges, hospitals and other Christian groups to provide these drugs despite their faith-based opposition to them.