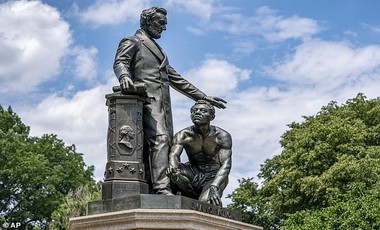 Absolute INSANITY. Statues depicting Murderous Racists stay up… but the Left wants to DESTROY the men that EMANCIPATED the slaves? Stephen Davis has a message for all the Liberals trying to ERASE His History.

(Via my page: U.S. RACIAL HISTORY)