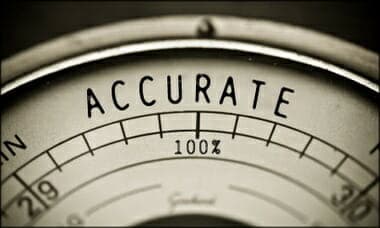 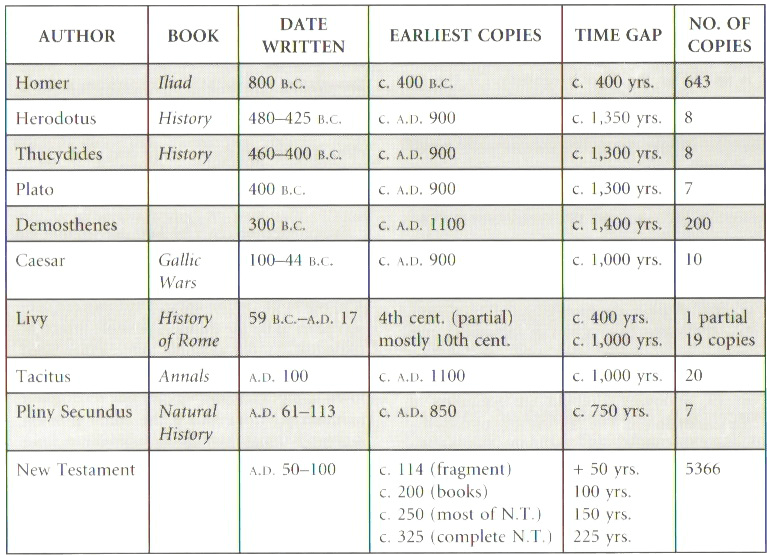 This is a great — short — piece on the varients [invariably] brought up in conversation about the Bible. AND EXPLAINS why scholarly critics say the following:

…First, these are errors in the copies, not the originals. Second, they are minor errors (often in names or numbers) which do not affect any teaching. Third, these copyist errors are relatively few in number. Fourth, usually by the context, or by another Scripture, we know which is in error. For example, Ahaziah must have been 22. Finally, though there is a copyist error, the entire message comes through. For example, if you received a letter with the following statement, would you assume you could collect some money?

Even though there is a mistake in the first word, the entire message comes through-you are 20 million dollars richer! And if you received another letter the next day that read like this, you would be even more sure:

The more mistakes of this kind there are (each in a different place), the more sure you are of the original message. This is why scribal mistakes in the biblical manuscripts do not affect the basic message of the Bible…

Here is the portion on “variants”

When the original language manuscripts are compared with one another, we find there are about 200,000 variants or errors in 10,000 different places. Variants are, very simply, disagreements between texts. These variants can be divided into two categories: unintentional and intentional.

The vast majority of variants are unintentional and are comprised of misspellings, interpolations of words or lines, or are orthographical in nature.[10] Each time a certain word is misspelled in a certain point in the text, it is counted as an error. For example, if a certain word in a certain verse had the same misspelled word in 537 copies, that would count as 537 errors or variants. Orthographical variants refer to the way words are spelled differently in different places. The difference between “theater” and “theatre” is orthographical. Both spellings are correct, but each is preferred in a different geographical location.

Because they preserve the errors of their exemplars, early translations of the New Testament help locate where certain textual variants were mainly known and probably occurred. Also, the writings of the early church fathers are a great help at this point because when they quote the New Testament, they essentially have tagged the errors they preserved with a time and place. If the oldest occurrence of a variant is found in Augustine, for example, we would know the error was from

no later than the late fourth or early fifth centuries and was known in North African copies. If a different error from the same time period is preserved by Chrysostom, we would know that the error was found in copies in the Byzantine region. And if a variant is found in Justin Martyr’s writings, we know the variant was no later than the mid-second century and known to the Romans.

The text type with the most copies by far is the Byzantine. These manuscripts were written on vellum, a much more

durable medium than papyri. The Byzantine texts date from the ninth century onward. This text type was used by Erasmus to compile the first published Greek New Testament. The King James Version was based on Erasmus’s work. This accounts for the variation seen between the King James Version and almost any other major English translation.

The other kind of error found in Scripture is an intentional error. These are deliberate changes to the text by the scribes. It was probably not the scribe’s intention, however, to corrupt the text. They would sometimes try to correct what they saw as an error or to improve the text in some other way.

A good example of an intentional error is found in Mark 1:1-3:

The beginning of the gospel of Jesus Christ, the Son of God.

As it is written in Isaiah the prophet:

Look, I am sending My messenger ahead of You,

who will prepare Your way.

A voice of one crying out in the wilderness:

“Prepare the way for the Lord;

The above HCSB translation uses the Alexandrian (also known as Egyptian) text type as its source.[12] Compare its translation with the New King James Version, based on the Byzantine text type:

The beginning of the gospel of Jesus Christ, the Son of God;

As it is written in the prophets,

Behold, I send my messenger before thy face,

which shall prepare thy way before thee.

The voice of one crying in the wilderness,

Prepare ye the way of the Lord, make his paths straight.

This dilemma does, however, illustrate another principle used in recovering the original writing: prefer the more difficult reading. Between the two renderings of Mark 1:1-3, it is easier to explain the difference as a correction from “Isaiah” to “the prophets” than to explain it as a corruption from “the prophets” to “Isaiah.” The more difficult reading is “Isaiah,” therefore it is considered to have a higher probability of being the original.

Regardless of the value of the techniques described above, there are some parts of the New Testament where we are just not sure what the original writing said. About 400 words fall into this category and comprise about forty verses. The content of these verses contain no basis for any essential doctrine of the Christian faith. As a result, scholars can recover 97 to 99 percent of the original content of the New Testament with certainty.[13]

As it turns out, rather than being disadvantaged by not having the original writings, we find ourselves in a position of good fortune. If we had the originals, a critic of the writings would only need to call into question one document. Instead, a critic needs to deal with over 5,300 documents that agree substantially 99.5 percent of the time. This ultimately carries as much or more weight than having the originals.