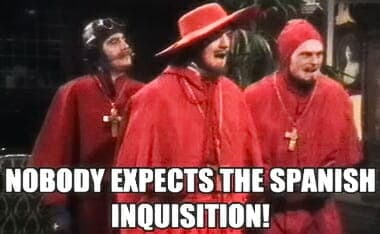 John Cleese (Monty Python star) explains to Emily Maitlis why newspapers have driven him to the Caribbean. Some comments via YouTube (just a sample): 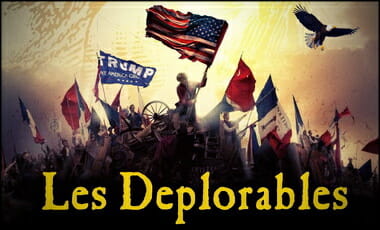 Dennis Prager invites the “Deplorables Comedy Tour” guys and gals into his studio. The ones in studio are Michael Loftus, Terrence Williams, and the Deplorable Choir. Missing in action are Brian Haner and Steve McGrew (tour members). Some funny stuff. I wish had heard of it earlier. At any rate, you have the names to Google these peeps. Enjoy, it’s a doozie. 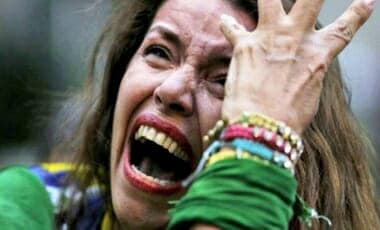 Wow, welcome to Snowflake TV… even commenting on stuff keeps you from the late night shows. BREITBART reports on these millennials:

Macdonald said that he had arrived early at the late-night show to pre-tape a “True Confessions” segment with fellow guest Matthew McConaughey when “some people, from NBC or ‘The Tonight Show,’ I don’t know who they were,” stopped by his dressing room and questioned the prudence of doing that particular bit at this time.

Eventually, a “concerned”-looking Fallon himself stopped by Macdonald’s dressing room to ask, “How should we play this?” As Macdonald told Stern, “Part of the reason I love [Jimmy] is because he does nothing about the news. He’s just a song-and-dance man. He’s not a political comedian.”

Fallon and Macdonald agreed they would address his #MeToo remarks at the end of their interview, following some reminiscing about the late Burt Reynolds (whom Macdonald used to imitate on “Saturday Night Live”). After Macdonald rebuffed the producers’ idea to open the show with an apology, Fallon returned to say that he was feeling a lot of pressure from people, noting that some senior producers were “crying” over the idea of letting Macdonald appear on-air.

“He was very broken up about it, he didn’t want this,” the comedian told Stern. “Jimmy said, ‘Come back whenever you want, but I think it will hurt the show tonight,” to which Macdonald replied, “‘Jimmy, that’s the last thing I want to do, is hurt your show.’”… 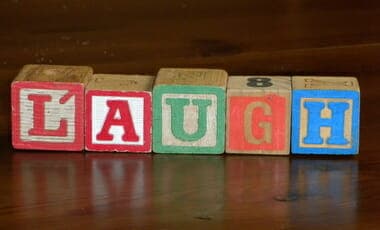 POWERLINE has an excellent post about making jokes and today’s PC-culture:

Monty Python fans may remember the long sketch about the “lethal joke” that was so funny you would die from laughter, and which was weaponized for battlefield use in World War II… [below/right]…The sketch culminates in the worldwide banning of jokes of mass destruction through the Geneva Convention, but it seems the University of Oregon takes the idea seriously. Get a load of this story:

An acclaimed British conductor has been fired from a prestigious American music festival after a seemingly innocent joke he made to a black friend was labelled racist.

Matthew Halls was removed as artistic director of the Oregon Bach Festival following an incident in which he imitated a southern American accent while talking to his longstanding friend, the African-American classical singer Reginald Mobley.

It is understood a white woman who overheard the joke reported it to officials at the University of Oregon, which runs the festival, claiming it amounted to a racial slur.

Shortly after Halls, who has worked with orchestras and opera houses across Europe and the US, was told by a university official his four year contract, which was to have run until 2020, was being terminated………..