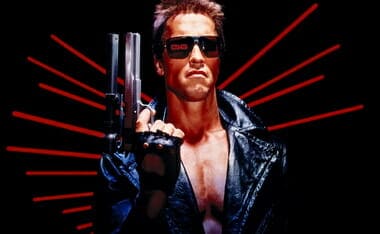 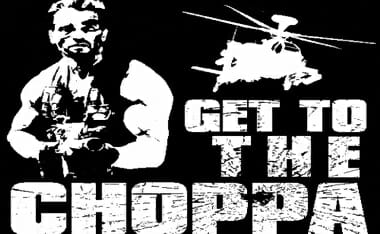 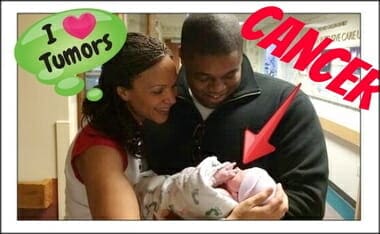 (CNSNews.com) – MSNBC’s Melissa Harris-Perry compared abortion to cancer treatment and hand amputation during a segment of her self-titled show Saturday on Alabama’s abortion law that requires minors to get written parental consent before an abortion or petition the court if they don’t.

And NewsBusters has this: 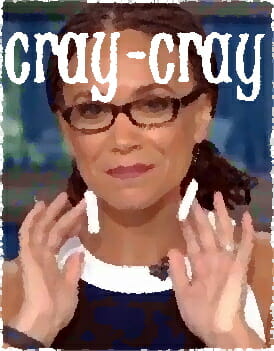 “At first blush, you might simply say, What?!” But remember this is the same woman who argued that superstar singer Beyonce could [should?] have promoted abortion at the 2014 MTV Video Music Awards program where she spoke at length…”

(I’ll add a few more examples that will make people scratch their heads and say “What!?” There was the time where she downplayed the role that radical Islam played shortly after the Boston Bombings. The time she linked GITMO detainees to American slaves. The time she mocked (and then shamefully apologized) Mitt Romney on his newest grandson – who happened to be black. Or the time when she said that parents shouldn’t raise kids, communities should raise kids: “Part of it is, we have to break through our kind of private idea that kids belong to their parents, or kids belong to their families, and recognize that kids belong to whole communities.”)

“Well, you wouldn’t have to, because I presume you’re well over 17, but someone 17 or younger, especially 16, 15, 14, having an abortion or having a baby could have great consequences. And at their age and stage, they can’t enter into any contract legally in any state anyway, and the rules of civil procedure in Alabama and in most states allow for the appointment of a guardian ad litem to protect the property interests of an unborn child. And we reason if the property interests of an unborn child can be protected, why not the life interests, because without the life, you can’t have property. …

“But I will say this: I want to raise the consciousness of people out there that there’s much at stake, great life itself. The only problem with pro-choice is it’s absolutely no choice for the one life that’s really at stake.”

Melissa Harris-Perry once asked “When does life begin? I submit the answer depends an awful lot on the feeling of the parents. A powerful feeling – but not science”; and spoke of an unborn child as a “thing” that “might turn into a human.” 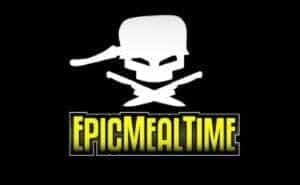 (LA Times) An almost 80,000-calorie sandwich made by Arnold Schwarzenegger? We must be talking about Epic Meal Time, the popular YouTube show with the sole mission of making the most epic meals ever.

The Governator teamed up with the show’s Harley Morenstein to create what they’re calling the steak and egger sandwich. And the best part? They cook parts of the sandwich on Schwarzenegger’s M47 Patton tank.

Yes, it’s an actual tank, with Schwarzenegger’s name written across the side.

“What more do you want, Internet?” asks Morenstein in the video.

“This section alone will build huge biceps,” says Schwarzenegger, pointing out different areas of the sandwich. “This section here, the calves.”

Before putting on the top bun, Schwarzenegger does some push-ups on top of the sandwich. So we can now add “The Terminator” star’s sweat to the list of growing ingredients.

According to an Epic Meal Time calorie counter in the video, the sandwich contains 78,583 calories and 4,172 grams of fat. 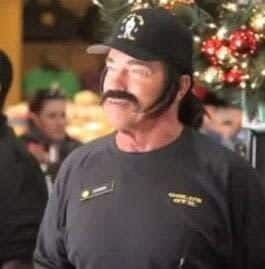 The following comes from a discussion elsewhere on the Web, and should serve as a great reminder to the deleterious effects of larger (more regulatory) government vs. a smaller form of it:

The main point is that one party has people in it that are for small government — people like Ron Paul, Larry Elder, and the late Milton Friedman (a libertarian “god” of sorts). In the other you have people who want to grow government larger, and larger, and larger. California is a microcosm of the effect this has on businesses and regulating people’s lives. However, this drive to regulate people and their lives and to grow government, has, in every case, increased the possibility of government intrusion by force into the lives of ordinary people, which increase the risk (again, this is provable in history) of detention and death.

Which is why most libertarians vote Republican, they want smaller government. A great example is the housing market crisis. Some people are under the impression this was caused due to an easing of regulation. Not true. In fact, it was government-regulating banks to loan to people it would previously not. Why is this? Because the left wants [material] equality, the right wants people to prosper. One offers the most freedom, the other forces one person to pay for another. Here is an a small sampling of 2012 regulations from California that is helping businesses make the choice in moving to other states:

✦In addition to mandatory insurance coverage, eligible female employees can take four months pregnancy disability leave, under provisions of SB 299.
✦The independent contractor law, SB 459, is worth discussing with a legal or h/r expert, because the rules are so tough and potentially expensive. That $5,000 to $25,000 fine is PER INCIDENT.
✦Employees can take up to 30 business days in a year for donating organs or bone marrow. SB 272 clarifies the law a bit.
✦Company dress codes must accommodate transvestites and cross dressers under AB 887.
✦Companies operating in multiple states must offer the same insurance coverage for same-sec couples and domestic partners as they do married couples in California.
✦Five new laws change workers compensation insurance. Check with your insurance carrier.

Everything the growth in government touches (which is typically from the left… or, the right embracing the foundational thinking of the left [like Bush working with Kennedy to increase the size and focus of the Dept of Education]). This regulation causes friction between government and regular people. As more and more regulations are added, the increase in the possibility of armed persons coming to your door increases — like this example of natural foods markets being raided: http://biggovernment.com/reasontv/2011/08/04/reason-tv-rawesome-foods-raided-again/

So persons that *REALLY* want to effect the political spectrum and possibly decrease the size of the government the most would want to vote Republican (like Milton Friedman, Larry Elder, and Rand Paul [Ron Paul’s son]). And this decreases the abrasive aspect of government and the regular Joe meeting. Congress — for instance – should meet for 3-months during the year, and do less of this:

“Federal agencies publish an average of over 200 pages of new rulings, regulations, and proposals in the Federal Register each business day. That growth of the federal statute book is one of the clearest measures of the increase of the government control of the citizenry…” James Bovard, Lost Rights: The Destruction of American Liberty (St. Martins Griffen; 1994), 1.

“All forms of the liberal agenda interfere with the rational relationship between human action and the conditions of life by disconnecting outcomes from adaptive behavior. Government welfare programs of all kinds disconnect the receipt of material benefits from productive behavior and voluntary exchange, and from those normal developmental processes that lead to adult competence. Social Security, Medicare, Medicaid, and all other federal and state welfare programs divorce an individual’s material security and emotional well being from his economic and social connections to his community, and replace them with a marriage to government officials. In particular, welfare programs disconnect the individual’s security and well being from two of his most reliable resources: his own initiative in producing and exchanging with others, and his social bonds to members of his family, church, neighborhood or village. The liberal agenda’s takeover of countless individual and community functions, from early education to care of the elderly, has had the effect of alienating the individual from his community and robbing both of their essential mutuality. In the economic sphere, especially, the liberal agenda’s rules have become strikingly irrational. Countless restrictions dictate what the ordinary businessman and professional may or may not do regarding hiring procedures, sales and purchasing, health insurance plans, retirement plans, safety precautions, transportation policies, racial and ethnic quotas, immigration matters, liability rules, and provisions for the handicapped. Endless paperwork adds to the already crushing burden of confiscatory taxation. Licensure requirements needlessly prevent workers from entering new fields in which they are willing to work hard and risk much in order to make life better for themselves and their families. Unnecessary and unjust restrictions in the freedom with which individuals can run their economic lives are the hallmarks of the liberal agenda. But the social pathology of collectivism extends well beyond the economic realm. While children can be happy in dependent relationships with parents, adults cannot be happy in any mature sense in dependent relationships with government welfare programs, no matter how well intentioned or administered. The reasons for this are developed more thoroughly below and occupy a major portion of this book. Stated briefly, however, the large-scale dependency of the adult citizen on governments is always inherently pathological and always profoundly detrimental to…” Lyle H. Rossiter, The Liberal Mind: The Psychological Causes of Political Madness, p. 71.

Cal Watchdog adds to the idea with the most recent businesses leaving:

After California’s ongoing budget imbroglio, there is arguably no greater crisis facing our once Golden State than the continuing exodus of homegrown companies like Waste Connections and Superconductor Technologies. Yet, lawmakers in Sacramento are doing next to nothing about it.

In fact, Waste Connections CEO Ron Mittlestaedt actually warned state officials back in August that his company was thinking about relocating to another state. Those officials failed to step up and dissuade the Sacramento region’s largest publicly traded company from leaving.
Higher Taxes

Mittlestaedt echoed the lament of all too many California CEO’s that the state is inhospitable for business. It “has the highest tax rates in the nation,” he told the Sacramento Bee this week, “and they’re going higher.” And California is not only fiscally broke, he said, but also “structurally.”

By that, he was referring to the state’s hostile regulatory environment. As when the Legislature this year neglected to pass a measure that would have made it easier for Waste Connections and other landfill operators to move trash around the state, while doing no harm to the environment.

Superconductor Technologies CEO Jeff Quiram said in a statement that the company’s goal of becoming “a leader in the superconducting wire industry recently reached the inflection point where it was time to make a move.”

Translation: The cost, the hassle of doing business in California has risen to such a level that aspiring companies like STI cannot grow their businesses the way they can in competing states….

Other posts referencing these issue worth checking out: