Powerline has this story of government run media being used to guide the public towards a certain conclusion. 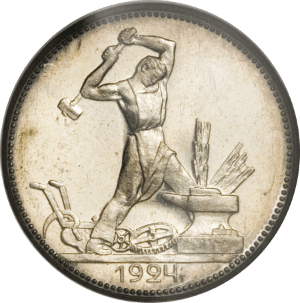 Salon.com (yes, I know) is celebrating that the BBC has decided to go full Pravda on us and cease allowing “climate deniers” on the air.  Well, it is a government-run media establishment.  But that would be the same BBC that refused to allow Churchill to broadcast his “appeasement denial” views back in the 1930s.  Yup, same slimy people.

Good news for viewers of BBC News: you’ll no longer be subjected to the unhinged ravings of climate deniers and other members of the anti-science fringe. . .  Were every network to start doing what the BBC is, their unfounded opinions would cease to be heard, Bill Nye wouldn’t have to keep debating them, and maybe, just maybe, they’d all just go away.

Esquire Magazine goes further in it’s diatribe of censorship that prove there is a totalitarian in every leftist waiting to get out, something Powerline missed, by-the-way:

The BBC Forbids Idiots On The Topic Of Science: No longer must Bill Nye debate the ignorant, at least in the U.K.

…BBC journalists must now attend seminars with academics and scientists who educate on what constitutes popular and marginal opinions.

Perpetuating ignorance for the sake of entertainment is not only getting boring, but is actively dangerous. US media companies should take note. American media makes political bipartisanship a game of spin and false controversy, which—as Jon Stewart will tell you—can inflict a lot of very real pain….

Yes, re-education camps… you read it right. Scientism on the march in the name of secularism. The Communist Party of Kampuchea (CPK), otherwise known as the Khmer Rouge, would be proud, as would others. Even the HHS is defining media in the immigration battle, this from The Corner:

To continue… while the BBC stops debate on climate, the UK starts to talk seriously about the normality of pedophilia. CNN notes just how bad it is for the BBC in this regard:

An increasingly vocal and open group of prominent British Academics is claiming that paedophilia is a perfectly normal and natural thing.

“Paedophilic interest is natural and normal for human males,” said the presentation. “At least a sizeable minority of normal males would like to have sex with children … Normal males are aroused by children.”

The presentation in question was presented at an academic conference at Cambridge University in the UK,  where other topics included: “Liberating the paedophile: a discursive analysis,” and “Danger and difference: the stakes of hebephilia.”

And — like every other horror of the current ear — this has its roots in the sexual liberation movement of the 1970′s.

With the Pill, the legalisation of homosexuality and shrinking taboos against premarital sex, the Seventies was an era of quite sudden sexual emancipation. Many liberals, of course, saw through PIE’s cynical rhetoric of “child lib”. But to others on the Left, sex by or with children was just another repressive boundary to be swept away – and some of the most important backing came from academia. [Emphasis added]

Malcolm Muggeridge (a British journalist, author, satirist, media personality, soldier-spy and, in his later years, a Catholic convert and writer) said it best:

“If God is ‘dead,’ somebody is going to have to take his place. It will be megalomania or erotomania, the drive for power or the drive for pleasure, the clenched fist or the phallus, Hitler or Hugh Heffner.”