This video was found on WUWT’S WEBSITE…. “But by 2019 NOT EVEN ONE of the glaciers had disappeared.” (See also a previous post on this)

One can see pictures with dates on them, that the glaciers are not shrinking as predicted, in which Roger Roots documents some of the most famous spots the adorn most walls from Glacier National Park (WUWT):

…The average date of first freeze in East Glacier, Montana is September 13th.  It is only then that one can assess whether the glaciers are getting bigger or smaller than in previous years.

In September 2015, Lysander Spooner University launched an annual research project aimed at visiting GNP’s glaciers every year at their lowest points.  This year a small group of us opted to hike to the popular Grinnell Glacier and take a few snapshots on September 16.  We hiked the 5.5 miles from the Many Glacier Hotel and arrived at glacier’s edge late in the afternoon.

The Grinnell is perhaps the most iconic of two dozen named glaciers in the Park.  Untold thousands of people have hiked to it.  Millions more have been exposed to government imagery of the Glacier melting away.  The nearby Many Glacier Hotel features pictures on its walls showing the Grinnell’s decline from the 1880s to 2008.  Numerous blog posts and magazine feature stories have also addressed this theme.

Upon our return to the Hotel after visiting the Glacier, we noticed that our brand-new photos appear to show that the Grinnell Glacier has grown slightly from the 2008 images that are displayed on the Hotel walls.  There has been no reporting of this in any newspaper or broadcast that we know of.  (In fact, all news coverage reports the precise opposite.)  The smaller Gem Glacier—which is visible from the valley miles below—also appears to be slightly larger than it is shown in 2008 pictures on display…. 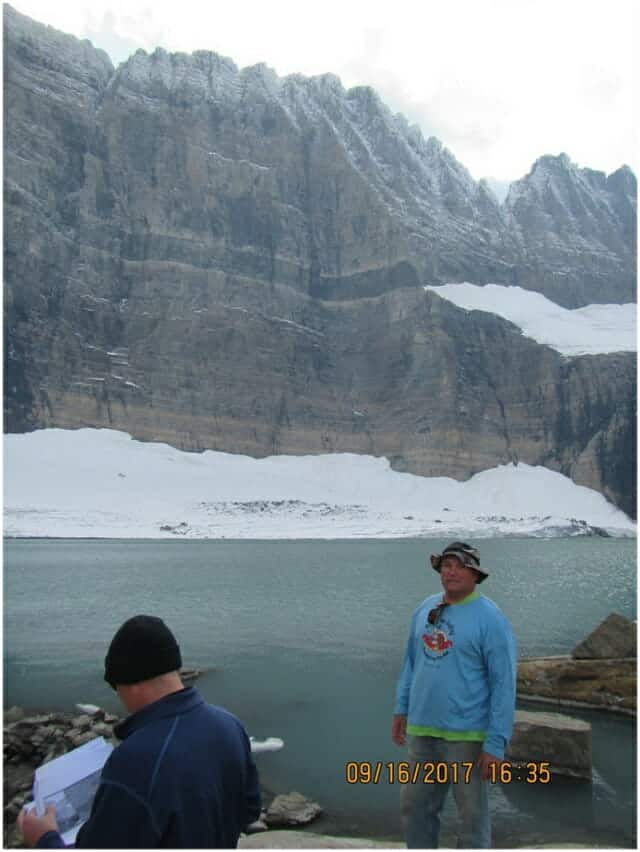 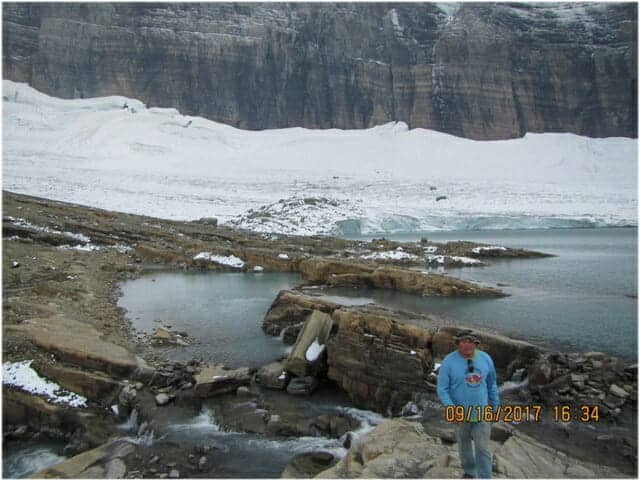 ZEROHEDGE note from WUWT’s article, the following, with an addition:

….The ‘gone by 2020’ claims were repeated in the New York Times, National Geographic, and other international news sources. But no mainstream news outlet has done any meaningful reporting regarding the apparent stabilization and recovery of the glaciers in GNP over the past decade. Even local Montana news sources such as The Missoulian, Billings Gazette and Bozeman Daily Chronicle have remained utterly silent regarding this story.

(Note that since September 2015 the author has offered to bet anyone $5,000 that GNP’s glaciers will still exist in 2030, in contradiction to the reported scientific consensus. To this day no one has taken me up on my offer. –R.R.)

But again, this is nothing new… glaciers have been shrinking (thank gawd) for 20,000 years. And the Scare tactics are nothing new (click pic for link): 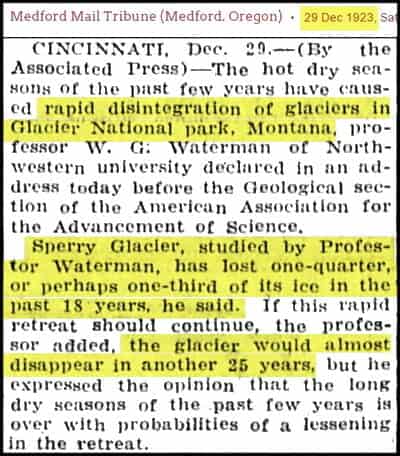