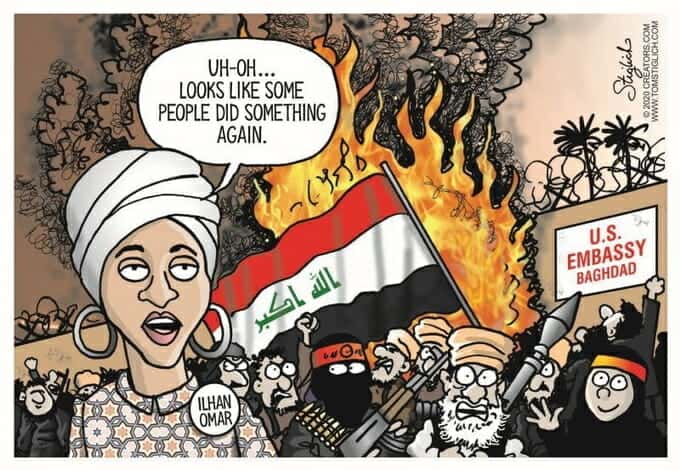 “This is very simple: General Soleimani is dead because he was an evil bastard who murdered Americans. The President made the brave and right call, and Americans should be proud of our servicemembers who got the job done. Tehran is on edge – the mullahs have already slaughtered at least a thousand innocent Iranians – and before they lash out further they should know that the U.S. military can bring any and all of these IRGC butchers to their knees.” — U.S. Senator Ben Sasse, a member of the Senate Select Committee on Intelligence, issued the following statement regarding an operation that killed Iranian General and terrorist Qassem Soleimani.

The raid was carried out by US assault helicopters early Friday, Jan. 3 and is said to have killed seven people. The Popular Mobilization Units (PMU) is the umbrella organization for pro-Iranian Iraqi Shiite militias, including the Kata’ib Hezballah, which was assigned by Soleimani to carry out major assaults on US bases. Its leaders were at Baghdad airport to collect “high profile guests.”

DEBKAfile’s military and intelligence sources report that Soleimani’s death represents an extraordinary US operational-intelligence feat in which Israeli intelligence may be presumed to have assisted. It ramps up the US-Iranian contest to the level of open war between US forces serving in Iraq – numbering some 5,000 – and Iran’s Revolutionary Guards units operating in the country under Soleimani’s command.

This was the second American strike in Iraq this week. On Sunday, Dec. 29, the US Air Force struck five Kataib Hezballah bases in Iraq and Syria, killing some 25 fighters……

The media is saying this is Trump’s Benghazi… or this was somehow Trump’s fault. GATEWAY PUNDIT:

Iraqi security forces failed to stop the raid on the US Embassy. The Iraqi protesters were carrying Hezbollah flags. [i.e., not mourners]

The Trump Administration immediately responded by sending in over 100 Marines as backup to protect American citizens — no Americans were killed because of decisive action.

AH-64 Apaches were deployed to protect the US Embassy in Baghdad.

US Secretary of Defense Mark Esper said, “We have taken appropriate force protection actions to ensure the safety of American citizens…and to ensure our right of self-defense. We are sending additional forces to support our personnel at the Embassy.”

And in very short order, 100-Marines flew in to support the embassy:

It’s been a tumultuous 24 hours for the US embassy in Baghdad. The day started with mobs organized by Iranian-funded and -influenced militias whipping up a mob to attempt to storm the US embassy inside Baghdad’s Green Zone. A few hours ago, a reinforced Marine rifle company deployed from Kuwait to Baghdad to provide additional security. Showcasing the seriousness with which the Trump Administration is taking the situation, the Immediate Reaction Force for the 82d Airborne Division (‘America’s Guard of Honor’), is wheels up and en route to the CENTCOM area of operations. No destination has been given but it seems most likely that they will deploy to Kuwait and prepare there to deploy to Baghdad if needed. The entire Division Ready Brigade, about 4,000 paratroopers, is on alert for movement. This is the statement issued by Defense Secretary Mark Esper:

“At the direction of the Commander in Chief, I have authorized the deployment of an infantry battalion from the Immediate Response Force (IRF) of the 82nd Airborne Division to the U.S. Central Command area of operations in response to recent events in Iraq.

Approximately 750 soldiers will deploy to the region immediately, and additional forces from the IRF are prepared to deploy over the next several days.

This deployment is an appropriate and precautionary action taken in response to increased threat levels against U.S. personnel and facilities, such as we witnessed in Baghdad today. The United States will protect our people and interests anywhere they are found around the world.” 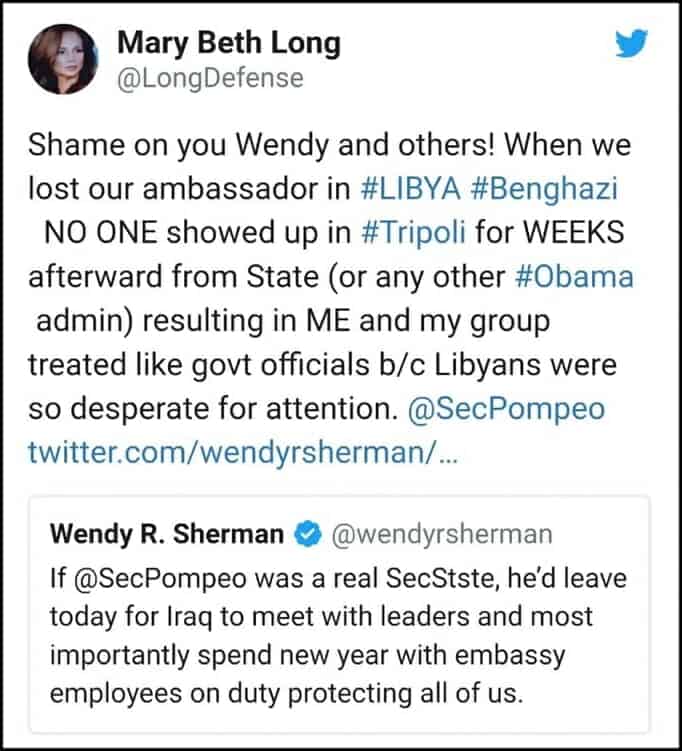 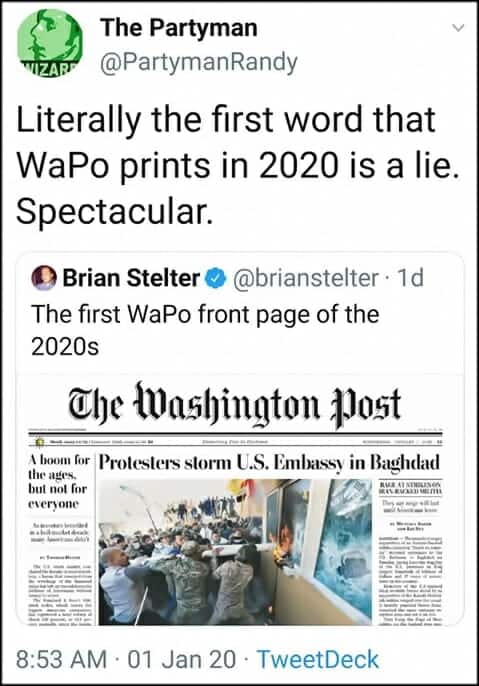 And if I were in the finger pointing business… this woudl set some red flags for me: 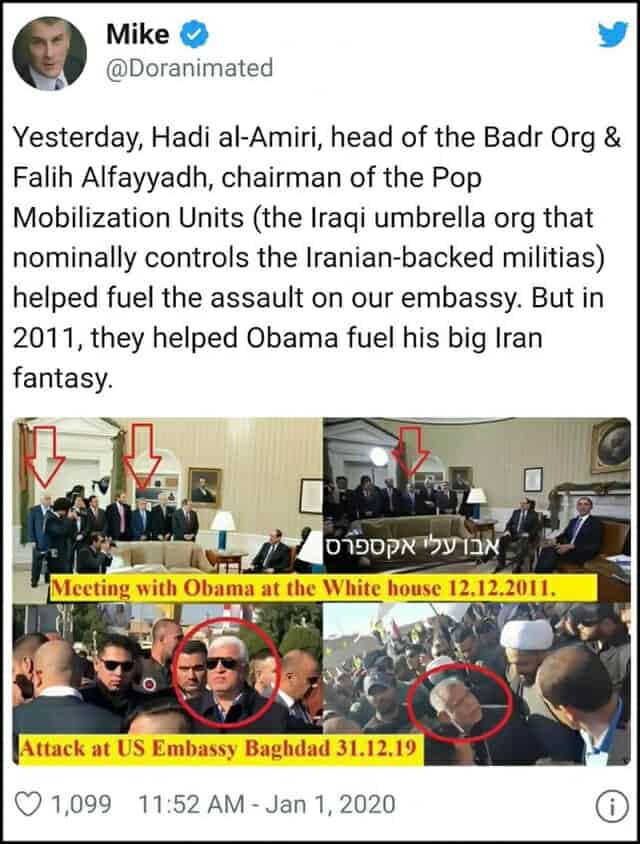