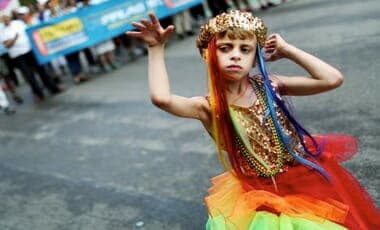 There’s no doubt about it, the Left has transformed gender from a biological fact into an ideological opinion, but how did we get to this point? Why is everything the Left tells you about gender wrong?

Daily Wire’s Matt Walsh dispels the Left’s delusions of gender during a special event from The University of Texas at Austin. This event is part of Young America’s Foundation’s Robert and Patricia Herbold Lecture Series.

YAF makes every effort to host in-person campus events. Unfortunately, administrators at the University of Texas at Austin limited attendance to only 99 for this event.

‘What are your pronouns?” is a seemingly innocuous question that has become increasingly common. Pronouns are now frequently displayed prominently in social-media bios, email signatures and conference name tags. Vice President

features “she/her” pronouns in her

includes “he/him” in his. Then there are the singular “they/them” pronouns used by “nonbinary” people who identify as neither male nor female, as well as a growing list of bespoke “neopronouns” such as “ze/zir” or “fae/faer,” and the even stranger “noun-self” neopronouns like “bun/bunself” which, according to the

are identities that can encompass animals and fantasy characters.

A recent survey of 40,000 “lesbian, gay, bisexual, transgender, queer, and questioning (LGBTQ) youth” in the U.S. found that a full 25% use pronouns other than she/her and he/him exclusively. The Human Rights Campaign, which claims to be the “nation’s largest LGBTQ+ civil rights organization,” recently tweeted that we should all begin conversations with “Hi, my pronouns are __________. What are yours?” We are told that asking for, sharing and respecting pronouns is “inclusive” to trans and nonbinary people, and that failing to do so may even constitute violence and oppression.

If this all sounds confusing and makes you uncomfortable for reasons you find difficult to articulate, you’re not alone. While being subjected to constant rituals of pronoun exchanges may seem silly or annoying at best and exhausting at worst, in reality participating in this ostensibly benign practice helps to normalize a regressive ideology that is inflicting enormous harm on society. To understand why, you’ll need to familiarize yourself with its core tenets.

But what does it mean to “identify” as a man or woman?

Gender activists believe that being a man or a woman requires embracing stereotypes of masculinity or femininity, respectively, or the different social roles and expectations society imposes on people because of their sex. Planned Parenthood explicitly states that gender identity is “how you feel inside,” defines “gender” as a “a social and legal status, a set of expectations from society, about behaviors, characteristics, and thoughts,” and asserts that “it’s more about how you’re expected to act, because of your sex.”

A recent New York Times piece refers to “men, women and gender nonconforming people,” as though gender nonconformity were incompatible with being a man or a woman. According to the Genderbread Person, a popular educational tool for teaching young children about gender identity, the properties of “man-ness” and “woman-ness” include certain stereotypical “personality traits, jobs, hobbies, likes, dislikes, roles, [and] expectations.”

The clear message of gender ideology is that, if you’re a female who doesn’t “identify with” the social roles and stereotypes of femininity, then you’re not a woman; if you’re a male who similarly rejects the social roles and stereotypes of masculinity, then you’re not a man. Instead, you’re considered either transgender or nonbinary, and Planned Parenthood assures you that “there are medical treatments you can use to help your body better reflect who you are.” According to this line of thinking, certain personalities, behaviors and preferences are incompatible with certain types of anatomy.

So when someone asks for your pronouns, and you respond with “she/her,” even though you may be communicating the simple fact that you’re female, a gender ideologue would interpret this as an admission that you embrace femininity and the social roles and expectations associated with being female. While women’s-rights movements fought for decades to decouple womanhood from rigid stereotypes and social roles, modern gender ideology has melded them back together.

Coercing people into publicly stating their pronouns in the name of “inclusion” is a Trojan horse that empowers gender ideology and expands its reach. It is the thin end of the gender activists’ wedge designed to normalize their worldview. Participating in pronoun rituals makes you complicit in gender ideology’s regressive belief system, thereby legitimizing it. Far from an innocuous act signaling support for inclusion, it serves as an implicit endorsement of gender ideology and all of its radical tenets.

Let me offer an analogy. Consider the Human Rights Campaign urging people to begin conversations with “Hi, my pronouns are ________. What are yours?” Now imagine a similar request from the American Federation of Astrologers encouraging everyone to begin conversations with, “Hi, I’m a Sagittarius. What’s your sign?” To respond with your own star sign would be to operate within and signal your tacit agreement with the belief system of astrology. If you reject astrology and respond to the question with “I don’t have a sign,” the reply might be “Of course you do! When were you born?” But that’s a completely different question.

Similarly, if you reject gender ideology’s claim that men and women are defined by their willful adherence to masculine and feminine roles and stereotypes, and so refuse to answer a request for pronouns, your interlocutor might say, “We all have pronouns! Do you identify as a man or a woman?” But because that concept of man and woman is nothing like yours, stating pronouns will only further normalize the ritual and validate a radical worldview.

The redefining of “man,” “woman,” “boy” and “girl” around sex-related stereotypes has serious real-world implications. The rejection of these stereotypes is now commonly viewed as a medical condition (gender dysphoria) to be treated with puberty blockers (for children), cross-sex hormones and surgeries that result in permanent sterility and consign patients to a lifetime of medical bills. The redefinition is also threatening the safety of women in prisons, as well as compromising the safety, fairness and dignity of women and girls in sports, as males who simply “identify” as girls or women are allowed access to these protected spaces.

The effort to resist gender ideology is reality’s last stand. We simply can’t ignore fundamental realities of our biology and expect positive outcomes for society. Pronoun rituals are extremely effective at normalizing and institutionalizing the abolition of biological sex in favor of gender identity. These rituals take advantage of people’s confusion and compassion to achieve compliance. But the time for politeness has long passed. The only proper response to the question “What are your pronouns?” is to reject the premise and refuse to answer.

Mr. Wright, an evolutionary biologist, is managing editor of Quillette. 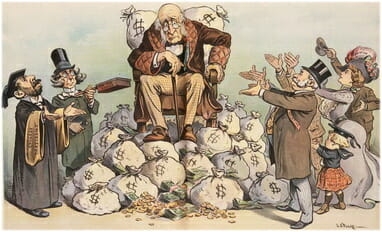 Would college students support a policy that would force those with high GPAs to donate part of their own GPA to help those with lower grades? With the recent rise of politicians like Bernie Sanders and Alexandria Ocasio-Cortez, more people than ever support socialist policies. But would they support socialist policies when it came to their GPA? We went to Florida International University to find out.

Here is an old one not set-up as well: Every year college YAF chapters submit a GPA Redistribution video, and this year, Davidson won (h-t, ACE OF SPADES): 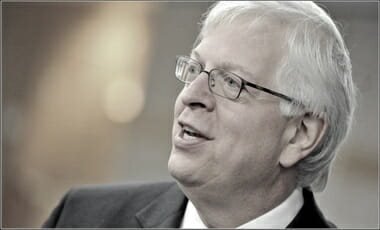 Widely regarded as one of the most eloquent and powerful speakers of his generation, Dennis Prager has lectured in nearly every one of the 50 states and all seven continents. Every day, he hosts the widely popular and influential nationally syndicated Dennis Prager Show. Prager is a prolific commentator with a weekly column and the author of four books. He has also produced three films. How will students react?

This time, you can tune in LIVE to catch the explosive talk and every minute of the fiery Q&A clashes no matter where you are in the country! Young America’s Foundation engages with students across the country to inspire them with the ideas of individual freedom, a strong national defense, free enterprise, and traditional values.

YAF is the principal outreach organization of the Conservative Movement and introduces hundreds of thousands of young Americans to these principles every year, most of whom have never heard the arguments for freedom and personal responsibility before. Learn more: http://yaf.org 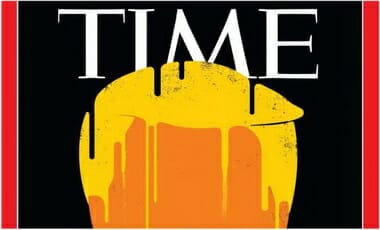 In this talk from Oct, 2017 he describes how the media portrays progressives compared to conservatives. Full video found HERE (MOONBATTERY H-T) 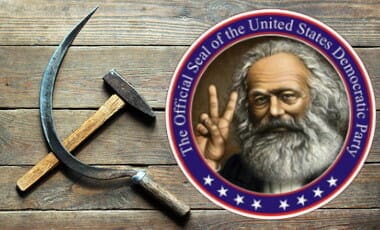 The full discussion of the above can be found on YAF’s YOUTUBE. Below is the C-SPAN appearance about his book:“The Big Lie: Exposing The Nazi Roots Of The American Left“