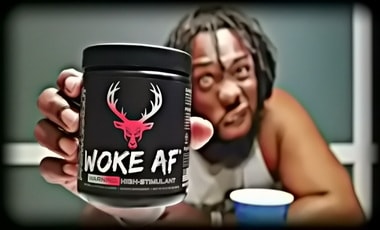 In this excerpt from a longer interview by Dennis Prager of ex-Victoria’s Secret model, Kylie Bisutti (http://tinyurl.com/l9dj7o7), the question is asked — by Prager — why anorexic women seem to be the norm in the modeling business. The answer may surprise you. Then again, it may not.

I just wish to point out that conservative gay men are not running the industry. It is, primarily, the left leaning gay culture that influences the industry. Often times these men have not dealt with the truths of a healthy, well balanced, outlook on culture, economics, and politics… as well as their relationships.

Their view of man’s nature and the unrestrained cultural approval of EVERYTHING gay, affects how they act in the society they find themselves in ~ upper Manhattan. (This is touched on a bit — mankind’s nature — as represented in a “fallen“ sense like in Thomas Sowell’s, Conflict of Visions.)

In other words, the Cultural Left (CL) seems to think any or every action by a fellow leftist gay man and alignment of thought is okay-by-them. This political viewpoint which does not incorporate “trade-offs” in life (economics, politics, one’s actions in business, relationships, etc) builds a very narcissistic self-view that “self-authenticates” any action (with the stamp of approval from the CL of course) and this exudes forth in the cultural left life of modeling… especially, if I may be so bold, the culturally gay left.

An afterthought. These conservative gay men and women may or may not realize it, but in accepting the economic models as put forward by Sowell, Friedman, and Smith, they are accepting the Judeo-Christian view of man’s nature.

For instance, one who recognizes the positive influence of Christianity is lesbian Tammy Bruce:

Even if one does not necessarily accept the institutional structure of “organized religion,” the “Judeo-Christian ethic and the personal standards it encourages do not impinge on the quality of life, but enhance it. They also give one a basic moral template that is not relative,” which is why the legal positivists of the Left are so threatened by the Natural Law aspect of the Judeo-Christian ethic.”

Tammy Bruce, The Death of Right and Wrong: Exposing the Left’s Assault on Our Culture and Values (Roseville: Prima, 2003), 35.