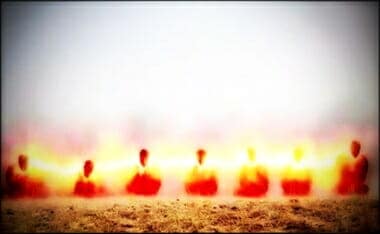 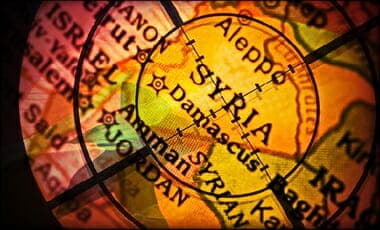 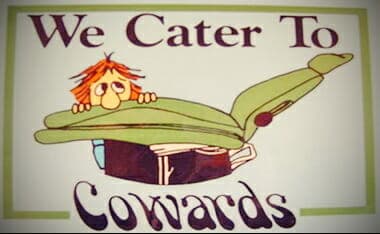 I didn’t track with what Congressman Peter King said this morning in a video I uploaded Sunday morning (above), but after reading this story I understand:

A commando unit from the US Navy’s Seal Team Six launched an amphibious raid on a Somali town, but failed to confirm a capture or kill of their Al Shabab target, suspected to be linked to Nairobi’s Westgate mall terror attack.

The operation could have opposite its intended result of discouraging further attacks. Analysts warn that even earlier successful targeted strikes against Al Shabab, a Somalia-based Islamist militant group, failed to curb the

group’s capacity to carry out international terror attacks, and that failed missions could in fact bolster its support and recruitment.

The predawn raid Saturday came unstuck when the US troops were faced with heavier-than-expected return fire, and pulled out to avoid civilian casualties, two security sources said. No Americans were injured….

(Via Firearm Blog) According to the Daily Mail the SAS are looking at switching from the 5.56x45mm NATO round to a 7.62mm round. They seem unimpressed that their US counterparts have access to 7.62mm FN SCAR-H rifles [pictured above] and they are stuck with the M4-like 5.56mm Colt Canada/Diemaco C8 Carbine. From the Daily Mail:

The SAS are being issued with new ammunition designed to kill the enemy outright after they condemned a ‘shoot-to-wound’ policy that put their lives at risk.

Last night, a regiment insider said: ‘The shoot-to-wound policy was based on the assumption that once he was wounded an enemy combatant would stop fighting, and so would his comrades to give him first aid. ‘But this backfired against the Taliban. The 5.56 mm rounds did not take a big enough chunk out of them, allowing fanatical insurgents to keep on fighting despite their wounds. As a result, more SAS soldiers were shot and badly wounded

The elite troops will now use bigger, heavier rounds to overcome Islamic insurgents who are determined to fight to the death.

The bullets upgrade – and a new range of rifles designed to fire them – were recommended in a top-secret report on SAS operations in Afghanistan. It called for a return to a ‘shoot-to-kill’ policy and for heavier rounds to be issued to troops. The report’s authors described bloody clashes with Taliban jihadists who managed to ignore their bullet wounds and carry on shooting.

The problem of 5.56 mm rounds lacking killing power in firefights is worse because the Taliban use 7.62 mm rounds in their AK-47 Kalashnikovs and Russian sniper rifles. The SAS’s report said the 7.62 mm rounds flew farther and with greater accuracy – giving the enemy a distinct advantage, especially in long-range engagements. (Via Gateway Pundit) Secular Egyptian Protesters Bash US Democrats in Tahrir: “Down With American Democratic Party, the Ally of Morsi” ~ The Egyptian liberals are very upset with Barack Obama and his Democrat Party for propping up the Muslim Brotherhood and Morsi regime. This sign was seen in Tahrir this week:

President Morsi has made no qualms about his racist views toward Israel, his radical Islamist beliefs, or his willingness to impose dictatorial measures on Christians and the opposition party in Egypt. Yet for some reason, Barack Obama thinks that giving Morsi and his Muslim Brotherhood allies newer, highly advanced fighter jets and the most lethal of modern tanks on the battlefield will lead to stability in the region.

Bailey cites Morsi’s description of Israelis as “blood-suckers” and “descendants of apes and pigs” as evidence of his hostility to America’s allies:

It is the height of madness to give radical Islamists–who openly hate our allies–new and more powerful weapons with which they could potentially destroy them. Special Operations Speaks condemns the Obama Administration’s decision to follow through on the deal in the strongest terms.

Egypt’s President-elect Mohammed Morsi made a nod to his base in a speech on Friday when he pledged to seek the release of Sheik Omar Abdel-Rahman from U.S. custody.

Sheik Abdel-Rahman, who is better known as the “blind sheik” is serving a life sentence at a federal penitentiary in North Carolina for his role in planning the 1993 bombing of the World Trade Center in New York City.
More

His detention has become a cause célèbre among hard-line Salafi Islamists whom Mr. Morsi counted on in his runoff against ex-regime loyalist Ahmed Shafiq….

Not too eventful, but gives you an idea of the haps these men face everyday.

From the team:
4 hour fight compressed into 12 min, starts off quiet but will get better as it goes through the last 3 cameras. Far ambush on our 14 man element attempting to take Antenna Hill. First camera is the platoon medic, 2nd is from the 10 man element pinned down by the enemy, 3rd is my own camera as my four man section takes the top of the hill to relieve our pinned down element, 4th is our medic’s camera again during one of the enemy counter attacks.

You can see the dirt fly as their sniper gets close.