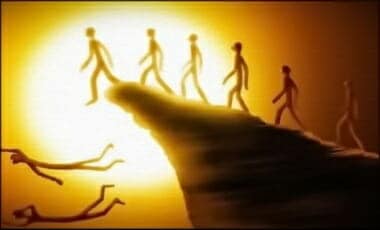 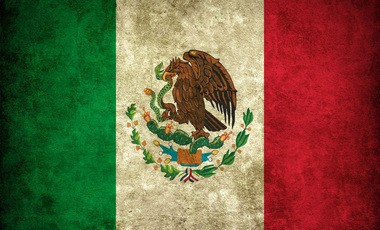 Sam Donaldson compared Calderon’s speech against Arizona to Reagan’s speech against the wall separating East and West Germany! As well as comparing it to Clinton speaking out against Tienanmen Square! These progressive Democrats are all about making disproportionate actions and moral stances on freedom and protection all equal on the world stage. Reagan speaking truth to the tyranny of communism and Gorbachev is equal to Arizona trying to protect its citizens. CRAZY!

This transcript is from NEWSBUSTERS (I will recommend a book that I still think is fitting even after all these years):

JAKE TAPPER: There was one other item in the news that I want to touch on before we have to go to a break and that is the President of Mexico, Felipe Calderon, came to the White House and he came to Congress. And in both places he criticized the Arizona immigration law. Here’s President Calderon: FELIPE CALDERON, HOUSE CHAMBER, ON THURSDAY: I strongly disagree with the recently adopted law in Arizona. It is a law that not only ignores the reality that cannot be erased by decree, but also introduces a terrible idea using racial profiling as the basis for law enforcement.

TAPPER: Now I’m the spring chicken at the table, but I cannot remember a head of state from another country coming to the Congress and criticizing American laws.

GEORGE WILL: While he was lecturing America on moral governance, he was doing so against the backdrop of an Amnesty International report saying that migrants, illegals crossing through Mexico “are facing a major human rights crisis leaving them with virtually no access to justice, fearing reprisals and deportation if they complain of abuses, of persistent failures by the authorities,” that would be Mr. Calderon’s government, I believe, “to tackle abuses carried out against irregular migrants who’ve made their journey through Mexico one of the most dangerous in the world.”

So he gets up and lectures us on moral governance and gets a standing ovation from Donna’s party. The fact is, Mexico has two big exports: Oil, and their second biggest export is poverty to the United States – from which, in remittances sent back to Mexico, they get $21 billion a year. Mr. Calderon has a stake in illegal immigration to our country.

SAM DONALDSON: President Bill Clinton went to the Great Hall of the People and when Jiang Zemin was President of China. I heard President Clinton say, “what you did in Tiananmen Square was wrong.” He lectured. We all said, that’s terrific because it was the ox being gored on the other side. President Calderon represents Mexico. And he said what a lot of Americans are also saying, that that Arizona law is discriminatory and it ought not to have been on the books.

TAPPER: That law is actually supported by a majority of Americans, according to polling. And I can’t believe that you’re actually comparing it to Tiananmen Square, right? I mean, you’re not?

DONALDSON: Well, I’m not comparing a massacre in Tiananmen Square to what’s happening in Arizona. But you raised the subject of having someone come to another country and lecture them.

TAPPER: And you think it’s okay?

COKIE ROBERTS: Our Presidents certainly do it. Israel about settlements. You know, “Mr. Gorbachev, tear down this wall,” you know.

GEORGE WILL: He didn’t say that in Russia.

DONNA BRAZILE: The Democrats basically were, they applauded the fact that we have to fix this problem. Our borders is broken. George, we have a broken, we have a disfunctional-

WILL: They applauded the President of Mexico.