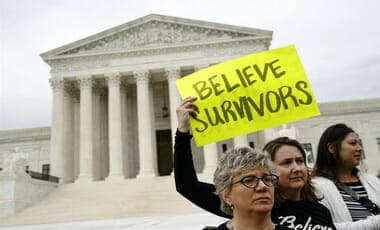 Hugh Hewitt this morning asked only for first time women callers to call in — he had over 30 women chime in. A truck driver (widow) with 6-children. A couple psychologists as well as a few prosecutors, lawyers, house wives etc. They were all for Kavanaugh, and many said they would be horrified if this happened to their sons. Others had only girls and are in full support of Kavanaugh. Some said they were never interested in politics like they are after a good man had his life destroyed.

Fallout from the Brett Kavanaugh hearings and the now-debunked allegations of sexual assault by Christine Blasey Ford has expanded the divide not only between Republicans and Democrats, but among women — the very group Democrats hoped to motivate for this year’s midterms.

As I’ve covered the hearings and the circus surrounding them, I’ve heard a constant refrain — conservative women are furious about the false allegations leveled against Kavanaugh. They resent the feminist call to believe the woman and thereby assume the man’s guilt simply because he is a member of the male collective.

Feminists have made a mistake assuming that they speak for all women. They don’t.

Many of us are mothers. We have sons whom we love and would defend to our last drop of blood.

We have husbands, fathers, brothers, and male friends we hold in high esteem. Kavanaugh referenced these relationships during his testimony when he pleaded with the committee to consider how they would respond if this happened to a man they loved.

Voters are surprisingly unified when it comes to one thing: Chastising Feinstein for her role in the debacle.

Even the Leftist rag SLATE has to admit November is looking like a “red wave”:

The accusations of sexual assault against Supreme Court nominee Brett Kavanaugh are widely perceived to be a boon to Democrats heading into the midterm elections in November. “The women of this country identify with Dr. Ford and will not forget what is happening here,” Neera Tanden, the president of the Center for American Progress, told NBC News over the weekend. “They are not angry, they are furious, and I expect the largest women’s turnout in a midterm—ever.”

In fact, however, the Kavanaugh spectacle seems to have evaporated the Democrats’ enthusiasm edge, according to a poll conducted Monday by NPR, PBS NewsHour, and Marist. In July Democrats were likelier, by 10 percentage points, to say the November elections were “very important.” That gap has now narrowed to a statistical tie. “The result of the hearings, at least in the short run, is the Republican base was awakened,” Marist head Lee Miringoff told NPR.

The change is particularly striking when comparing women in the two parties. Of all the cohorts measured by the poll (including Independent men and women), Democratic women are the only group to display less enthusiasm for the midterms this week than they did in July. Meanwhile, Republican women seem invigorated. In July, 81 percent of Democratic women said the November elections were very important, compared to 71 percent of Republican women. Now, Republican women are 4 percentage points likelier to view the midterms that way (83 percent to 79 percent). That’s a 14-point swing in female voters’ interest in the midterms—after the hearings, and in Republicans’ favor.

The titanic anger of progressive women has been a dominant theme in the media since President Trump’s surprise victory over Hillary Clinton two years ago. Two major books about female rage have been published this fall, including Good and Mad by writer and reporter Rebecca Traister. “This political moment has provoked a period in which more and more women have been in no mood to dress their fury up as anything other than raw and burning rage,” Traister wrote in the New York Times on Saturday. “Many women are yelling, shouting, using Sharpies to etch sharply worded slogans onto protest signs, making furious phone calls to representatives.”

But women’s rage is not a chorus performed in unison. Atlantic reporter Emma Green talked with about a dozen female conservative leaders across the country for a story this week that puts flesh on the Marist poll’s finding: that the Kavanaugh hearings have electrified conservative women too. “I’ve got women in my church who were not politically active at all who were incensed with this,” the chairwoman of the West Virginia Republican Party told Green. The Indiana state director for the anti-abortion Susan B. Anthony List, Jodi Smith, told Green that “people in Indiana are angry.” In her view, the hearings are “one of the best things that could happen to us” as she looks forward to a hotly contested Senate election in the state in November.

The Marist poll is just one poll. And conservative women plugged into state and local politics were already very likely to vote (and vote Republican) before the Senate hearings. Their new outrage over Kavanaugh’s supposed mistreatment won’t make their votes count more. But their reactions may indicate that less-engaged Republican women are feeling similarly outraged, or even just ambivalent, about the Kavanaugh accusations.

The Kavanaugh hearings have riveted the country in a way that few news stories have the power to do. Almost 20 percent of American households watched portions of the testimony last week; that figure does not include people who streamed the hearings online or listened on the radio. In my own anecdotal observation, my evangelical-heavy Facebook feed has been taken over by posts about accuser Christine Blasey Ford’s credibility, often written by women, including those who rarely post about politics. “There is total manipulation of this process—it’s disgusting,” one woman wrote on an evangelical friend’s post that proposed it was impossible to know who was lying. “I believe she was assaulted [but] I simply refuse to believe it was him.” Others argue that Ford’s evidence is too thin, that Kavanaugh’s good name has been permanently smeared, that his family is suffering unjustly.…

Here are the children of children, being brainwashed by the university to be the violent Democrats we are becoming familiar with:

This topic of violence made it to outnumbered on FOX where the Democrat strategist was, well, OUTNUMBERED (DAILY CALLER h-t)

Just a few of my own posts on this:

In the space of three weeks, Democratic fortunes have turned in a shocking way. Just three weeks ago, on September 13, Senator Dianne Feinstein (D-CA) came forward with an allegation of sexual abuse against Brett Kavanaugh; just three days later, Christine Blasey Ford herself came forward in an interview with The Washington Post. At that time, Kavanaugh’s nomination fell into severe jeopardy. Democrats held an eight-point lead on the generic Congressional ballot according to the RealClearPolitics poll average. According to the latest Economist, Marist, and IBD polls, those numbers are now below six points. IBD has the race inside the margin of error; Rasmussen does as well. The enthusiasm gap for Democrats has essentially disappeared.

In 2016, Republicans showed up to vote because they were afraid of Hillary Clinton. But that concern pales next to the concern Republicans now have about the possibility of Democratic governance. Republicans have been treated to a front-row seat in a display of Democratic willingness to do anything to damage conservatives. Anything.

Republicans have known about lack of Democratic decency since at least 2012, when Mitt Romney was characterized as a potential slaver by Joe Biden and an emotionless, cruel sexist by many in the media. It’s one of the reasons so many Republicans voted for Donald Trump, a blunt instrument unwilling to back down in the face of threats, to face off against Hillary Clinton.

But Kavanaugh was one step further. Kavanaugh wasn’t up for election — he was a career judge, on one of the most prestigious circuits in America. He was a political moderate, with the support of many of his liberal colleagues. He was establishment. What’s more, he was a devout Catholic and a father of two.

And Democrats decided to ruin his life. Feinstein decided to hold back Ford’s allegations until the last minute, then drop them. Democrats decided to play up every weak, uncorroborated allegation, no matter how disgusting; they decided to promote the insane speculation of professional publicity whore Michael Avenatti. The media decided to endorse the idea that Kavanaugh, a respected federal public servant, was actually a secret gambler, alcoholic, ice-thrower, and gang rapist, throwing out their basic standards of journalism in the process.

And Republicans watched. So did independents.

What they saw scared the bejeezus out of them: a militant Left willing to ruin a man’s life based on unverifiable and uncorroborated allegations, for purely partisan purposes. And those Americans began to think: would the Democrats do that to me?… 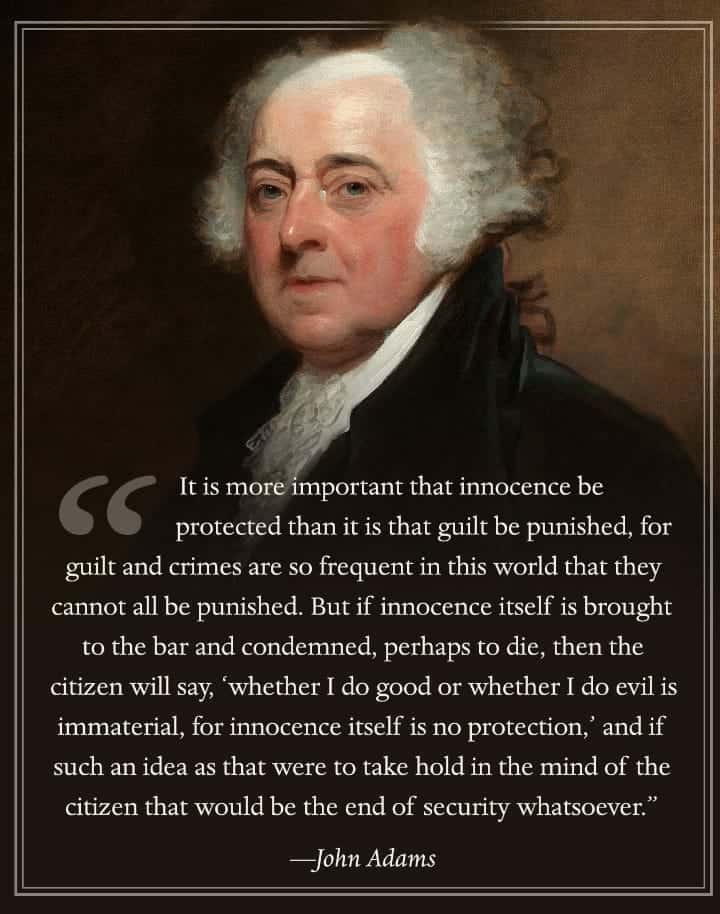