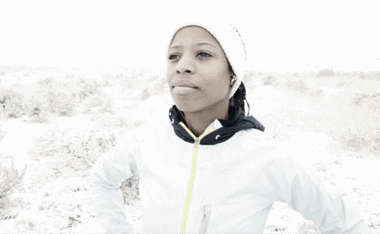 Rep. Mia Love (R-UT) delivers remarks at the March for Life in Washington, DC. Watch the complete video HERE. This comes by way of POLITICHICKS!

I have, likewise, dealt with the close ties in this administration to the Muslim Brotherhood. Obama has invited them to the White House, as well as supported their rise in Egypt. Sick. The following Examiner excerpt comes with a h/t to my mom:

Shoebat stated that one of the reports he did in the past, he showed that Malik is a member of the Islamic Da’wa Organization (IDO), an arm of the Sudanese government, which is led by President Omar al-Bashir, who is himself a member of the Muslim Brotherhood.

Translated by Shoebat, Al-Jebali stated in an interview, “I want to inform the American people that their president’s brother Obama is one of the architects of the major investments of the international organization of the Muslim Brotherhood.”

“We will carry out the law and the Americans will not stop us. We need to open the files and begin court sessions. The Obama administration cannot stop us… they know that they supported terrorism. We will open the files so these nations are exposed, to show how they collaborated with them [the terrorists]. It is for this reason why the American administration fights us.”

Shoebat has extensively covered Malik Obama in relation to President Obama and the Muslim Brotherhood.

In a previous report, Shoebat revealed that the IDO was created by the Sudanese Government, which is considered by the U.S. State Department as a terrorist state. Since Malik Obama is a member of the IDO, this puts him in direct connection with Islamic terrorists as well an official with a terrorist state.

The Obama Administration’s involvement with Egypt, Libya, and the Muslim Brotherhood have been well-documented by the Paulding County Republican Examiner (PCRE).