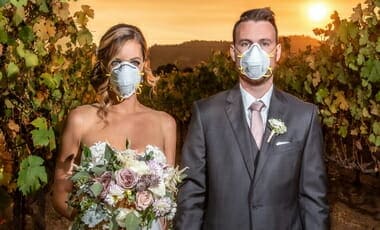 Chuck DeVore is interviewed by Larry Elder on these (and more) topics regarding California’s regulatory arm and environmental groups and the affect they have on forest health, power grids, and the rising cost for the poor. The conversation is based in large part on these two articles:

In the above two article (and the ones to follow) are detailed failures of our state legislature (a super majority in both houses are Democrats) to bring California into the 21st century.

These policies of pushing alternative energy goals retards the power grid, and hurts the poor the most where it counts — the pocket book:

These are important topics that SHOULD be looked into by Californians. However, the urge to FEEL “angelic” (on the side of angels) far outweighs the reality of the road we are paving. Here is the “CS LEWIS” of politics from a related post: “Deadly Altruism Marks the Left ~ Illiberal Egalitarianism and the NYFD“

There is a Liberal sentiment that it should also punish those who take more than their “fair share.” But what is their fair share? (Shakespeare suggests that each should be treated not according to his deserts, but according to God’s mercy, or none of us would escape whipping.)

The concept of Fairness, for all its attractiveness to sentiment, is a dangerous one (cf. quota hiring and enrollment, and talk of “reparations”). Deviations from the Law, which is to say the Constitution, to accommodate specifically alleged identity-group injustices will all inevitably be expanded, universalized, and exploited until there remains no law, but only constant petition of Government.

We cannot live in peace without Law. And though law cannot be perfect, it may be just if it is written in ignorance of the identity of the claimants and applied equally to all. Then it is a possession not only of the claimants but of the society, which may now base its actions upon a reasonable assumption of the law’s treatment.

But “fairness” is not only a nonlegal but an antilegal process, for it deals not with universally applicable principles and strictures, but with specific cases, responding to the perceived or proclaimed needs of individual claimants, and their desire for extralegal preference. And it could be said to substitute fairness (a determination which must always be subjective) for justice (the application of the legislated will of the electorate), is to enshrine greed—the greed, in this case, not for wealth, but for preference. The socialistic spirit of the Left indicts ambition and the pursuit of wealth as Greed, and appeals, supposedly on behalf of “the people,” to the State for “fairness.”….

….But such fairness can only be the non-Constitutional intervention of the State in the legal, Constitutional process—awarding, as it sees fit, money (reparations), preferment (affirmative action), or entertainment (confiscation)….

….“Don’t you care?” is the admonition implicit in the very visage of the Liberals of my acquaintance on their understanding that I have embraced Conservatism. But the Talmud understood of old that good intentions can lead to evil—vide Busing, Urban Renewal, Affirmative Action, Welfare, et cetera, to name the more immediately apparent, and not to mention the, literally, tens of thousands of Federal and State statutes limiting freedom of trade, which is to say, of the right of the individual to make a living, and, so earn that wealth which would, in its necessary expenditure, allow him to provide a living to others….

…. I recognized that though, as a lifelong Liberal, I endorsed and paid lip service to “social justice,” which is to say, to equality of result, I actually based the important decisions of my life—those in which I was personally going to be affected by the outcome—upon the principle of equality of opportunity; and, further, that so did everyone I knew. Many, I saw, were prepared to pay more taxes, as a form of Charity, which is to say, to hand off to the Government the choice of programs and recipients of their hard-earned money, but no one was prepared to be on the short end of the failed Government pro-grams, however well-intentioned. (For example—one might endorse a program giving to minorities preference in award of government contracts; but, as a business owner, one would fight to get the best possible job under the best possible terms regardless of such a program, and would, in fact, work by all legal and, perhaps by semi- or illegal means to subvert any program that enforced upon the proprietor a bad business decision.)*

Further, one, in paying the government to relieve him of a feeling of social responsibility, might not be bothered to question what in fact constituted a minority, and whether, in fact, such minority contracts were actually benefiting the minority so enshrined, or were being subverted to shell corporations and straw men.†

* No one would say of a firefighter, hired under rules reducing the height requirement, and thus unable to carry one’s child to safety, “Nonetheless, I am glad I voted for that ‘more fair’ law.”

† As, indeed, they are, or, in the best case, to those among the applicants claiming eligibility most capable of framing, supporting, or bribing their claims to the front of the line. All claims cannot be met. The politicians and bureaucrats discriminating between claims will necessarily favor those redounding to their individual or party benefit—so the eternal problem of “Fairness,” supposedly solved by Government distribution of funds, becomes, yet again and inevitably, a question of graft.