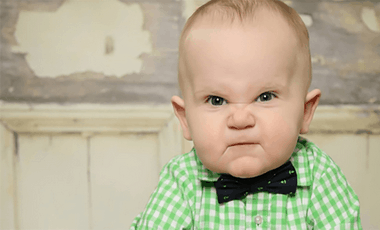 After having a run in with these guys a few years back in the SCV and noting that Texas voted in a Democrat from the group, I looked into them a bit. I ended up posting 3-times on them in the past (and as a warning, many of the links in those posts may be dead). 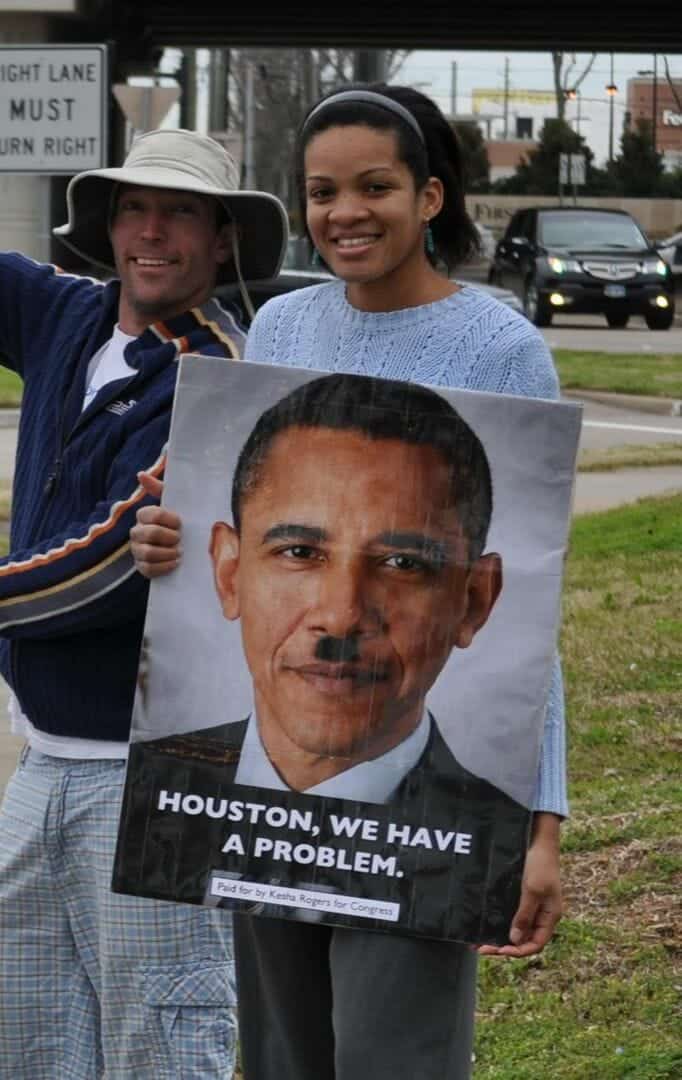 What I found out is that they do stuff to grab attention. In the past however, their tactics allowed the mainstream media to portend that the TEA Party peeps were right-wing racist by highlighting in their stories posters of Obama with a Hitler stache at the TEA Party events. But as my two June posts show clearly is that an elected Democrat was holding the same signs, as she was part of this organization. And the founder himself (Lyndon LaRouche) ran for office 7-times… as a Democrat.

Well, this Leftist Political Cult (more cult than Leftist) is at it again in grabbing headlines. What irked me is that many of the conservative sites I went to assumed this lady was an AOC fan. As soon as I watched the video I knew it was a prank of some kind… I just thought it was some comedian or radio morning show prank. The newly silk screened shirt gave it away. But I wasn’t tracking with it being a LaRouchite ploy.

Here is the video (look how caught off guard AOC looks — if anything, the look on her face meeting people from a crazier cult than she is from is priceless:

Here are examples of just how wrong people got the the “baby eating” troll by this LaRouchite chapter. GLENN BECK said this was an “environmentalist activist,” Emma Vigeland of THE YOUNG TURKS said this was a “Trump Troll.” Even Alexandria Ocasio-Cortez claimed that the woman who suggested “eating babies” was a solution to climate change “was a Trump supporter.” Others claimed she was mentally ill.

As an aside, all the sites that say AOC should have clearly denounced cannibalism [eating babies] otherwise she by default supports it are wrong. She doesn’t have to denounce it because it is automatically assumed this position is sick and the nuance of publicly rejecting it is silly. JUST LIKE those asking Trump to continually reject “white nationalism” are just as silly as rejecting eating babies.

Here is the tracking down of this woman on Twitter and her affiliation with The Lyndon LaRouche cult:

So who was this woman? Not a climate activist. Not even, perhaps, someone with a mental illness. She is a representative of the bizarre political cult once led by Lyndon LaRouche. Previous targets for this kind of stunt include @Janefonda Olof Palme & Michael Dukakis. Now @AOC. pic.twitter.com/0JVsfn6vCn

THE DAILY CALLER had a good post on the group/incident. In it Shelby Talcott (the article’s author) rightly notes the following (EMPHASIZED):

The LaRouche PAC, a fringe political action committee, took credit for the stunt Thursday evening on Twitter. The group responded to multiple tweets on the incident, writing “it was us” repeatedly, The Washington Post reported.

THE GROUP’S STUNT IS “A FAIRLY WELL-ESTABLISHED TACTIC” FOR IT, MATTHEW SWEET, A HISTORIAN WHO HAS DOCUMENTED THE GROUP, SAID ACCORDING TO WAPO. CONSPIRACY THEORIST LYNDON H. LAROUCHE JR. FOUNDED THE LAROUCHE PAC.

Sweet told WaPo. “The tactic is you go to a political meeting and you create a disturbance that disrupts the meeting, and more importantly, that creates a kind of chaos.”

The article continues on with all the finger pointing going on in our “immediate” social media world. (I just told my own two sons to wait a couple of days to see where the chips fall.) The article then continues on with the more important issue of the groups history and aims:

LaRouche Jr. built up his following, which reaches across the world, “based on conspiracy theories, economic doom, anti-Semitism, homophobia and racism,” WaPo wrote in an obituary on LaRouche Jr., who died in 2019. He ran for president eight times between 1976 and 2004.

A judge sentenced LaRouche Jr., who once was a member of the U.S. Labor Party, to 15 years in prison in 1989 for defaulting on over $30 million in loans from his supporters and planning to defraud the IRS, The Associated Press reported.

He “has managed to attract a small but fanatical following to his conspiratorial view of the world,” the conservative Heritage Foundation said in a 1984 report according to WaPo. The cult advocates for economic recovery and wants to implement its four economic laws, according to its website.

The instigator is right about the Swedish professor though. The professor spoke about cannibalism being a sustainable food source (the report in the Swedish language can be seen HERE) — and if you haven’t heard of this guy yet, here is CLIMATE DEPOT’S post on professor Söderlund’s ideas, pre-ceeded by Ezra Levent’s show with Marc Morano:

….A conference about the food of the future called Gastro Summit being held in Stockholm Sweden featured a presentation by Magnus Söderlund claiming that we must get used to the idea of eating human flesh in the future, as a way of combating the effects of climate change.

As reported by the Epoch Times:

Boy that makes me very happy I keep Kosher because humans don’t have split hooves and chew their cud, so I won’t be eating human flesh.

Söderlund refers to the taboos against it as “conservative.” Yep, he claims those who don’t want to eat your dead relatives are old fogys who don’t want to save the planet. He adds that people can be sold on the idea little by little, first by persuading people to just taste it. Tasting it? Over my dead body—-er maybe that’s not the correct phrase, but you get the idea.

“Are we humans too selfish to live sustainably?

“Is Cannibalism the solution to food sustainability in the future? Does Generation Z have the answers to our food challenges? Can consumers be tricked into making the right decisions? At GastroSummit you will get some answers to these questions—and also partake in the latest scientific findings and get to meet the leading experts.”

In his talk, Söderlund asks the audience how many would be open to the idea. Not many hands go up. Some groaning is heard. When interviewed after his talk, he reports brightly that 8 percent of conference participants said they would be open to trying it. When asked if he himself would try it, he replies: “I feel somewhat hesitant but to not appear overly conservative…I’d have to say….I’d be open to at least tasting it.

What about the fact that science has proven that eating other people can make you crazy.

It’s bad enough that fans of the climate change hypothesis want to destroy the economy for their worldwide redistribution of income scheme, but this is just too gross….

Mind you, this isn’t the first time a “wild eyed” proposal was made by crazies! The Guillotine was proposed by a Democrat Georgia House of Representatives, Doug Teper (D-61), as a better way to impose the death penalty on others. Rep Teper did receive an award: Honors and Awards Young Democrats of DeKalb DEDICATION TO THE ENVIRONMENT.

In 1996 in the US, Georgia State Representative Doug Teper[37] unsuccessfully sponsored a bill to replace that state’s electric chair with the guillotine.[38]

Another blogpost post zeroes in on the possible animus for such proposals (and mind you, I am speaking of this partly to put into the record here at RPT these old proposals by Democrats to put them into the search history of my site to recall them in discussion):

…The Arizona assembly considered a bill that would give prisoners a choice of their method of execution: lethal injection or having their organs harvested for transplant. The bill was voted down in light of the American College of Physicians statement that physicians should not be involved in the execution process.

Georgia State Representative Doug Teper proposed writing legislation that would give prisoners a choice between death by electrocution or guillotine. Those opting for the guillotine would be given the option to donate their organs. The legislation was never brought before the state senate…

Utopianism at it’s most dreamiest.