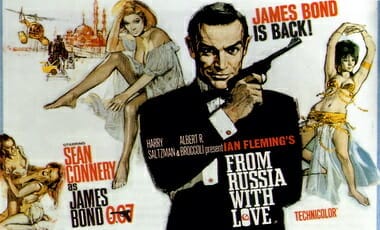 (JUMP TO ADDED ARTICLE LINK) You just can’t make this stuff up!

…First, the Clinton Campaign made use of the same law firm during the 2016 election! Yes, Hillary Clinton, in fact, hired James Hamilton, a partner at Morgan, Lewis, and Bockius and a well-know DC attorney who also previously worked for Al Gore, John Kerry, and even Barack Obama!

If you need any reminding, the Democrats have a long history of “coziness” with the Russians, you need to look no further than the “Lion of the Senate” (Ted Kennedy) to see what REAL treason looks like:

…If these progressives want to know what actual treason looks like, they should consult liberal lion Ted Kennedy, who not only allegedly sent secret messages to the Soviets in the midst of the cold war, he also begged them to intervene in a U.S. presidential election in order to unseat President Ronald Reagan. That’s no exaggeration.

According to Soviet documents unearthed in the early 1990’s, Kennedy literally asked the Soviets, avowed enemies of the U.S., to intervene on behalf of the Democratic party in the 1984 elections. Kennedy’s communist communique was so secret that it was not discovered until 1991, eight years after Kennedy had initiated his Soviet gambit:

Picking his way through the Soviet archives that Boris Yeltsin had just thrown open, in 1991 Tim Sebastian, a reporter for the London Times, came across an arresting memorandum. Composed in 1983 by Victor Chebrikov, the top man at the KGB, the memorandum was addressed to Yuri Andropov, the top man in the entire USSR. The subject: Sen. Edward Kennedy.

“On 9-10 May of this year,” the May 14 memorandum explained, “Sen. Edward Kennedy’s close friend and trusted confidant [John] Tunney was in Moscow.” (Tunney was Kennedy’s law school roommate and a former Democratic senator from California.) “The senator charged Tunney to convey the following message, through confidential contacts, to the General Secretary of the Central Committee of the Communist Party of the Soviet Union, Y. Andropov.”

Kennedy’s message was simple. He proposed an unabashed quid pro quo. Kennedy would lend Andropov a hand in dealing with President Reagan. In return, the Soviet leader would lend the Democratic Party a hand in challenging Reagan in the 1984 presidential election. “The only real potential threats to Reagan are problems of war and peace and Soviet-American relations,” the memorandum stated. “These issues, according to the senator, will without a doubt become the most important of the election campaign.”

Kennedy made Andropov a couple of specific offers.

First he offered to visit Moscow. “The main purpose of the meeting, according to the senator, would be to arm Soviet officials with explanations regarding problems of nuclear disarmament so they may be better prepared and more convincing during appearances in the USA.” Kennedy would help the Soviets deal with Reagan by telling them how to brush up their propaganda.

(More at The Federalist Papers)

Let’s not forget this episode:

Also note the “coziness” of Bill Clinton via his wife’s Secretary of State position, detailed well in the documentary found HERE. But a quick reminder via NATIONAL REVIEW seems in order:

The Democrats and old-guard news media (forgive the redundancy) are pathologically obsessed with the hypothesis that Team Trump and Russia rigged last November’s presidential election. If Donald J. Trump so much as played Tchaikovsky’s Marche Slav on his stereo, these leftists deduce, he was in cahoots with the Kremlin.

Meanwhile, the same folks who spy a KGB agent behind every filing cabinet in Trump’s White House are aggressively apathetic about Hillary and Bill Clinton’s policies, decisions, and actions that gave aid and comfort to Russia.

Hillary’s much-mocked “Russian reset” established the tone for the Clintons’ coziness with the Kremlin. On March 6, 2009, during a trip to Geneva, she presented Russian foreign minister Sergei Lavrov a small, red button. Hillary thought it was emblazoned with the Russian word for “reset.” Her team mistranslated and the button actually read “overload.” Nonetheless, Clinton and Lavrov jointly pressed the symbolic button. And a new era in U.S.–Russian relations erupted.

While visiting Moscow on March 24, 2010, Hillary explained the Reset’s purpose: “Our goal is to help strengthen Russia.”

Hillary said this in an interview with veteran broadcaster Vladimir Pozner of Russia’s First Channel TV network. Pozner is a Soviet-era relic who still communicates in barely accented English. During the Cold War, he popped up on American TV and radio programs and presented the views of the Communist Party of the Soviet Union. Pozner’s pleasantries made him and his totalitarian bosses seem blandly benign.

The shadiest deal that the Clintons hatched with Russia is called Uranium One. This outrage should mushroom into Hillary and Bill’s radioactive Whitewater scandal.

Frank Giustra, a Canadian mining mogul and major Clinton Foundation donor, led a group of investors in an enterprise called Uranium One. On June 8, 2010, Rosatom, the Russian State Atomic Energy Corporation, announced plans to purchase a 51.4 percent stake in the Canadian company, whose international assets included some 20 percent of America’s uranium capacity.

Because this active ingredient in atomic reactors and nuclear weapons is a strategic commodity, this $1.3 billion deal required the approval of the Committee on Foreign Investment in the United States (CFIUS). Secretary of State Clinton was one of nine federal department and agency heads on that secretive panel.

On June 29, 2010, three weeks after Rosatom proposed to Uranium One, Bill Clinton keynoted a seminar staged by Renaissance Capital in Moscow, a reputedly Kremlin-controlled investment bank that promoted this transaction. Renaissance Capital paid Clinton $500,000 for his one-hour speech.

While CFIUS evaluated Rosatom’s offer, Clinton Cash author Peter Schweizer observed, “a spontaneous outbreak of philanthropy among eight shareholders in Uranium One” began. “These Canadian mining magnates decide now would be a great time to donate tens of millions of dollars to the Clinton Foundation.”…

I just wanted to add this updated article that is actually older (new to this particular post). Here is the intro of the reprinted article at FRONT PAGE MAGAZINE:

Editors’ note: In light of the Left’s deranged hysteria in response to President Trump’s recent press conference with Vladimir Putin in Helsinki, marked by pathological accusations that Trump has engaged in “treason,” Frontpage has deemed it important to bring attention to a forgotten story of verifiable scheming with the Kremlin — by the late Democratic Sen. Ted Kennedy against President Ronald Reagan. We are reprinting below Frontpage editor Jamie Glazov’s 2008 interview with Dr. Paul Kengor, who unearthed documentation detailing Kennedy’s outreach to the KGB and Soviet leader Yuri Andropov during the height of the Cold War, in which the Democratic Senator offered to collude with the Soviets to undermine President Reagan. There were no screams of moral indignation, or accusations of treason, about this matter from the Left at that time — nor since.