“One of the women arrested over the foiled terror attack in Paris was engaged to a man who slit a priest’s throat, it has emerged….” (JIHAD WATCH) 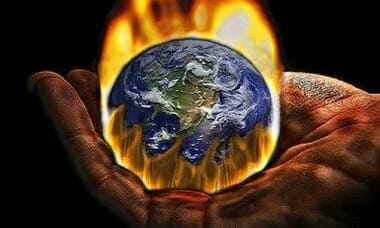 The below are two online “posters” from the Islamic State that portray jihadism in France… put online after the most recent attack by the religion of peace. Take a look at the posters… and then I will comment to my fellow believers.

The above are, to me, an almost cliche of what is doctrine of demons. IF, the devil did exist –and were to cause a movement embedding the hatred for everything good and Godly…

…Satan, wishing to destroy this image at all costs would seem to come to fruition in this radical jihadi movement.

And so this evolving terrorism that is prompting NATO to declare war on the Islamic State (or at least the last attack France was asking them to do so, and now with this new attack we may see a renewed push to do such) is almost a fulfillment of the foresight of Godley men in the Old Testament and the New.

To fight this evil IS a righteous act — that is, putting a stop to this heinous evil. But, I also see it as a “hook in the jaw” of the West that may kick off a larger battle — or an era of peace [or both]. However you view the steps in end-time eschatology.

So, an evil like none we have seen (evil done to strike fear and for sadistic pleasure), seems to be drawing the West into an area that Napoleon said could accommodate the worlds armies:

The French military and political leader Napoleon Bonaparte once stood at the valley of Megiddo, which is a large tract of land and inland valley south of the Lower Galilee region in Israel, and remarked, “All the armies of the world could maneuver their forces on this vast plain.” Napoleon at that time either knowingly or unknowingly made a prophetic statement, because the Bible specifically states that one day all the world’s armies will indeed converge on that location and be met in battle by God Himself.

(The Battle of Armageddon – What Is It?)

Another “unrelated” story revolves around Putin… who, in Stalin like fashion, sacked every commander in his Baltic Fleet mainly due that these commanders were refusing orders to engage U.S. warships in a harassing manner. Presumably trying to instigate something like the previous SU-24 flying 30-feet over the bow of one of our warships, or the continuous close calls with NATO. Russia also has the hook in their jaw and has decided to send additional advanced aircraft, including K-52 helicopter gunships, to Syria “in order to strengthen the Russian military grouping that takes part in anti-terrorist operations.”

While the above means almost nothing to my non-religious readers… in eschatological terms and in the idea that we “battle is not against flesh and blood, but against the rulers, against the authorities, against the world powers of this darkness, against the spiritual forces of evil in the heavens,” it means a lot. 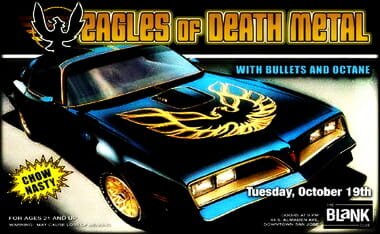 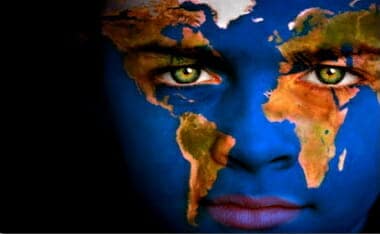 Here is Gay Patriots response to the above:

Excuse me, sir… *what* Jewish and Christian terror are you referring to? Are the MFM in a huge conspiracy to cover up how militant Latter Day Saints have been firebombing performances of The Book of Mormon? Because I certainly did not hear anything about that.  Nor have I heard anything about Roman Catholics going on rampages because “edgy” artists get taxpayer grants to defile Christian iconography.

The truth is, Christians, Jews, Buddhists, and so forth do not systematically commit terroristic acts in retribution for alleged “offenses” to their religious sensibilities. They simply don’t. Nor are rare and isolated acts of violence condoned by the leaders of those sects.  But leftists are so fully invested in the dogma that Christianity is evil and intolerant, and Western Civilization is evil and intolerant, and Mohammedans are fellow victims of this oppression … they simply have to generate more lies to maintain the narrative; even if it requires total denial of reality.

But liberalism warps the logical mind. When one bases big decisions on emotive reasoning, such think such as the following is par-for-the-course:

Another example is this latest one from the past Chair of the Democratic Party:

Here are some other PC headlines from around the world:

As usual the left leaning media will not blame Islam but instead free-speech and the West. 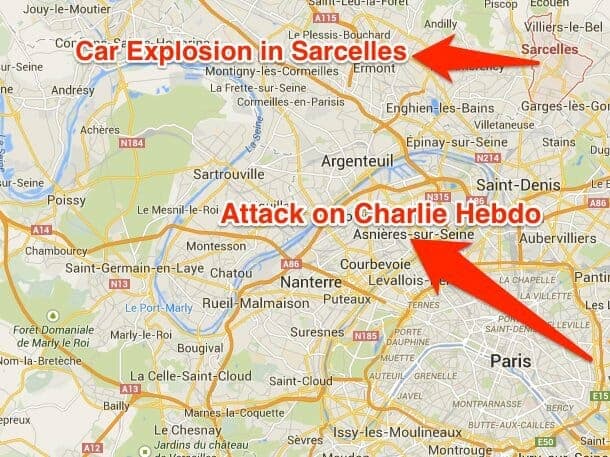 (Business Insider) French media outlet Metronews reports that there’s been a car explosion in front of a synagogue in Sarcelles, a city near Paris where two were two gunmen attacked the office of satirical magazine Charlie Hebdo just hours earlier.

(The Weekly Standard) WH Unsure Whether Murderous Rampage in France Is ‘Terrorism’ ~ ‘If based on this investigation it turns out to be an act of terrorism, then we would condemn that in the strongest possible terms, too’

(Jihad Watch) If they had mocked Jesus only, they would have been lauded and feted by the Western media and intelligentsia. Instead, they also mocked Muhammad, and were thus derided as “Islamophobic.” Now Islamic jihadis have murdered them, in accord with the death penalty for blasphemy in Islam. Will Hollande dismiss this as workplace violence, or even worse, will the Western elites sit back and say, “Well, they had it coming, they mocked Muhammad”? My money is on the latter. 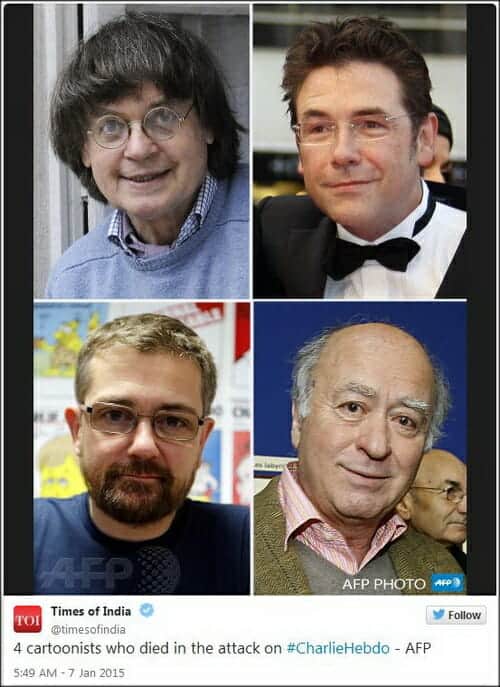