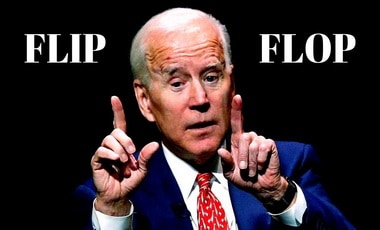 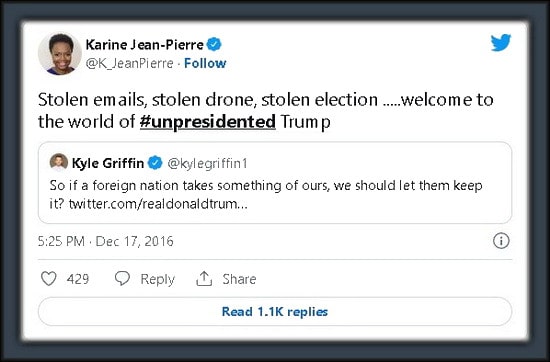 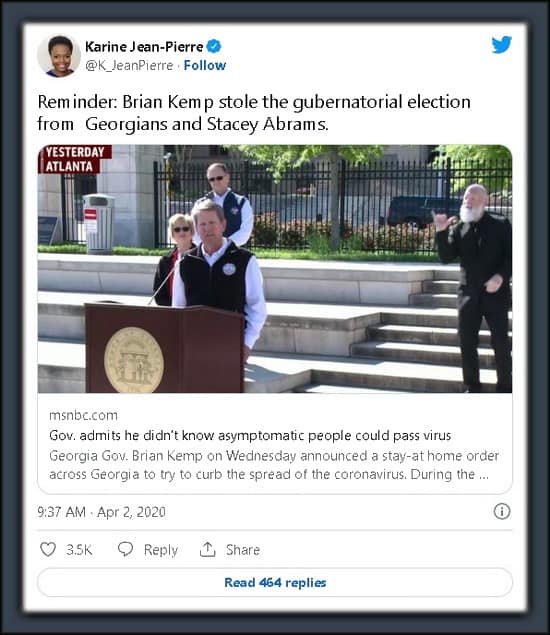 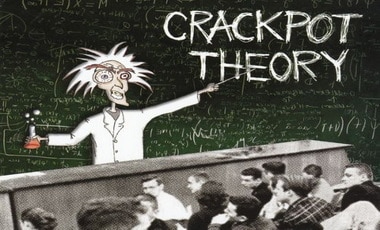 (UPDATED TODAY) The Democrats take to the streets based upon no evidence. Now we have broad evidence of voter fraud and they’re mad that Republicans have the audacity to verify the election results? 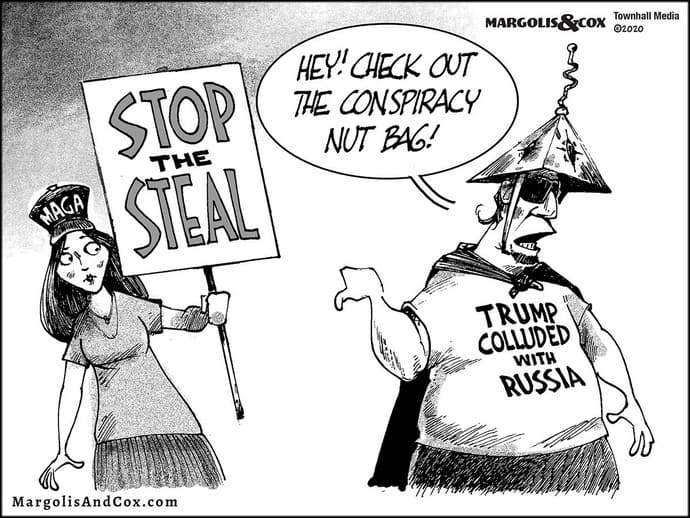 ….Seventy-eight percent of Democrats, according to an August 2018 Gallup poll, believed not only that the Russians interfered in the 2016 election but also that this interference put Trump in office. Our intelligence community reached no such conclusion.

Rep. Maxine Waters, D-Calif., falsely blames President Ronald Reagan’s CIA for playing a major role in the urban crack-cocaine epidemic. Waters even wrote a foreword for a book called “Dark Alliance,” that made this sensational claim. The New York Times, Los Angeles Times and The Washington Post, despite their contempt for Reagan, all disputed Waters’ assertion. The San Jose Mercury News, the newspaper that published the CIA-crack cocaine allegation, issued a retraction of the most serious claims. The reporter resigned, and later, at age 49, committed suicide.

Prominent Black entertainers accused the American government scientists of inventing HIV/AIDS. Comedian/activist Dick Gregory said the virus “was not passed from chimpanzees to mankind, but was probably knowingly developed by doctors and scientists working for the U.S. government.” Bill Cosby said AIDS “was started by human beings to get after certain people they don’t like.” Will Smith claimed, “AIDS was created as a result of biological-warfare testing.” Director Spike Lee said, “I’m convinced AIDS is a government-engineered disease.”

Lee also speculated that the U.S. government, under President George W. Bush, blew up levees during Hurricane Katrina to force Blacks out of New Orleans. “It’s not far-fetched,” Lee said, “and also I would like to say it’s not necessarily blow it up. But, the residents of that ward, they believe it, there was a Hurricane Betsy in ’65, the same that happened where a choice had to be made, one neighborhood got to save another neighborhood and flood another ‘hood, flood another neighborhood.”

So, spare us the concern about irresponsible “conspiracy theories” given the left’s embrace of several, including the damnable lie that the police engage in “systemic” racism against Blacks. For four years, Democrats like former Secretary of State Hillary Clinton and Rep. John Lewis called Trump “illegitimate.” Democrats and the media do not want a Biden presidency similarly handicapped.

Just a flashback of Hillary saying Trump was not legitimately elected (basically for 4-years). See more at: