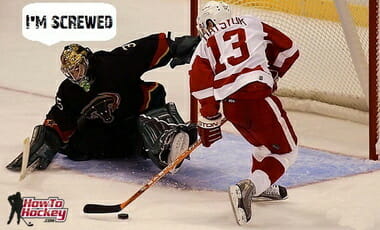 Keep in mind the “Please Share” guys are a mainly “spoof” video maker. Also, the main point here is that yes, both sides make fun of the slip ups… but the amount of attention/space that CNN, ABC, CBS, NBC, MSNBC, KABC, the New York Times, the Washington Post, Chicago Tribune, NPR etc., is telling in that it shows their leanings. They drive the narrative so while I changed my Twitter to “Papa Covfefe G.” to have fun with it, since Nixon the press has labeled Republicans as dumb, racists. Now conservatives in the media and on campuses are called SIXHIRB: sexist, intolerant, xenophobic, homophobic, Islamophobic, racist, bigoted. By leading Democrat politicians. (See Catfish Queen’s humorous detailing of the Left confronting a Red State minded person below)

Dennis Millier said this of Sarah Palin… and is partly why Trumpster won:

✦ I’m a Palin fan because she irritates just the right people for me. I mean, she drives the right people crazy, and I love the fact she’s gotten $7 million up front. You know what, in the world we live, every freak and truth contortionist on the midway is makin’ a buck, why shouldn’t a decent dame like Sarah Palin get $7 million. Is she a genius? No. Are the people who say she’s stupid everyday, geniuses? No. You know what my definition of genius is? When you get $7 million up-front for a book. That’s my definition of genius.

While Trump is bumbling along HUFFINGTON POST notes underneath all the nuggets of energy spent by the MSM, Trump is getting legislation and judges passed and placed (respectively). The Press is like the dog in UP, “SQUIRREL!”

Another 11-judges were just put forward, a thing that would have further destroyed our country if Hillary were putting judges in place that believe in a larger state to interfere more with businesses and peoples lives through legislation and thought/speech codes — “the larger the government, the smaller the individual.” Or as Judge Bork put it:

So, if one thing were done by my voting in Trump was to keep the courts (lower and upper) slightly more pro-business and less regulation minded — HALLELUJAH!

But I get other stuff thrown in… all while the MSM spends hours on Covfefe, a big fat “nothing burger.” Trump has passed more bills brought to him by Congress his first 100-days since Truman… and many of these help small business and reign in legislation meant to tax and hinder the hard-working people of this country.

WHILE I WOULD argue with random liberals on the street, I always kept my conservatism close to my chest when it came to relationships. Being a Republican was a deal breaker; we all knew that—kind of like picking your nose at red lights or stealing tips off restaurant tables. Only Rene and Meredith knew the truth, and, quite frankly, justifying myself to them had become a full-time job. I liked to think of my GOP bent as my alter ego, the smart, conservative superhero itching to burst forth any second to dispel the convoluted beliefs of my new blue state acquaintances. I was waiting for just the right moment to dazzle the ladies at the park or the mothers at Camille’s school with my logic or impress them with my homespun moral values.

But my coming out didn’t happen exactly as I’d scripted. I sat one day with some mothers on the benches that face each other in the middle of Three Bears Park—coveted see-and-beseen seats—where fashionable mothers gab while their kids play nonviolent, character-affirming games in one of Philly’s best neighborhoods.

Suddenly one of the ladies mentioned she’d heard I was writing a column for the Philadelphia City Paper, and all ears perked. “What do you write about?”

“Oh, I write from a red state point of view, to show readers there’s life outside the big city.” I used a folksy voice to come off as charming instead of conservative.

But they were no fools. Claudia Shipman, who was still proudly wearing her Mothers Opposing Bush button weeks after Kerry’s defeat, spoke first. “Are you saying, you’re a—” not even wanting to say the word “Republican” aloud. She said it in a hushed tone like some people say the F word.

This was my big moment. As casually as possible, I told her I voted for Bush and supported the war on terror. I braced myself for a heated debate on Saddam and for barbed comments including the word “strategery.” I mentally ran through a few speaking points I’d gotten off National Review Online and dug in my heels in anticipation.

Claudia’s only response was a rather dejected “But you seem so reasonable.”

The other mothers exchanged worried glances before averting their eyes. I had hoped to trigger an exciting give-and-take, but instead it felt like I had popped a balloon—things just deflated. I think they would have been happier had I proclaimed I was a pedophile on the prowl. Instead, I felt like I’d tricked them into liking one of the prickliest, most off-putting creatures on the planet—a conservative.

To their credit, they handled it with as much grace as they could muster. “You have to meet Louise,” they all said in unison. Evidently there was one other lady in the entire city of Philadelphia who was Republican. “She’s not mean, though,” they clarified.

Several weeks later, I was sitting in Louise’s Delancey Street home, drinking coffee at one of her weekly get-togethers with local women. She introduced herself with a flourish, and I could instantly see how Democrats would overlook her archaic beliefs. She was bright and cheery—a former Philadelphia 76ers cheerleader—confidently offering coffee in mismatched mugs while women casually passed in and out of her kitchen.

“Look what someone gave me! Isn’t this a riot?” she said upon meeting me. She plopped down a book, Dumb Things That Democrats Have Said, right on the place mat in front of me. “I thought you’d get a kick out of it.”

As she flattered around, greeting people who’d dropped in late, I was thrilled to be there—an urban setting where smart women of diverse opinions meet to talk. City life couldn’t get any better than this. I was prepared to meet all my new friends, people who would embrace me and spend hours discussing issues of the day. Months from now we’d be shopping at Tiffany’s, and one of them would turn to me and say, “I knew from the first time I saw you at Louise’s you were the kind of person I wanted to know.”

I snapped out of my reverie when I realized, with horror, that my new friends were entering the room, taking one glance at the book before me, and hurrying to the farthest corner of the room. Louise had left it right in front of me, the social equivalent of having gloppy Kleenexes on your lap. If the book had been titled The Sadomasochist Handbook I’d have gotten a warmer reception. I flipped through it nonchalantly and smiled a disapproving smile. That gosh-darn Louise, I tried to convey. Always joking. But my friendship prospects were disappearing every second the book was visible. I considered slipping it into my purse, but I thought theft might be considered gauche.

Finally Claudia walked through the door, greeted me, and noticed the book. “Dumb Things Democrats Have Said,” she read in a stage whisper, before smiling condescendingly.

“Bringing books like that here will not win you any friends. If you want to be invited back, I’d suggest leaving the propaganda at home.”

I smiled, choosing to act like it was a joke; I didn’t want to incriminate the kind hostess who was obliviously adding cream to people’s coffee.

Another lady chimed in, “You’re smiling because you think we’re kidding. Trust me”—she narrowed her eyes and lowered her voice—”we’re not.”

“I’m not smiling because I think you’re kidding,” I said, hoping to lighten the mood. “I’m just surprised this book isn’t longer.” It went over like a Chappaquiddick joke at a Kennedy house.

This is the second time in my career I posted a HuffPo video. A left leaning patriot debates a radical leftist in regards to bomb making, anarchy, and left-vs.-right views of history. My favorite part is when David McKay says “the left isn’t violent,” and then Brandon Darby retorting, “says the guy who made molotov cocktails.”

In an almost Orwellian way, the Left is changing language again, and the media is spearheading this dangerous endeavor. The Associated Press just the latest, along with several news organizations, including the Miami Herald, Huffington Post and San Antonio News-Express have changed their policies in recent years to drop the term “illegal immigrant” in favor of “undocumented immigrant.” The New York Times will soon follow suit. (See more)