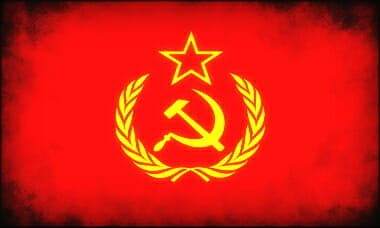 Just a reminder, I am not a fan of the interviewer, but I am a fan of Yuri. I have posted a few of Yuri’s truncated videos HERE. Here is an excellent article by AMERICAN SPECTATOR: The journalist and Soviet defector long ago pegged the current left-wing moment

….The first goal of revolutionary propaganda, particularly the Marxist variety, is to demoralize. It’s to depress you and make you believe your civilization is lost. Once you succumb to that, you are, in the words of Ming the Merciless, “satisfied with less.” Why do you think ordinary white people are so willing to apologize for the sins of their ancestors and to confess to being racist without even knowing it? Why do you think corporate America is blindly endorsing a Marxist revolutionary organization which openly declares war on the nuclear family?

That’s demoralization, and according to Bezmenov it’s the first step in engineered societal collapse.

Bezmenov describes that as a rapid decline in the structure of a society — its economy, its military, its international relations. We’ve discussed in this space the unquestionable impetus on the part of Democrats to keep the economy as hamstrung as possible with COVID-19 shutdowns, and those continue despite a precipitous decline in death rates as testing ramps up across the country. It’s clear the virus is no longer a significant threat to the health of Americans who don’t already have serious medical issues, and yet COVID hysteria is increasing, rather than decreasing. Just Wednesday the Ivy League shut down all its sporting events planned for the fall semester, an absurd decision which is nonetheless likely to be copied by other universities dominated by leftist political activists (the Big Ten, ACC, and SEC are all in various stages of planning conference-only schedules this fall, which makes no sense whatsoever). The virus is the perfect platform by which to impose the economic destabilization the Left has wanted all along.

No, that isn’t a conspiracy theory. They’re telling you it’s what they’re after. Do you believe Ilhan Omar was off-script when she suggested dismantling America’s economy as a system of oppression earlier this week? Ilhan Omar, who paid a political consultant $900,000 in fees last year, money which came from somewhere, isn’t smart enough to say these things without having the script written for her. She’s being trotted out to introduce them because she’s already radioactive and a lightning rod for criticism, and also because she’s (1) black, (2) Muslim, and (3) an immigrant, and even an illegal one. To criticize her statements as cracked bears the signature not of incisive reasoning but rather racism. So when other Democrats join her call you are no longer allowed to object.

Google Omar’s statements and what you’ll find is a loud cacophony of gaslighting by left-wing media outlets like Common Dreams, The Nation, the Washington Post and others attacking Republicans for reacting to what they saw and heard on video as “meltdowns” and “losing their minds.” Even Snopes, the left-wing site purportedly acting as a fact-check operation, declares that Omar didn’t actually say what she said.

That’s destabilization. They’re fully engaged in it, whether you believe they’ve been successful or not. But ask Mark McCloskey, for example, whether he thinks it’s outlandish to suggest the American order has been destabilized. McCloskey told Tucker Carlson that after the police told him they couldn’t protect him after the incident where he and his wife used guns to protect their property from a mob of Black Lives Matter trespassers, he called around to private security firms for help and was given advice to get out of his house and let the mob do what they would. Does that sound like a stable society to you?

The third stage is crisis, the catalyzing event that builds on the first two stages to bring on the change the revolutionaries are looking for. Looking for a crisis? Take your pick. We barely even remember the fact that we just had only the third presidential impeachment in American history half a year ago, a constitutional crisis which was wholly and completely manufactured directly out of thin air. We progressed immediately from that to COVID-19, which was unquestionably a manufactured crisis — not that the virus itself isn’t deadly to a certain portion of the population, but if you think the panic and destruction it’s caused doesn’t smack of manufacture then it’s clear you’ve been demoralized.

And then the George Floyd riots and the paroxysms of violence and virtue-signaling those have brought on, complete with the current campaign to bowdlerize American history and culture in an increasingly indiscriminate fashion. That’s a crisis, everybody, and it’s a completely manufactured one. The speed of the cultural collapse that followed Floyd’s death — when the legal system moved very swiftly against the police officers responsible for it — makes it undeniable this was planned and only needed a catalyst.

What’s the fourth stage? Normalization. As in, a “new normal.” The statues and monuments are gone, the ball games are out, or at least you aren’t allowed in the stadium to watch them (and you’ve got to watch them on TV interspersed with commercial spots and in-game messaging pushing whatever memes and narratives the ESPNs and NBCs of the world and their Madison Avenue partners wish to implant in your mind), the schools have purged American history and culture, the Universal Basic Income checks have replaced your job which you can’t do because the small business where you used to work has gone under thanks to the virus…..

This video was linked via the above story:

This is G. Edward Griffin’s shocking video interview, Soviet Subversion of the Free-World Press (1984), where he interviews ex-KGB officer and Soviet defector Yuri Bezmenov who decided to openly reveal KGB’s subversive tactics against western society as a whole. Bezmenov explains how Jewish Marxist ideology is destabilizing the economy and purposefully pushing the U.S. into numerous crises so that a “Big Brother” tyranny can be put into place in Washington, how most Americans don’t even realize that they are under attack, and that normal parliamentary procedures will not alter the federal government’s direction.

He then explains how Marxist leaders use informers to make lists of anti-Communist and other politically incorrect people who they want to execute once they – actually a Jewish oligarchy – come to power. The oligarch’s secret lists include “civil rights” activists and idealistically-minded “useful idiot” leftists as well.

Bezmenov provides several real world examples of how Marxist leaders even execute and/or imprison each other. Also he explains how American embassy employees were known to betray Soviets attempting to defect, how there existed a “triangle of hate” in the Soviet government, why he realized that Marxism-Leninism was a murderous doctrine, and how the CIA ignored (or didn’t care) about Communist subversion.

He also mentions that revolutions throughout history are never the result of a majority movement, but of a small dedicated and highly-organized group who seize power, whether for good or bad. Next he explains how the American mass media spread lies about life in the Soviet Union.

Bezmenov also explains how the LOOK magazine article falsely claimed that the Russian people were proud of their victory in the Second World War, where in reality the Judeo-Bolshevik-Communist-Marxist government was happy that Hitler had been defeated so that they could remain in power.

Find out how the KGB utilized various individuals to undermine the Western society in its morals and values.