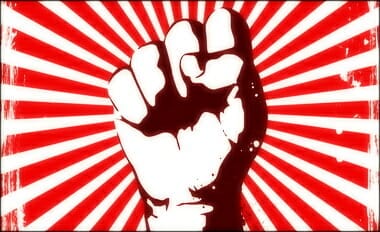 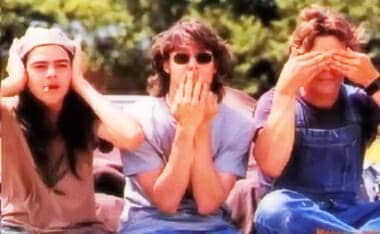 Via The Analytical Conservative (newly added to my “Daily Habit” to the right). I love the vet near the end… awesome. 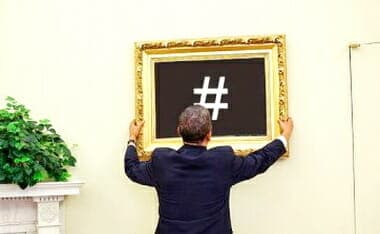 Dan Joseph adds a bit to the understanding of the political nature of the Nigerian government.

(Some cartoons added at the end)

I just think this pop-culture, feel good diplomacy in our current administration is horrible!

Russia is invading its neighbors, China is expanding its claims over the western Pacific, and Islamic militants are terrorizing Syria, Libya, Yemen, Nigeria and other nations. But fear not, America: President Barack Obama has ordered his forces to deploy high-yield tactical hashtags across social media.

As the administration drastically cuts the U.S. military, the State Department’s Jen Psaki launched a brutal fussilade of tweets at Vladimir Putin, complaining that Moscow wasn’t living up to “the promise of hashtag.” Today, a pouty Michelle Obama is facing down Nigeria’s murderous Boko Haram with a hashtagged photo uploaded to Instagram.

Let’s all pray North Korea doesn’t march south or Chuck Hagel will have to curate an anti-Juche Pinterest board.

Steyn Online has this GREAT story that puts it all in perspective:

Obama administration foreign policy long ago passed the stage of self-parody. Yet it has written a new chapter in self-parody as State Department spokesman Jen Psaki engaged last week in “hashtag diplomacy” on Twitter to counter Russian aggression in Ukraine. ABC News picks up the story in “#That’sCold! Russians, US in hashtag battle.” Long story short: the Obama administration has opened up another front in which it is losing to Russia. (Powerline)

I become more and more embarrassed on a daily basis by these Progressive imbeciles who populate the State Department and other U.S. Government agencies, who probably really believe that Vlad Putin cares about someone’s Twitter hashtag and whether or not living up to it will send bad optics to the rest of the world. Jen Psaki seems to believe that Russia can be shamed into cooperating in the Ukrainian crisis simply because they aren’t living up to a “binding” hashtag.

Which of course, isn’t binding at all. It’s actually quite stupid. Jen Psaki declared that Russia hasn’t been following up their hashtag with action. So, there’s that.

If anyone wonders why we’re in such trouble it’s because you can bet that Jen Psaki and the rest of the brain trust at the State Department, up to and including John Kerry, go to bed every night thinking that they’ve outwitted Putin and every other world leader that they deal with.

Poor Jen. (Rotten to the Core)

It is hard not to have total contempt for a political culture that thinks the picture at right is a useful contribution to rescuing 276 schoolgirls kidnapped by jihadist savages in Nigeria. Yet some pajama boy at the White House evidently felt getting the First Lady to pose with this week’s Hashtag of Western Impotence would reflect well upon the Administration. The horrible thing is they may be right: Michelle showed she cared – on social media! – and that’s all that matters, isn’t it?

Just as the last floppo hashtag, #WeStandWithUkraine, didn’t actually involve standing with Ukraine, so #BringBackOurGirls doesn’t require bringing back our girls. There are only a half-dozen special forces around the planet capable of doing that without getting most or all of the hostages killed: the British, the French, the Americans, Israelis, Germans, Aussies, maybe a couple of others. So, unless something of that nature is being lined up, those schoolgirls are headed into slavery, and the wretched pleading passivity of Mrs Obama’s hashtag is just a form of moral preening.

But then what isn’t? The blogger Daniel Payne wrote this week that “modern liberalism, at its core, is an ideology of talking, not doing”. He was musing on a press release for some or other “Day of Action” that is, as usual, a day of inaction:

✦ Diverse grassroots groups are organizing and participating in events such as walks, rallies and concerts and calling on government to reduce climate pollution, transition off fossil fuels and commit to a clean energy future.

It’s that easy! You go to a concert and someone “calls on government” to do something, and the world gets fixed.

There’s something slightly weird about taking a hashtag – which on the Internet at least has a functional purpose – and getting a big black felt marker and writing it on a piece of cardboard and holding it up, as if somehow the comforting props of social media can be extended beyond the computer and out into the real world. Maybe the talismanic hashtag never required a computer in the first place. Maybe way back during the Don Pacifico showdown all Lord Palmerston had to do was tell the Greeks #BringBackOurJew.

~Arguments about why Hillary Clinton refused to put Boko Haram on the State Department terror list are about as useful as an Obama hashtag right now. But it is worth remembering that the group’s first terrorism attack was a recent as 2011. They are, therefore, part of the same metastasization of jihadist violence throughout the northern half of the African continent as the Benghazi assault and the Kenyan shopping-mall attack. This growth of al-Qaeda affiliates went on throughout almost the entirety of Obama’s first term, but because Joe Biden had a cute line (“bin Laden is dead and General Motors is alive”) nobody paid any attention to it. #NothingToSeeHere. Can you guess what percentage of these were done by a white/Hispanic male? Probably none.

Recently, MRCTV’s Dan Joseph was joined via Skype by Professor Robert Lopez, a self-described bi-sexual, who was raised by two lesbian women.

Because of his personal experiences, Lopez is now adamantly opposed to both gay adoption as well as gay marriage. He is now married and in monogamous heterosexual relationship.

The Obama Administration has recently decided not to challenge a judge’s ruling that girls of any age can buy the morning after pill (also known as Plan B) over the counter and without parental consent. MRCTV’s Dan Joseph went to the National Mall to ask Americans the minimum age they think it is appropriate for girls to have easy access to this form of birth control.