Gay Patriot has this great post with commentary by Steyn Online! (BTW, the links that look bad — with a line through them — are still good.) The Left hates free speech, free-thought, and the like. They bow to ideology, not liberty.

What with Brendan Eich being ousted from Mozilla for not agreeing with the Progressive Left on gay marriage, university professors calling for “climate change deniers” to be thrown in prison for their heresies (Galileo Galilei would be having a good chuckle about that), and the University of Michigan and Brandeis University caving to Islamist demands not to let a feminist atheist critic of Islam speak on their campuses… it’s pretty clear the Progressive … and especially, the “Academic” … Left has adopted a Zero Tolerance policy for speech that falls outside their Dogma.

The brilliant Mark Steyn wrote a brilliant essay on the topic.

I heard a lot of that kind of talk during my battles with the Canadian ‘human rights’ commissions a few years ago: of course, we all believe in free speech, but it’s a question of how you ‘strike the balance’, where you ‘draw the line’… which all sounds terribly reasonable and Canadian, and apparently Australian, too. But in reality the point of free speech is for the stuff that’s over the line, and strikingly unbalanced. If free speech is only for polite persons of mild temperament within government-policed parameters, it isn’t free at all. So screw that. [Emphasis Mine]

But I don’t really think that many people these days are genuinely interested in ‘striking the balance’; they’ve drawn the line and they’re increasingly unashamed about which side of it they stand. What all the above stories have in common, whether nominally about Israel, gay marriage, climate change, Islam, or even freedom of the press, is that one side has cheerfully swapped that apocryphal Voltaire quote about disagreeing with what you say but defending to the death your right to say it for the pithier Ring Lardner line: ‘“Shut up,” he explained.’ 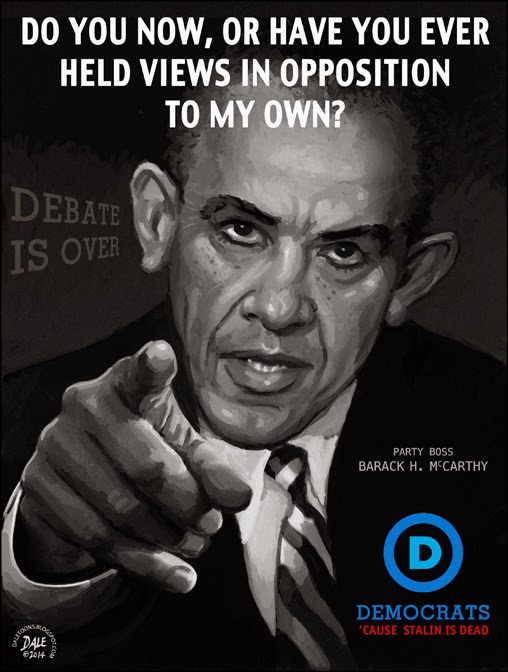 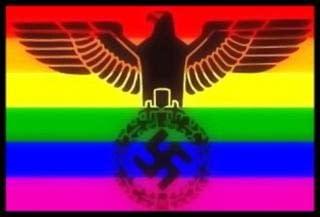 This comes way of a h/t by a friend, and is Robert George (via First Things), and was originally linked by Denny Burk:

Unless, that is, you are the “right kind” of Catholic, Evangelical, Eastern Orthodox Christian, observant Jew, Mormon, or Muslim, namely, the kind who believes your religious or philosophical tradition is wrong about the nature of marriage as the conjugal union of husband and wife, and the view now dominant among secular elites is correct. In that case, Mozilla will consider you morally worthy to work for them. Or maybe you can work for them even if you do happen to believe (or should I say “believe”) your faith’s teaching—so long as you keep your mouth shut about it: “Don’t ask, don’t tell.”

You are disqualified from employment, however, if you reveal your alleged “bigotry” and “cause pain” by stating your convictions. And you are certainly disqualified if you do anything to advance the historic understanding of marriage as a conjugal union in the public square.

You can bet it’s not just Mozilla. Now that the bullies have Eich’s head as a trophy on their wall, they will put the heat on every other corporation and major employer. They will pressure them to refuse employment to those who decline to conform their views to the new orthodoxy. And you can also bet that it won’t end with same-sex marriage. Next, it will be support for the pro-life cause that will be treated as moral turpitude in the same way that support for marriage is treated. Do you believe in protecting unborn babies from being slain in the womb? Why, then: “You are a misogynist. You are a hater of women. You are a bigot. We can’t have a person like you working for our company.” And there will be other political and moral issues, too, that will be treated as litmus tests for eligibility for employment. The defenestration of Eich by people at Mozilla for dissenting from the new orthodoxy on marriage is just the beginning.

As I see it, those who are on the right who are religious better also become familiar with those who are conservatively libertarian who happen to be gay ~ like the people at gaypatriot.net. In other words, Catholics, Evangelicals, Orthodox Christians, Mormons, observant Jews, and the like shouldn’t be all whom we should join hands with. There are gay men and women who want the Constitutional Republic to succeed, UNLIKE their counter-parts on the left (a majority of leftists in fact). And to my friends who are of the right-leaning/homosexual persuasion, do not dismiss resources like What Is Marriage?, or people who may have a religious worldview that considers the full approval from society on same-sex relations immoral. We fall into the Reagan line of demarcation when he said, “somebody who agrees with you 80% of the time is an 80% friend not a 20% enemy.” 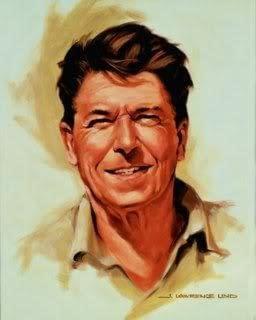 To wit I will post again a paragraph written by Gay Patriot I loved, and that gets to the bottom of the matter… and it is this: don’t be so myopic to see this as an attack of gays, see it as the rotten fruit which infects all conservatively minded views of society, theology, liberty, and what constitutes happiness ~ e.g., LEFTISM.

My compatriots who are conservatively minded will hear–for instance–Tammy Bruce (above) mention she is FOR gay-marriage… and they simply dismiss her (some will). What she means when she states such a thing and what Andrew Sullivan means are two VERY different things. The former wants the people, state-by-state to be persuaded enough that this is the right step for society in their state/country. She rejects the abuses by judges to usurp the will of the people.

The latter wants it effectively shoved down our throat while acting surprised that the progressive establishment he has supported during his career has — gasp — tyrannical tendencies. (One need only view history and see that pretty much any totalitarian movement in the 20th century have been leftists.) Yesterday, Dennis Prager had some great commentary that builds on this these somewhat:

Some compatriots in the fight for liberty… not totalitarian equality: 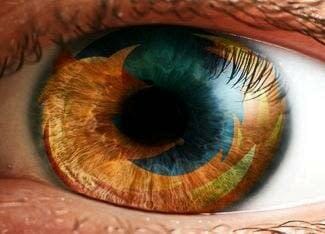 ...Tammy Bruce Lays Down the Law!

Breitbart posts the AP story on Brendan Eich that should familiarize those with the story:

Mozilla co-founder Brendan Eich is stepping down as CEO after protests of his support of a gay marriage ban in California.

The Mountain View-based nonprofit maker of the Firefox browser had promoted him last week.

At issue was Eich’s $1,000 donation in 2008 to the campaign to pass California’s Proposition 8, a constitutional amendment that outlawed same-sex marriages. The ban was overturned when the U.S. Supreme Court last year left in place a lower-court ruling striking down the ballot measure.

She says Mozilla believes in equality and freedom of speech. It is still discussing what is next for its leadership.

Gateway Pundit drives home the importance of this action that should imbolden those who care about freedom:

And, how did gay groups know Eich donated money to the Proposition 8 Campaign? Because the Obama IRS leaked this information to a gay-advocacy group in 2012. First Things reported, via The Tatler:

Amazingly enough, it is entirely due to the fact that Eich made a $1,000 donation to the campaign urging a ‘yes’ vote on California’s Proposition 8. When this fact first came to light in 2012, after the Internal Revenue Service leaked a copy of the National Organization for Marriage’s 2008 tax return to a gay-advocacy group, Eich, who was then CTO of Mozilla, published a post on his personal blog stating that his donation was not motivated by any sort of animosity towards gays or lesbians, and challenging those who did not believe this to cite any “incident where I displayed hatred, or ever treated someone less than respectfully because of group affinity or individual identity.”

Gay Patriot adds some key thoughts with a couple posts from Twitter (above and below):

The hounding of Brendan Eich has inspired Andrew Sullivan to direct some disapprobation toward some people who actually deserve it for a  change.

His flaw lies in assuming the progressive left wants a “tolerant and diverse society.” They don’t. Read the responses to his Tweet. Most of them are totally on-board with intolerance and witch-hunts.

The gay left is reveling in their power to ruin anyone whose opinion is not in line with what they consider acceptable. As I said before, they are only going to get more obnoxious….

….Political correctness begins on your own desktop, my friends. The Los Angeles Times maintains a database of contributions for and against Proposition 8. The database includes the names of a donor’s employer, as is required by campaign finance law. I checked the records for some of the largest technology companies in Silicon Valley: specifically those that were in the Fortune 500 as of 2008. The list includes Hewlett-Packard, Intel, Cisco Systems, Apple, Google, Sun Microsystems, eBay, Oracle, Yahoo, Advanced Micro Devices (AMD) and Symantec. I limited the search to donors who listed California as their location.

In total between these 11 companies, 83 percent of employee donations were in opposition to Proposition 8. So Eich was in a 17 percent minority relative to the top companies in Silicon Valley…

Follow the link for Silver’s table with the numbers for each company. The only footnote to Intel being the sole outlier is that, at Hewlett-Packard, while there were more employees who donated against Prop 8 than for it (103/54), supporters ended up donating more actual money than opponents did ($40,990/$32,616). Sounds like someone, or ones, at HP is busting out big bucks to defeat equality. We should find them. “HP” does resemble “H8,” you know….