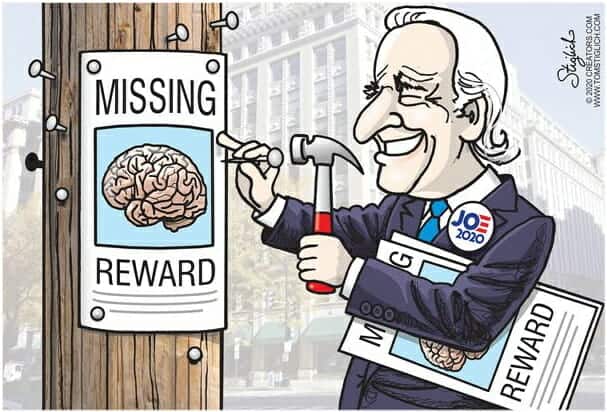 Well, others have said the same thing, but I noted it as well, here: 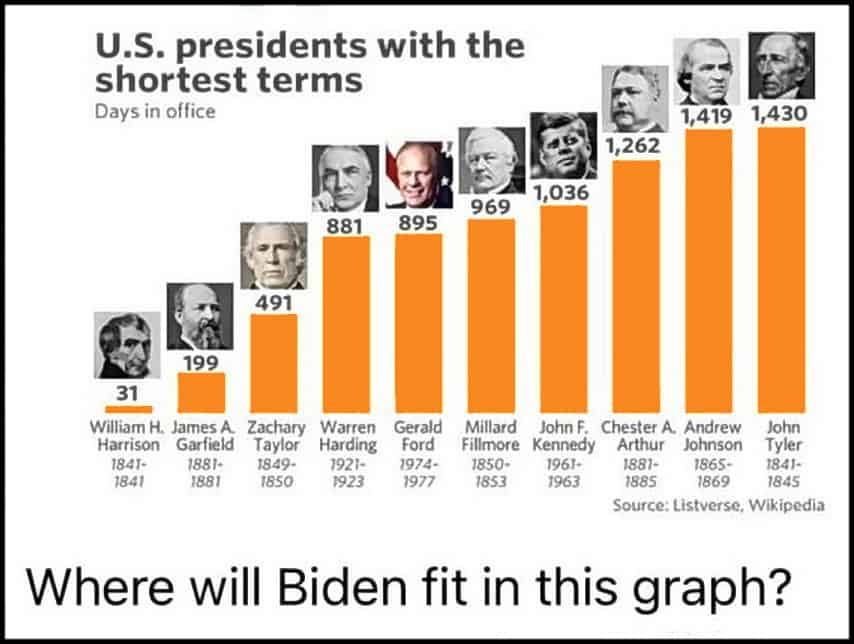 But 6-months is a safe bet — 3-and-a-half- years seems like the number — in political and Christian time at least. This is what Dems really want. They worship the “Liberal Trinity,” race-class-gender — and Harris is their current idol. Why did they change the 25th Amendment? Making it easier to remove a sitting President? I think Trump will win on this as well (emphasis added):

(October 9, 2020) President Trump on Friday agreed with House Speaker Nancy Pelosi that her plan for a 25th Amendment commission to evaluate presidential fitness isn’t really aimed at him — saying it was instead a plot to install Kamala Harris in the White House.

Trump tweeted that Congressional Democrats secretly hope to replace Democratic nominee Joe Biden with his much-younger running mate if they successfully deny him and Vice President Mike Pence a second term in the Nov. 3 election.

“Crazy Nancy Pelosi is looking at the 25th Amendment in order to replace Joe Biden with Kamala Harris,” he told his 87 million Twitter followers.

“The Dems want that to happen fast because Sleepy Joe is out of it!!!”

WRITING A SPEECH FOR BIDEN CAN BE HELL. AND THAT WAS BEFORE THE INAUGURAL.

Joe Biden paces as he dictates long portions of his speeches to aides, spinning out thoughts that quickly pile into six, seven or eight paragraphs of copy, only to later be scrapped.

“I would never say this,” Biden once snapped at an aide, aghast over the prepared remarks he was reviewing, according to a person in the room during a speech prep session last year. “Where did you get this from?’”

The aide explained that Biden had just said it in a public speech a couple of weeks earlier.

Wow. It’s one thing not to remember something you said two weeks ago. It’s another thing to not remember and then think it’s something you “would never say”. His brain is definitely riding the struggle bus.

The question is why are they just now revealing this? They clearly knew about this during the campaign trail, but they held this back until the day he’s sworn in? The media in this country is utter garbage. Nothing but a big propaganda arm of the DNC.

But as I suggested in the title, this could be the beginning of the end of Joe Biden. Nancy Pelosi and her 25th amendment commission might be coming for him soon…

Yep. And yep… not only have the Democrats done everything they claim Republicans have (colluding with China, using quid-pro-quo against Ukraine, having criminal children, etc), this is yet another “told-ya-so” moment coming down the turn-pike.