I will post the teasers to Larry Elders film, UNCLE TOM after this Biden “if you don’t vote Democrat then you aren’t ‘authentic black'” moment. This movie can’t get here quick enough: 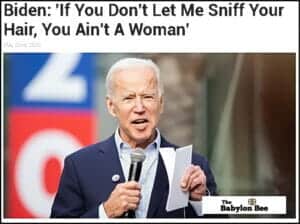 Biden has benefited by his hiding-in-the-basement strategy, which allows his handlers to minimize his gaffes. But even in that controlled environment, Biden gonna Biden, a preview of the general election.

A good example of what the general election holds in store for when Biden no longer can hide was revealed during a Biden appearance on The Breakfast Club, hosted by ‘Charlamagne Tha God’:

BIDEN: “If you have a problem figuring out whether you’re for me or Trump, then you ain’t black.”

CTG:“It don’t have nothing to do with Trump, it has to do with the fact — I want something for my community.”…. 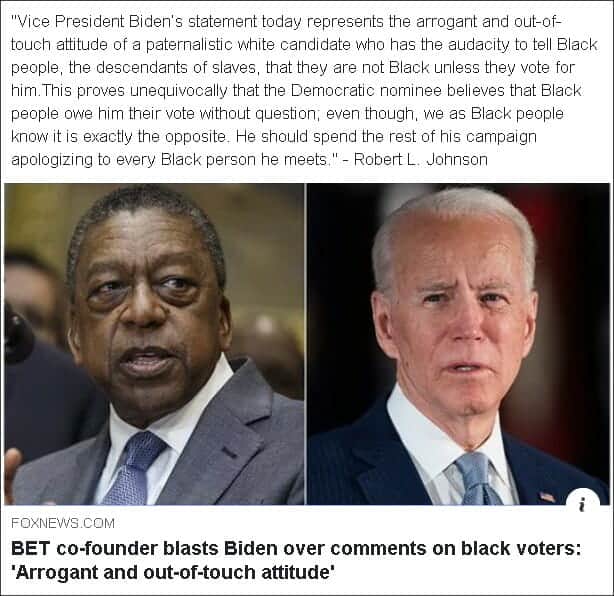 BREITBART has a list of 10 “could be racist offenses” of Bidens, Here are six:

“I was in a caucus with James O. Eastland [and Herman Talmadge],” Biden said with an attempted Southern drawl. “He never called me boy, he always called me son.”

Eastland and Talmadge were arch-segregationists who opposed civil rights and saw black people as an “inferior race.”

3.) Brags About Segregationist Democrat Not Calling Him “Boy” Like He Did Others – 2019

“I was in a caucus with James O. Eastland,” the former vice president said while putting on a Southern drawl. “He never called me boy, he always called me son.”

By the way, you know, I sit on the stand, and it get[s] hot. I got a lot, I got hairy legs that, that, that, that turn blonde in the sun, and the kids used to come up and reach in the pool and rub my leg down so it was straight and then watch the hair come back up again. They’d look at it. I learned about roaches, I learned about kids jumping on my lap.

When he spoke, Biden was surrounded by black children, he was also referring to his time as a lifeguard, where he says the swimmers were mostly black kids.

You cannot go to a 7-Eleven or a Dunkin’ Donuts unless you have a slight Indian accent. I’m not joking.

You got the first mainstream African-American who is articulate and bright and clean and a nice-looking guy. I mean, that’s a storybook, man.

An oral history of The American Black Conservative.