What is interesting to me is that with all the use of NAZI and comparison to Fascism, that those who hate fascism… real fascism, are missing the historical connection of the actions taken in pre-war Germany? Here is the latest use of NAZI for those that are voters for Trump:

Firstly, I documented the MANY instances of violence against people known to be Trump supporters: 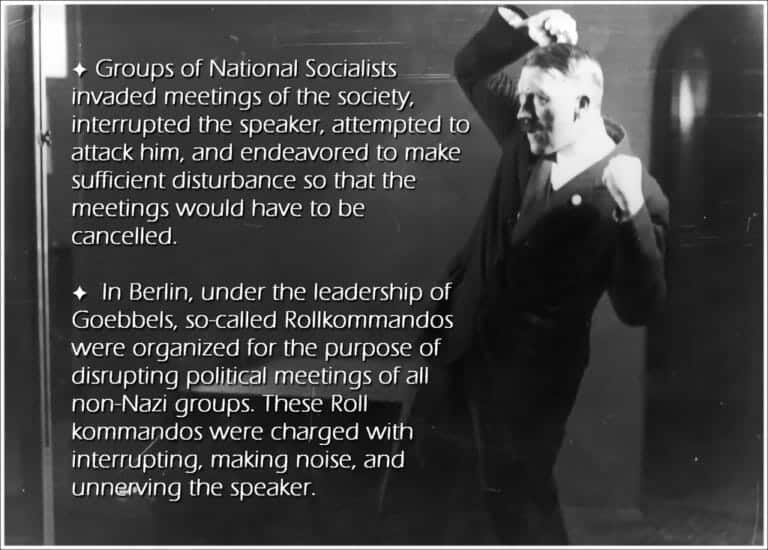 …I could go on, but you get the point.

But what is interesting is that groups (mobs) of people chase Trump officials out of normal life activities:

They refuse service to people (and remember please, that this has no correlation to people refusing to celebrate same-sex marriage. In all cases [the flower shop and bakeries] gay people were served in normal experiences. All that was refused was the creative skills to support a wedding. In other words, gays shopped at these places regularly and is why they knew about the people they wished to have do their weddings. The below example is just refusing business… which I also, as a Constitutionalist, support. But THIS is closer to the treatment of Jews in pre-war Germany than anything else the “right” has done.): 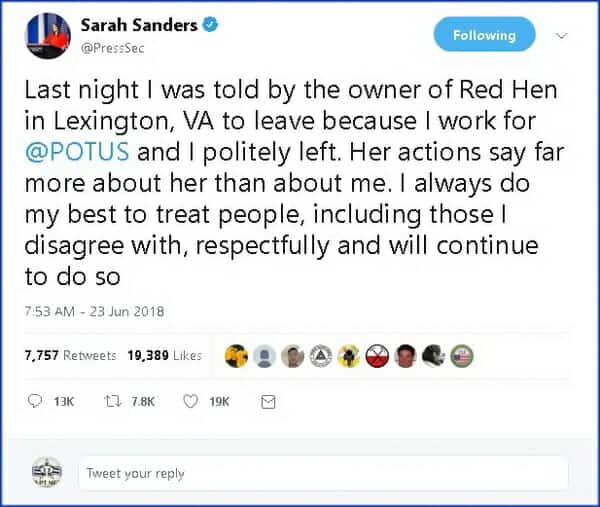 Or harassing families at their homes:

The above has happened many times before, one example is this:

All this calling people NAZI’s will get people hurt. Here is an excerpt of an excellent article by ISRAELLY COOL:

When you make the comparison, you not only excuse vile behavior, but you make it an imperative

Imagine if you Hitler was alive. And you had the means to stop him. What would you do? This is a bit of no-brainer – most of us would take him out, and I don’t mean to dinner.

By comparing Trump to Hitler, you are just begging for someone to assassinate him.

Here is the latest example of the Left’s call to violence:

Maxine Waters orders MORE public harassment of Trump aides: ‘God is on OUR side!’

….“History will record while he tried to step on all of us, we kicked him in his rear and step on him,” she yelled, whipping up the crowd.

“If you think we’re rallying now, you ain’t seen nothin’ yet,” she warned.

“And guess what,” she predicted, “we’re going to win this battle because while you try and quote the Bible, Jeff Sessions and others, you really don’t know the Bible.

“And so, let’s stay the course. Let’s make sure we show up wherever we have to show up and if you see anybody from that Cabinet in a restaurant, in a department store, at a gasoline station, you get out and you create a crowd and you push back on them, and you tell them they’re not welcome anymore, anywhere,” she yelled.

Waters remarks were then marred by a screeching microphone.

“Mr. President, we will see you every day, every hour of the day, everywhere that we are to let you know you cannot get away with this!” she yelled.

Waters was referring to Department of Homeland Security Kristjen Nielson, who was heckled in a D.C. restaurant, and later had protesters playing loud speakers outside her home.